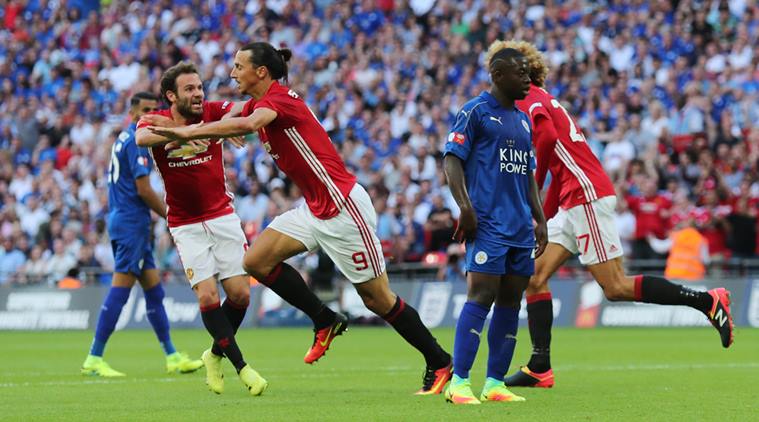 A long time ago in a galaxy far, far away (or at least it seemed that way), the champions coming to Old Trafford was par for the course, because it was their home. These days the champions playing at Old Trafford is more of a rarity. Nobody however, could have ever sanely predicted that United would be hosting English Champions…Leicester City! Yet here we are and make no mistake United need to win and win well.

Midweek saw United arrest a mildly alarming mini slump with an imperious performance over the mighty Northampton Town, a team packed full of renowned world class stars. Now United need to get back to winning ways in the league but its more than that, United need to perform well, very well. A scrappy narrow win won’t do anything to arrest the malaise that seems to be creeping back in from the Van Gaal era. As if the ghost of the Dutchman’s bitterness refuses to be exorcised.

The three successive United defeats all featured the same traits. Sluggish sloppy play lacking in any cohesion. As opposed to the well-drilled neighbours who toppled us in the Manchester Derby, United looked like a collection of disparate individuals who had never even met before. Like a speed dating night gone wrong. To lose to City was one thing to throw away a game to Feyenoord and self-destruct against Watford – aided by professional wrestling referee Michael Oliver – though has started to worry people.

United need to use this match to make a statement, not simply for the rest of the league but for themselves. To rebuild lost confidence, likely not helped by Mourinho publicly criticising his players. Mainly because United’s players have gotten used to nobody saying anything to them when they were complete and total toilet. The atmosphere right now is a little down but its early days. Failure to produce a good showing against Leicester come Saturday lunchtime the atmosphere may begin to spill over into rancour with hints of mutiny.

However, United will not be able to make any statement of intent without the manager making the necessary tough decisions to lay out a more balanced side.

Chief among those decisions will be dropping Wayne Rooney (yes this again!) Against Northampton this incarnation of United’s captain looked more like he had found his level. He did though still at times resemble a drunken musk ox. It’s a sad sight to see a man who clearly knows what he wants to do but his body simply won’t allow it. Whether the legs have just gone, he is subconsciously demotivated or it’s a combination of the two, Rooney looks like a punch drunk boxer continuing to get in the ring against all sound advice.

Mourinho needs to inject some life back into the team and work out how to get the best out of Paul Pogba. Forget the silly comments from people whose idea of continental football is kicking a ball about on the beach in Magaluf. The rangy, young Frenchman is of real quality. The clamour is for a switch to a three-man midfield in a 4-3-3 with Pogba, Herrera and Carrick. Linked up with two technically sound and disciplined midfielders should not only allow Pogba to burst forward but increase the tempo United play that and allow them to recycle and monopolise possession effectively.

Maintaining possession and pressing aggressively will be important to nullify Leicester’s danger men of Drinkwater and Mahrez. The latter had failed to build on last season until their Champions League campaign started and they suddenly burst into life as if Tony Britten’s Champions League anthem acted as some sort of tonic. Leicester, could do with a win as much as United, with only seven points from their first five games, and one suspects the scalp of Mourinho’s United may spur them into life.