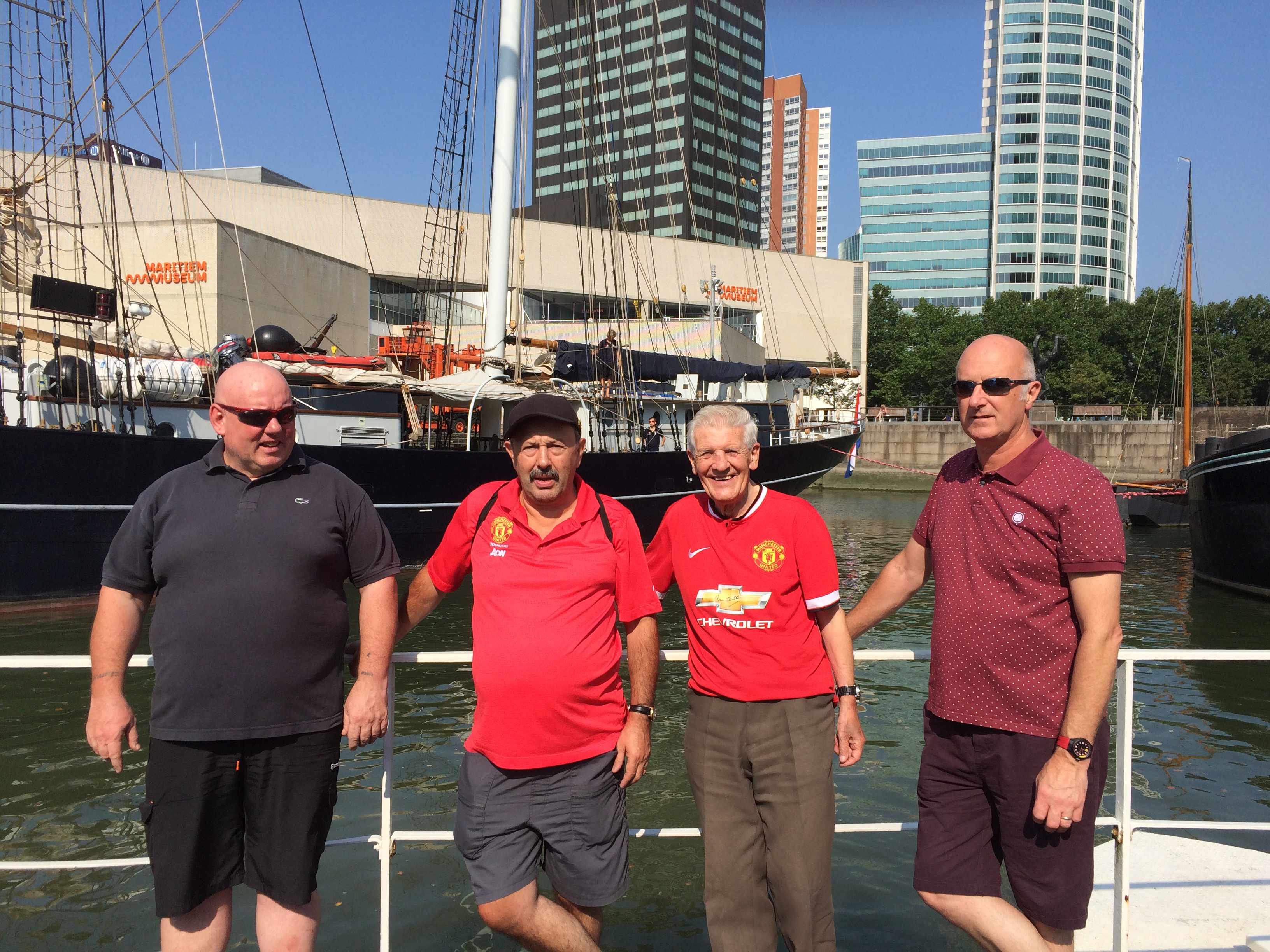 This diary account was submitted by Peter Bolton, a well-known and respected individual within the Manchester United fan base.

Late night again last night. Old John decided to buy a bottle of whisky in the Liverpool duty free while delayed — not realising he couldn’t get it back through security on return, so it had to be drank.

After a late breakfast we wandered into the centre on another beautiful sunny day.

Then out of the nearby hotel, came the full United squad for a pre-match stroll. The SPS security lads had their hands full trying to stop locals having ‘selfies’ with the players.

There was less than 50 Reds in the organised fan zone – but opposite was a lovely outside bar packed with hundreds. The police were in disbelief as we took over a ‘home fans’ bar when they had already laid out our own fan zone area.

Eventually we were all herded to the stadium. The 3 tier ground had their first tier completely closed – but that was less than 1/3 closed rather than ‘1/2 the ground’ like we were told beforehand.

After the poor game – we were kept in for about 1/2 hr before all being put on a special 1200 seater FREE train. First stop Rotterdam Central and second, or last, stop Amsterdam Central. They provided an excellent service and we’re still unsure who footed the bill but it was a great idea to get us all away from the stadium.

Earlier we stocked a couple of our room’s mini fridges with cans from the corner shop, so it was out on the balcony to have a (cheap!) quiet evening overlooking the canal.

Train to Amsterdam before our flight back to Liverpool. Hopefully, we’ll have better luck with EasyJet than on the way out!

After the u18s away at city on Saturday it’s another away game at Watford on Sunday in the Premier League. Yet again, it’s televised so it’s another ‘daft o’clock’ start.