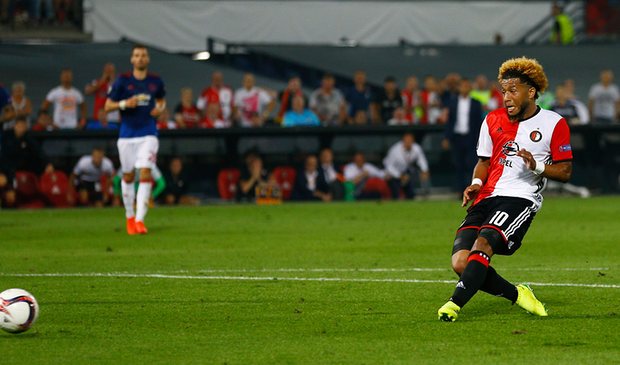 Mourinho wasn’t exactly discreet with his contempt for the Europa League in the build up to kick off in Rotterdam.

Well it, certainly showed. United drifted between abject and ordinary against opponents whose glory days are long behind them. Sloppy, slow, and devoid of energy or passion, it was like Van Gaal never left. Mourinho’s negative attitude towards the competition very clearly passed down to the players. Unfortunately, United have only won one trophy in the last three seasons and beggars can’t be choosers no matter how much money they spend. This is an opportunity for the club to win the one trophy that has eluded them and their beginning was abysmal.

United and Pogba need to makes things work, and quickly.

If one player, more than any other, personified United’s performances tonight, it was Paul Pogba. A horribly ineffective, undisciplined display by the Frenchman was a microcosm of the team as a whole. Pogba is a stellar talent and a very good player, but not the finished article. Nor has he been back at United long since departing as a callow youngster. He needs more time to adjust. Nevertheless, European football is the one arena in which you’d expect him to impose himself, being a Champions League veteran.  Nobody expects Pogba to be Patrick Viera in his pomp immediately, at least no one with common sense, but even Memphis Depay managed to look good in parts during United’s awful European campaign last year.  Fans are right to expect better than what they saw from their prodigal son against Feyenoord.

After a mediocre performance against Manchester City from many of Mourinho’s early favourites, tonight was a chance for several players to impress. Unfortunately, bar a bright and breezy Marcus Rashford, fighting manfully upfront on his own with service about as useful as Talk Talk’s help desk, tonight was a failure all round. Antony Martial’s second season malaise continues. Rojo was terrible, as expected. Morgan Schneiderlin looked shockingly lightweight. However, it was the trio of Smalling, Darmian and Herrera who disappointed most. All three had excellent opportunities to press their cases ahead of the trip to Watford. All three failed to take those opportunities. Considering Mourinho’s history as a ruthless operator, there may not be many more chances to spurn.