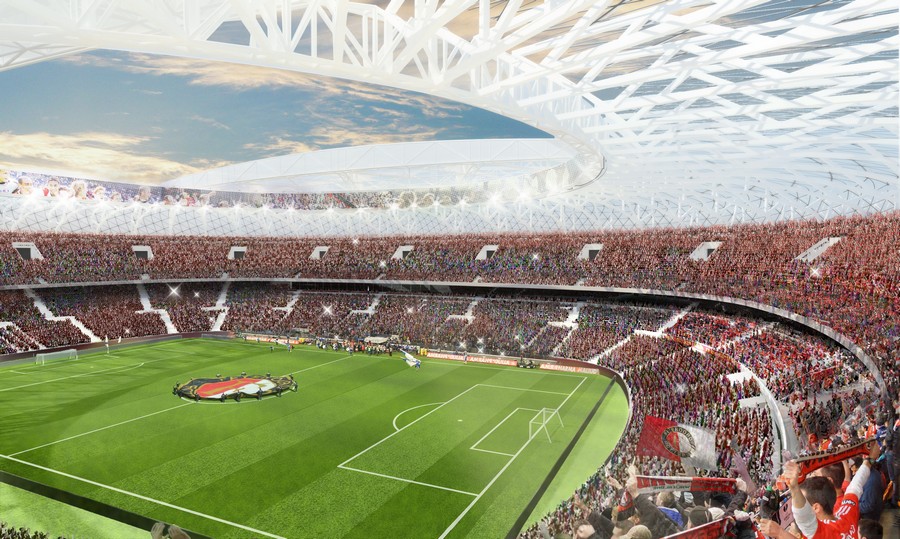 Anticipating United’s arrival, Feyenoord ought to be considered another big club sat in the Europa League with history in the superior Champions League. Both clubs probably feel they deserve more but due to short-comings, they must settle for second best and hope it doesn’t happen again next season by securing qualification for Europe’s most prestigious competition.

Feyenoord won at the weekend – at home to ADO Den Haag – but the biggest story from the game came when the Den Haag supporters flung soft cuddly toys to a group of children from a local cancer hospital. It was a beautiful touch applauded by the home fans.

Former Liverpool midfielder Dirk Kuyt was among the scorers on Sunday, although he will not expect a welcome return when both sides meet at Old Trafford later this year.

While everyone in Manchester is still reflecting on a disappointing derby defeat, Mourinho will undoubtedly go into this game with one eye on Sunday’s encounter at Vicarage Road versus Watford. It’s important to bounce back from last week’s loss with two wins over Feyenoord and Watford to put a spring back in the player’s step and clock up more essential points in order to progress.

However, the Europa League is a funny old competition. Part of me would prefer if United weren’t involved but from another perspective I’m looking forward to seeing fringe players like Memphis Depay get an opportunity to prove their worth. United also have a healthy group of established European sides – excluding FC Zorya Luhansk – which adds some excitement to midweek football for fans, especially those experiencing new cities.

Sergio Romero, who is yet to play this season, should come in for David De Gea, while Mourinho could pick a completely different back four of Matteo Darmian, Marcos Rojo, Chris Smalling and Phil Jones. The Argentina international is fully expected to replace Luke Shaw at left back, and the midfield may be uprooted with introductions of Morgan Schneiderlin and Michael Carrick.

After a disappointing performance against City, Henrikh Mkhitaryan should start again in order to get more game time under his belt. The Armenian returned from international duty with a knock before being given his first United start versus Pep Guardiola’s men. A big ask for a new signing, so I wouldn’t worry too much about his display.

Up front Mourinho ought to start with Marcus Rasford, the young prodigy every red is crying out to see in the starting line-up. He’s a nightmare for defenders, running directly at them whenever on the ball, twisting and turning with power until he finds himself in a position ready to shoot. Meanwhile, Zlatan Ibrahimovic, who is doing superbly since joining on a free from PSG, could do with a rest.