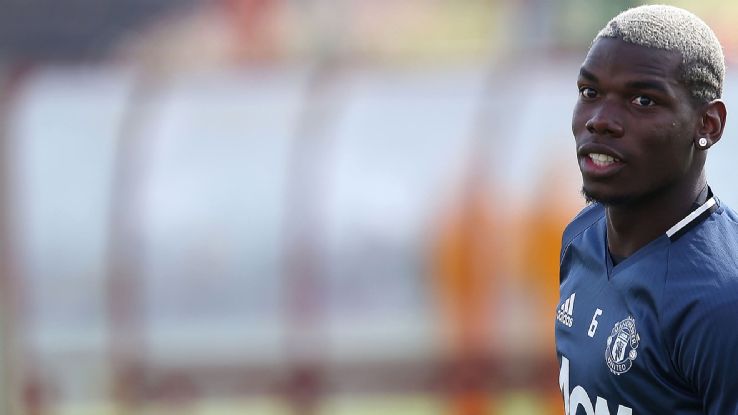 Four years ago, a disgruntled young footballer left a club at the top of the pyramid to pursue his career elsewhere. He was portrayed as a player without patience, one who would choose riches over his guaranteed development under one of the finest managers of the game. Today, it is widely accepted that Sir Alex Ferguson made a mistake, possibly the biggest of his career, in disregarding the young man’s talents.

However in the last four years, Paul Pogba’s rise has been immensely quick, even by the standards of his supporters. For a player who couldn’t get into a midfield comprising of Ji-Sung Park and Rafael Da Silva, against Blackburn of all teams, he quickly established himself at Juventus. Now Mourinho, who has reached Old Trafford three years too late by his own measure, has made Pogba the most expensive footballer of all time.

The reasons for such a transfer are obvious for both parties. Despite our relative lack of success since Ferguson’s departure, Manchester United remain one of the biggest and richest clubs on the planet. Pogba has already spoken of how Old Trafford was a first footballing home for him, and how he bears no ill-will to anyone at the institution. Obviously, he wants to come back and prove himself at his first stomping ground. For Mourinho, the transfer could provide a significant boost to an ailing team. Midfield has been a problem for United since the days of Park and Rafael, and that Pogba-sized hole has not been filled in the intervening period. Van Gaal tried last summer by recruiting Schneiderlin and Schweinsteiger, but the experiment failed. The Frenchman was overawed by the occasion on the few chances he got, while the German captain rarely lit up the pitch when he was not injured. On the other hand, a first-choice midfield of Mkhitaryan, Pogba and Carrick promises significant amounts of steel and silk.

However, for Mourinho, there is an even bigger reason for Pogba’s recruitment. Despite the support at his first friendly against Wigan, he knows that many fans are still undecided on his appointment. Even Sir Bobby Charlton shared misgivings about the appointment before Ferguson’s retirement. When asked about Mourinho’s eye gouge on the late Tito Vilanova, he replied, “a United manager wouldn’t do that. Mourinho is a really good coach, but that’s as far as I would go really…He pontificates too much for my liking.” When legends are unsure about managerial candidates, it’s hard to blame the fans. The Portuguese’s strained, if respectful, relationship with the club over the years had not helped his case either.

Mourinho’s first encounter with Manchester United came in 2004, when his all-conquering Porto side met Ferguson’s giants in the quarterfinals of the Champions League. An injury time Costinha goal led to that famous dance along the touchline that provided a glimpse into the headline-grabbing personality, which would grace English shores by the summer. However, to Ferguson and the fans, who had seen a Scholes goal wrongly and infuriatingly given offside, it seemed like poor sportsmanship. The Scot would never admit it aloud, but it would become the start of a subtle rivalry between the working class Glaswegian and the flamboyant Portuguese. His introduction to Chelsea, where he infamously appointed himself the Special One, seemed like further proof of his undeserved arrogance. Who did this upstart think he was, taking on the traditional might of managers like Ferguson and Wenger?

Yet, Mourinho managed to substantiate his talk with brilliant results. Not only did he break up the decade-long Arsenal-United duopoly over the Premier League, but he also comprehensively beat them both. He has only ever lost two matches against Manchester United, while Wenger is still waiting to beat him in a competition other than the pseudo-friendly Community Shield. And, despite the claims of his inability to create a team, the core of his first Chelsea side were the backbone of the club’s continued success culminating in the Champions League victory in 2012. Between 2004-2007, he came, he saw and he conquered two league titles, a League Cup and a FA Cup in England. The latter was even won at the expense of Ferguson’s Manchester United, the closest the Scot would come to winning the cup again until his retirement.

Once Mourinho left Chelsea in acrimony at the start of the 2007/08 season, Manchester United fans could take a step back and accept his genius. In a season when Ferguson led them to the European double, they could finally appreciate what Mourinho had done in London. To win the club’s first title in half a century, to go on a 40-game unbeaten run, and to maintain an invincible record at home were all immense achievements. When he led an unfancied Internazionale side to treble in 2010, his talent became unquestionable. Winning the competition with one underdog in 2004 could be explained away. Winning two, as many as Ferguson had with United over 27 years, was proof of his rightful place among the greatest European managers of all time. It didn’t hurt that he had outthought and outfought Guardiola’s Barcelona along the way. After the hurt of the 2009 Champions League final, anything to bring down the tiki-taka masters was a bonus for the red half of Manchester.

When he joined Real Madrid in 2010, catching up with Cristiano Ronaldo, Mourinho’s career seemed to be moving in only one direction. However, those three years in Spain would taint the Portuguese beyond anything he could have imagined. He already had a reputation as a defensive, destructive manager, but his actions in Spain only furthered the idea that he was also a defensive, destructive man. On the field, and despite the record-breaking success of the 2011/12 season, his disruptive tactics in matches against Barcelona would only gain him scorn, particularly as he rarely won those matches. Off the field, he nearly committed irreversible damage to his reputation, as he picked fights with anything and anyone. This culminated in the 2012/13 season, his last in Madrid. It started with an on-pitch fight against Barcelona in the Supercopa de España, including that undignified attack on Vilanova, and ended with public arguments with the influential players at his own club. His actions would effectively signal an ignominious end to the phenomenal career of Iker Casillas, as well as Mourinho’s first trophyless year in management.

His downfall could not have come at a worse time for Mourinho. The one club he had always wanted to manage, Manchester United, were finally on the market after Ferguson’s surprise retirement in May 2013. However, as he was coming off his worst season personally and professionally, the serial winning Mourinho was ignored for the trophyless David Moyes. When it started to become obvious that the ex-Everton man would not be able to emulate his Scottish predecessor, the ruthless media’s links between Manchester United and Mourinho shifted into overdrive, despite the latter’s return to Chelsea. However, the appointment of Van Gaal ended any speculation. His reputation as both Mourinho’s first mentor and as the best coach at the 2014 World Cup had rendered him a perfect choice for the Reds. This was a man who could promise both trophies and style while remaining comfortable at the helm of England’s largest club.

In his first season, Van Gaal’s United showed signs of progress, returning to the top four and European football after an enforced absence under Moyes. Even though Mourinho had won the title at Chelsea, most United fans were satisfied that their club finally had some direction in the post-Ferguson period. However, the 2015-16 season would prove to be a disaster for both Manchester United and Mourinho. Chelsea were languishing near the relegation spots when Mourinho was finally fired in December, while Van Gaal could only lead United to fifth place while playing some of the most turgid football in Europe. It didn’t help that both these giants had decided to fall in the very year that Leicester City showed the world that all you needed was basic organisation and desire to win the Premier League. Going into the summer of 2016, Mourinho and Manchester United were at their lowest points in recent history. Much like two unhappily single friends in their forties, they decided to get into bed together simply because they could think of no better options.

Both club and manager realised that they would have to sell their union, and they have set about it an aggressive manner. Mourinho’s season-long scandal with Eva Carneiro was finally put to bed days after his appointment in Manchester was announced. Additionally, the much-maligned Ed Woodward finally stepped up his efforts to efficiently bring in the players his manager wanted. The first signing, Eric Bailly from Villareal for around 30 million pounds, was a smart transfer, if not a strong statement. However, that was to be rectified in the following days. In the week before Mourinho could officially be unveiled, Manchester United successfully signed both Henrikh Mkhitaryan and Zlatan Ibrahimovic. While these signings were undoubtedly necessary to simply inject some quality into a stale side, they were important as a declaration of intent. Mourinho was going to drag United back up the table, and these purchases were proof of that. If you were on the fence about the managerial appointment in June, Ibrahimovic and Mkhitaryan were meant to get you excited by July.

Unarguably, this policy has been effective. No longer are fans questioning Mourinho’s arrival, but rather they are debating his first choice starting line-up for the season. However, as Van Gaal discovered after buying Di Maria and Falcao, if the transfers don’t work out, the fans will be questioning your position again. This is where Pogba’s relevance comes into play. If Mourinho can rectify what was arguably Ferguson’s latest and greatest mistake at Manchester United, he can save the season before it starts. The pill of a potentially controversial and trophy-less year is far easier to swallow when accompanied by the sugary return of a prodigal son. And not just any prodigal son, but one that could quite conceivably go on to become the best player in the world.

One response to “The importance of Paul Pogba”