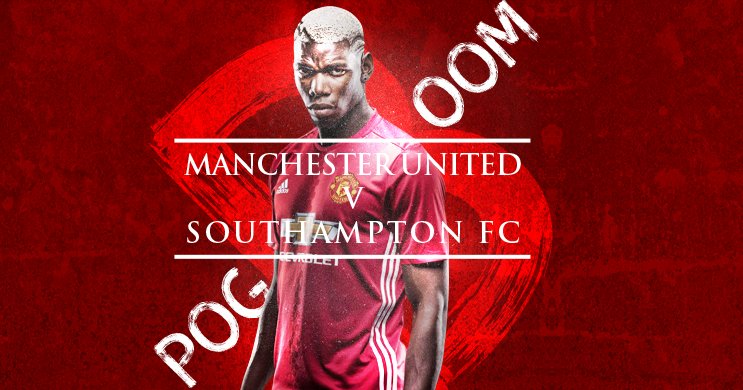 Collective sighs of relief were breathed all over the country last weekend when the Premier League season officially got underway. Meaning that fans could fret, grumble and stress about things that are actually happened or that may have happened and may happen in the future as happens over pre-season.

For us reds, as it was this summer, bar the relentlessly irksome Paul Pogba saga, was pretty damn uneventful. Players we needed, including the young, rangy Frenchman were all secured with ruthless efficiency in the end and Ed Woodward came out of it looking less like Shelly Levine and more like Ricky Roma (that’s a Glengarry Glen Ross reference folks).

United’s first match at Bournemouth already went some way in casting a few demons back into the abyss with a comfortable win at Deane Court. A venue which played host to one of several Louis Van Gaal embarrassments last season and one of about 12 games where we were all certain he’d finally get the chop.

It is very clear, despite it being early days that United have something of the intimidating air about them that they had under Alex Ferguson, which now seems a lifetime ago. While still being a long way from their best, almost all of the existing players (even Fellaini) look far better under Mourinho and the squad looks much deeper when paired with the summer additions.

Baily was a lovely combination of brutality and finesse and looks to be forming a promising partnership with Dutch dreamboat Daley Blind. As for Zlatan? Well he’s Zlatan of course. Drifting in and out of games but always promising and delivering telling impact at some point, just as he’s done for his entire career. Even in his advancing years he looks practically ravenous for success. Moreover, he has given us a timely reminder of what a proper world class centre forward looks lie, as opposed to the increasingly egotistical dead weight behind him.

Yes, Rooney scored, but as Frankie Boyle once said, it was a goal that could have been scored by Stephen Hawking during a power surge. Rooney, as he so often has been in the last four years, was United’s only sour note on an otherwise glorious day on the South Coast.

Now the South Coast comes to us as Southampton, another instigator of another Van Gaal nadir head to the grand old theatre for some filthy Friday night football. Fingers crossed that one day this Friday night thing replaces Sunday lunchtimes where we’re all half asleep and rather be in bed.

As for the opposition themselves. Well this presents another great opportunity for United to get another monkey off their back. Southampton have taken maximum points with seemingly minimal effort on their last two visits to Old Trafford with Ronald Koeman tormenting his old adversary Van Gaal. Neither are here now but one feels with Koeman leaving to take a promising job at Everton, he may well have had the last laugh.

Southampton are once again having to rebuild somewhat. This summer saw them lose Pelle, Mane and Wanyama. Each, important players for the club in their own way as Southampton finished a superb sixth. Amazing what you can achieve with abit of long term planning and savvy scouting eh?

If United are to get Southampton, this is a good time to get them. Their new boss Claude Puel is experimenting with a new system, playing a midfield diamond as opposed to the 4-2-3-1 of last season.

Against Watford they struggled to craft clear cut opportunities and one suspects they lack a genuine focal point up front and at times on Saturday, Saints looked blunter than a Daily Mail editorial meeting.

This is a game United should win, nevertheless, United have cause to be weary. Southampton’s rock-solid defence is still in place, along with the wily artistry of Dusan Tadic on the wing. The man to watch for the Saints though will be new signing Nathan Redmond. Crudely underrated by eternally unadventurous Alex Neill at Norwich, he is clearly being given a big push by Puel as a central attacker. Redmond has blistering pace, links up well and has an eagle eye for goal although he can be inconsistent.