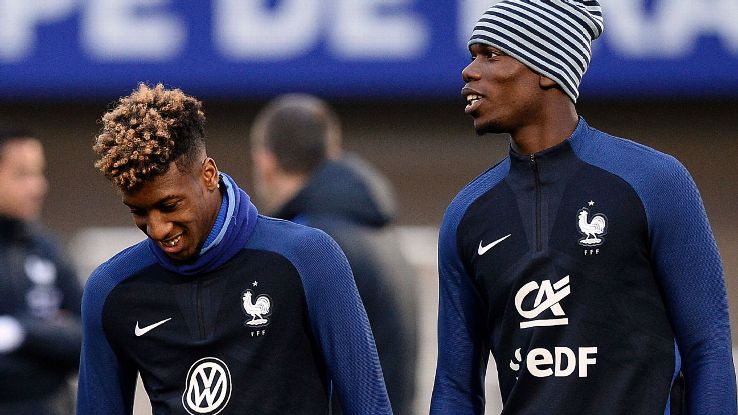 Bayern Munich youngster Kingsley Coman has named Paul Pogba as the one player he would like to see the Bundesliga sign.

Pogba featured this summer at Euro 2016 along with Coman, who is on loan at Bayern from Juventus, as France finished runners-up at the tournament.

If I could choose a player, I would like to have Pogba for Bayern.

This would be fantastic. He is unbelievable abilities and is a fantastic midfielder.

Apart from this he is not only important on the pitch. He has a huge marketing value. He stays in people’s minds.

Here’s the start of it. Members of other clubs speaking publicly about Pogba. Well, lets not get our knickers in a twist like Arsenal fans would, and live up the years of Pogba in a United shirt.

You can look but not touch.