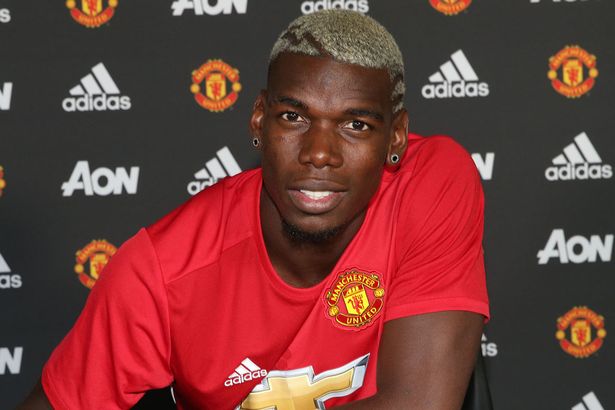 Manchester United, it seems, have ruined football again. Not happy with having over a billion pounds syphoned out of the club while their rivals welcomed wealthy magnates through their doors, United have had the audacity of hiring a world class manager and signing the four players he demanded.

Bafflingly, United have opted against sitting on the record revenue generated by new Premier League TV deal and by their £75m-year-kit deal and have broken the world’s record transfer to bring one of the best midfielders in the world back to Old Trafford.

In fact, nevermind the football, United have showed utter contempt for society. The money spent on Paul Pogba, as one of journalist was eager to point out, could have been spent on building a new wing in one of Manchester’s hospitals.

And what of the thousands of families struggling to make ends meet? When will football clubs sort out the country’s welfare issues and relieve politicians of a job that is in fact theirs to do?

Both issues are, of course, much more important than football and deserve to be treated with the utmost seriousness and urgency. That, however, is not what football clubs are about nor should they be expected to atone for the shortcomings of modern society.

Manchester United spent an enormous amount of money on Paul Pogba and few would disagree that, in the grander and logical scheme of things, spending £90m on a player is simply absurd.

However, football has long stopped functioning within a logical environment. Ultimately, players are worth what clubs are prepared to pay for them.

United made Pogba the most expensive player of all times but it won’t be long before someone wrestles that particular mantle from the Frenchman. It’s the way modern football works.

Of course, allowing a player to leave for free only to invest £90m on him within four years seems pure madness. Nobody would sell a house and buy it four years later for a price 90 times higher but, again, football doesn’t follow the path of everyday economics. It has not done so in a long time and it certainly won’t change its trajectory when broadcasters are happy to invest £5.14bn over three seasons to secure broadcasting rights to the Premier League.

Furthermore, there are mitigating circumstances. When he first moved to Juventus, Pogba was not the player he is now and, after three seasons of relative obscurity, United needed to make a statement.

At 23 years of age and on the back of four incredibly successful seasons in Italy, Pogba is in the unique position of having his best years ahead of him, while being an already experienced player. Jose Mourinho has challenged him to become the heart of the club for the foreseeable future and there’s no reason why the Frenchman can’t rise to the challenge.

Obscene as some might consider the money United have spent, it is worth remembering that other clubs – both on the domestic and European scene – have made a habit of splashing cash.

Those who have the financial capabilities to compete and choose to do so, normally live to reap the reward. Those who do not, like Arsenal, fall behind without a whimper.

As the economic implications of the  Glazers regime began to bite, Sir Alex Ferguson signed the sort of players who would please an accountant but leave fans with a sour taste in their mouths and while that changed under Louis Van Gaal, the Dutchman failed to get the best out of his expensive signings.

The picture, however, has changed and United can dine at the top table again. Yes, they’ve spent a small fortune in football terms over the last three summers, but it is money they generate and there should be no qualms about them investing it as they see fit. The very same journalists crying foul at Pogba’s fee are those who criticised United for failing to act in the transfer market like a club of their size and stature should do.

After years spent fumbling about like an insecure teenager on his first date, United have strutted around the transfer window with the swagger of old. The accountancy and ethic experts who have appeared online over the last couple days aren’t concerned by Pogba’s price-tag, they are concerned by the sight of a club they thought was in terminal decline signing one of the best players in the world.

Stick with us for daily updates on the transfer scene. We have all the transfer rumours and confirmed deals throughout the summer in order to keep you in the loop.