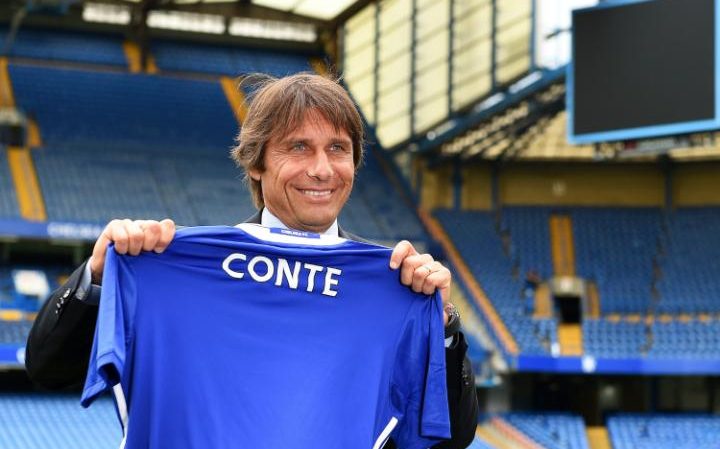 Ahead of what looks set to be the most competitive season in Premier League history, we caught up with musician and radio personality Paul Walsh to discuss Chelsea.

Chelsea were a laughing stock last season given how they were crowned champions the previous season. Still, no-one has a definite answer for what went wrong but heads will turn in the direction of Jose Mourinho and several members of his former squad.

Guss Hiddink came in careful of committing his future to the Stamford Bridge club. Who would want dirt on a healthy looking CV, or John Terry texting their missus?

This is not the first – or last – time we’ve had the pleasure of featuring Paul Walsh on Stretty News. I promised not to bring up the new Mourinho ordeal but broke that promise immediately.

I’m going to start this as expected. How does it feel seeing the Special One manage Manchester United?

It’s not pleasant to see him at Old Trafford, but long before he left Chelsea I’d tired of his P.R. antics and his inability to keep his opinions about other teams/managers and his own players to himself. As I’ve said to many a United fan, whilst Jóse will bring success to the red side of Manchester again, he’ll drag the club through the tabloid back pages over the next three years and sully the great name and dignity of the club. I’ll always be grateful to him for what he achieved at Chelsea, but given a choice, I’d rather have a manager like Ancelotti or Guardiola, someone who can handle themselves with decorum and dignity in front of a camera and microphone.

Where did it go wrong for Chelsea last season?

There are many rumours regarding their downturn last season, and who can really tell what happened, but for the players themselves? From inadequate pre-season training to a breakdown of the relationship between the manager and certain players, all we know is that they weren’t at the races, except for Willian. The impact and effectiveness of Jóse’s management and tactical style seems to have a limited time frame and beyond that (typically three years), he seems incapable of re-inventing himself, his players or his footballing philosophy. I think most fans would have preferred him to stay and to recover the form of the team, but he always manages to get himself fired rather than out of a fix.

Have you concerns about the current Chelsea squad and the personalities in includes?

No, I’ve never had a concern about the personalities within the team. I don’t buy into the hyperbole and gossip of the back pages and I believe that anyone good enough to play for a leading club is doing so because of their innate talent and desire to win games- regardless of how they get on with one another or their mangement. Any competitive environment is going to contain strong personalities and this inevitably will lead to tension from time to time. I think it’s a byproduct of the excessive world of footballing economics that some players lose their motivation and this in turn has an impact on performances- this is the only aspect of player personality that offends me.

Conte was arguably the most impressive coach at Euro2016. His Italy team may not have went that far, but the way in which they ran Spain off the pitch was memorable. How confident are you that he is the man to take Chelsea forward?

I really don’t know anymore. Every time we get a new manager, I only hope that it’s the right fit for the club. I think he’s more flexible in his footballing style than other managers we’ve had and this will make for some interesting (and nerve-racking) games. Having watched all the pre-season games, there’s a more direct, fast paced, one-touch football approach which is refreshing to see. I like his temperament and his passion on the sidelines, so if he can motivate the players and convince them of his tactical vision, then perhaps we have a chance at some silverware.

Are you happy with Chelsea’s dealings this summer? And if you could sign one more player before the window shows, who would it be?

We need a little more support in defence, so Bonucci or Stones would have been invaluable. In midfield I think we have a commanding presence, bolstered by Kanté and in attack we have so many players who can score goals- though I notice that Traore has just been sent out on loan, which is frustrating.

What is your top four for this season?