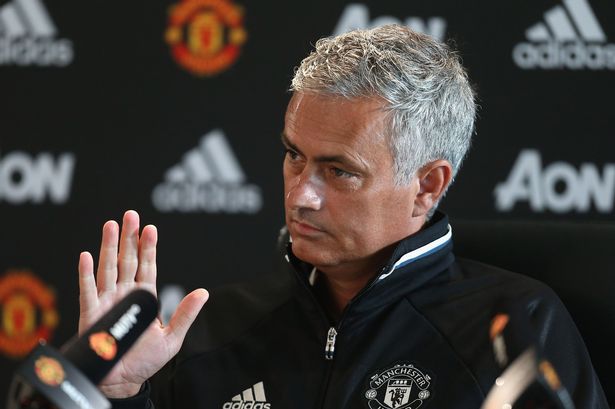 Bournemouth are unbeaten after a convincing pre-season tour, ensuring that Manchester United ought to think twice if they feel their first Premier League fixture of the season will be a walk in the park.

Eddie Howe says a positive pre-season helps “breed confidence” heading into the new campaign which punters expect to see Bournemouth fighting for Premier League survival. And without self-belief they’re not going to stand much of a chance.

The Bournemouth boss was linked with the England job after the European Championships, and he believes his side stand a real chance against United on Sunday.

Lets hope the fixture isn’t postponed again due to a bomb scare.

Manchester United, however, boast a new manager and signings of stature. Jose Mourinho, Zlatan Ibrahimovic and Paul Pogba provide United a trinity of winners, which sees a new era, hopefully packed with moments of ecstasy.

But it all starts this weekend. Mourinho approaches the opening fixture following a Community Shield triumph over Premier League champions Leicester City, and a disappointing pre-season tour in China. So disappointing that United are unlikely to return to Asia anytime soon – due to poor standard of pitches, uncomfortable weather and dodgy flights.

The biggest question ahead of the game on Sunday is whether Paul Pogba will make his first start under Mourinho? After reaching the Euro2016 final with France, Pogba spend the remainder of his summer on holiday in America, therefore, missing out on any pre-season training. The former Juventus midfielder is expected to be eased in slowly but surely, so fans might get to see a short a cameo in the second half.

Another new name on the squad list is Henrikh Mkhitaryan, who only got a brief introduction against Leicester on Sunday since the manager opted to start goalscorer Jesse Lingard instead. It could be down to match fitness but the former Borussia Dortmund attacker should be a regular this season.

This is a fresh start for our club. No Louis van Gaal, David Moyes or excuses. Mourinho has the ideas to take United forward and the board are backing the Portuguese to the hills with record breaking transfers.

Mourinho has spoke about aims for the season – taking game by game – with the idea of getting Manchester United back into the Champions League because the competition, quite frankly, is empty without.

It’s gratifying to see an underdog such as Leicester reach such heights but when push comes to shove, does anyone give a fuck? The Champions League needs United as much as we need to be qualifying for the competition.

And this weekend our route to glory begins. United will collect three before marching on to the next battle.