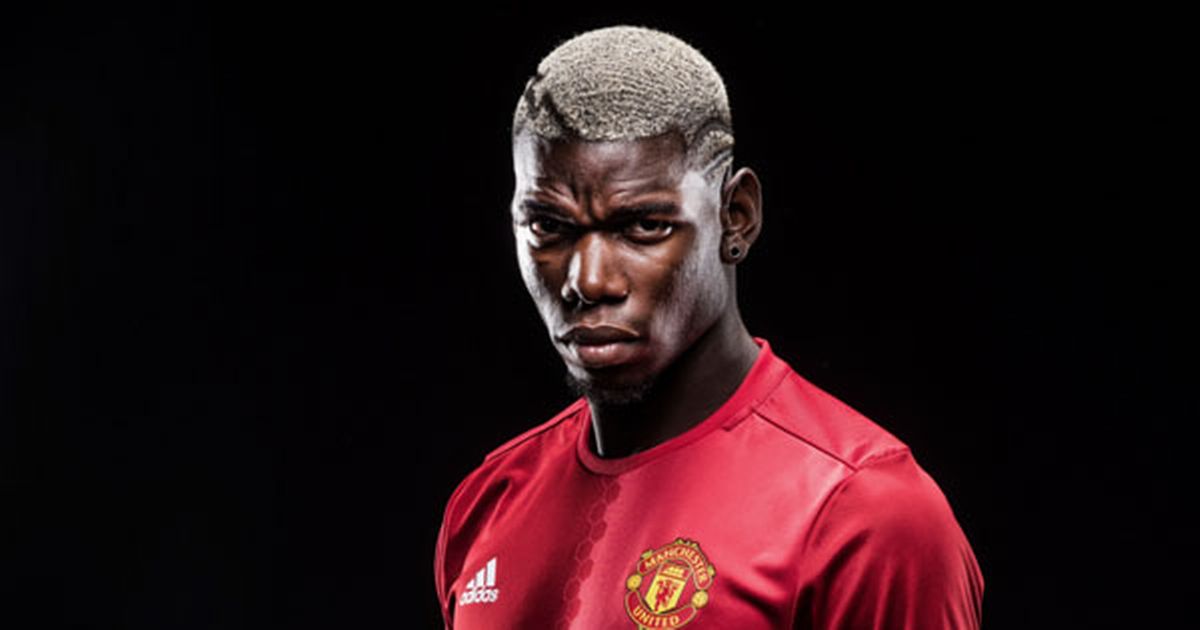 “We’ve dropped a bollock on this one”, exclaimed one United fan a few months after the departure of Paul Pogba to Juventus back in 2012. I couldn’t disagree; even with only fleeting appearances for the first-team, it had been pretty evident that the young Frenchman was the business. In the early hours of this morning that fan was proved right as United re-signed the player they had lost for nothing four years ago, handing Pogba the chance to reignite what could, and probably should, have been a beautiful union.

Back in 2012, there was a real excitement about Pogba among both fans and United staffers. His performances at youth level had demonstrated maturity beyond his young years and it therefore came as great disappointment to many Reds to see not just Pogba, but also the highly-rated Ravel Morrison leaving the club back in that inauspicious year. Their moves away from M16 were rooted in completely separate issues of course, but having seen the two play pivotal parts in the Under-18s’ FA Youth Cup success in 2011, there was a feeling that the club were letting promising ‘home-grown’ talent slip through their fingers – local-born Zeki Fryers also departed for pastures new.

In Pogba’s case, concerns over the protracted contract negotiations were even raised with senior club figures by fans with loftier connections, highlighting that – even in 2012 – Reds were all too aware of what we might be about to let slip.

And let slip we did, as the talented prospect opted not to sign the contract extension on the table from United and moved to Turin to join the Old Lady. Sir Alex Ferguson later cited Pogba’s agent turned social media piss boiler Mino Raiola as the reason for the breakdown in relations between United and Pogba’s camp – “he and I were like oil and water”, the Scot stated (evidently he was boiling piss way before Twitter took off). Team Pogba clearly felt that their man was worth more than United were offering him despite his minimal contribution to first-team affairs at that stage, with Ferguson keen on avoiding handing out bumper contracts to youth players yet to truly make their mark. It’s now obvious that, on this occasion at least, United should have danced with devil.
Hindsight’s a wonderful thing, of course, but this was one instance where Sir Alex’s principled (some would say outdated) views on such matters proved a costly error. Pogba has since excelled in Turin, establishing himself as one of European football’s preeminent midfielders and prompting United to part with a world-record fee to bring him ‘#Pogback’.

I received a number of text messages yesterday afternoon from mates all eagerly anticipating the forthcoming announcement, but I had almost gone beyond caring given the length of time the transfer has taken to complete. I’d be a liar, however, if I said that the club’s official confirmation – which came at just after half past midnight this morning – didn’t get me a little excited, but I’d still prefer to have found out on Teletext, out of the blue, with the headline proceeded by ‘CHEAP FLIGHTS TO BENIDORM’ in yellow flashing letters.

Pogba’s interview with club channel MUTV further heightened the good feeling, with the midfielder coming across as genuinely buzzing to be back ‘home’. “It feels like I’ve been on a holiday,” he said – forgetting to add “sponsored by Thomas Cook, United’s official travel partner” – “it feels like destiny.” Some will say it’s contrived, but I would disagree; Pogba does hold a real affinity for United. Whether or not three months ago it was Real Madrid he was hoping for, this is no repeat of Angel Di Maria’s second (or was it third!?) choice move to Old Trafford in 2014; Paul Pogba *wants* to be back at Old Trafford.

Former United colleagues still in touch with the Frenchman had long spoken of Paul openly stating that he could see himself back at the club one day; he settled well in Manchester, learnt English quickly and clearly felt part of the family, as the picture that was leaked on Twitter of him with the Carrington laundry girls goes to show. He evidently feels like he has unfinished business here, which poses a thrilling prospect for fans.

Back before he became something of a global superstar, Pogba would often be seen at Altrincham’s Moss Lane watching the Under-18s or reserve games he wasn’t involved in. On one particular occasion I inadvertently asked him if he knew what time the chippy was closing having failed to realise my dad had nipped to the loo and was no longer there, leaving me stood next to a tall, cap-wearing stranger that turned out to be Mr. Pogba. I can’t recall how, or if, he responded, only that he soon moved away from me (and United – the two unrelated though, I hope). When he wasn’t being hassled by healthy eaters like myself he was largely enjoying a laugh and a catch-up with his mates. Clearly comfortable in his surroundings as much off the pitch as he was on it, I imagine he’ll be excited to restart his life in the nation’s football capital.

This time around it’ll be selfies and autographs the fans want, not the closing time of The Good Catch; he’ll be the man Mourinho builds his team around, the linchpin, the club’s poster boy, and yet the goal remains the same as it always was for Pogba – to win.