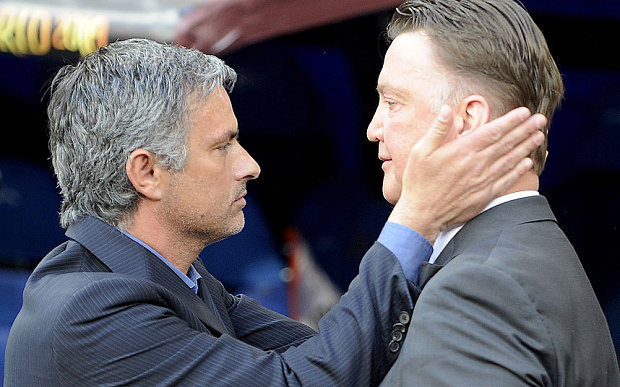 Not that I’m advocating Van Gaal should have been allowed to see out his third and final year. While I was, and still am, mortified by the manner in which his departure has been handled – messier than a night on the tiles in Limerick – Louis Van Gaal had already overstayed his welcome. Realistically, he should have been sent on his way at the turn of the year after a run of terrible results and worse performances forced a friend of mine to openly ponder, “Will we ever actually score again?!”

We did score eventually, although the goals were few and far between. For one of the most expensively assembled squads in the history of English football, less than 50 league goals is woeful. LvG spent some seriously filthy lucre to piece together a seriously tepid team who, in the end, fell short in almost every department. One could argue the only reason the defence was so good is that United had bored the opposition to the point that they couldn’t be arsed to attack and were already thinking of their first pint down the pub.

But what of his replacement–alleged given Old Ed continues stringing this out–Jose Mourinho? A man who carries all the same baggage as his predecessor and one-time mentor. If anything. Mourinho is Van Gaal turned up to eleven or eleven hundred. More pragmatic, more cynical and more unhinged. Nor as clever by half.

Not that I have any moral issue with Mourinho being appointed. Yes, he is a misogynist arse who conducts himself with all the dignity of a scrawny 18-year-old lad after four pints of Fosters in Ayia Napa. However, United waved goodbye to the soapbox long ago. Ferguson gave up any notions of honour and dignity when the self-described socialist used United as a battleground over lucrative stud fees for a racehorse, turned on the fans to throw his lot in with the Glazers, and waged a long-media campaign via his ‘class of 92’ acolytes to supplant Louis Van Gaal with Ryan Giggs. Then let’s not forgetting being associated with the likes of Martin Edwards, The Coolmore Mafia and The Glazers. Honour is no longer all we know.

The point is, that even from a pragmatic, purely footballing view, Mourinho does not fit in at United. Van Gaal’s commitment to youth at was massively overplayed. Barring Anthony Martial and Marcus Rashford, young players were handled badly under Van Gaal. Most of those who did play only debuted out of the necessity brought on by a freak series of injuries. The Dutchman, no doubt feeling the tremendous pressure to secure Champions League qualification and a trophy was cautious to the point of self-harm.

Mourinho however, is even worse. Spending massive amounts of money on players in their late twenties and only blooding youngsters to slate them in the media afterwards. Ruben Loftus-Cheek must have done cartwheels when Mourinho was deservedly sacked by Chelsea last year.

Then, of course, the tactics. Mourinho is as ruthless and cynical as they come in this regard. Like Van Gaal at times, to the point of self-destruction. The defensive cynicism employed against PSG in last year’s Champions League backfired. Not that the Parisians were Barcelona, but despite his reputation for “stopping” Guardiola, he’s lost a lot more of these battles than he’s won.

Success is not a case of appointing a big name manager, but the right manager. Personally, I would like to have seen United appoint a forward thinking manager, hungry for success, favoring a playing style which would sit comfortably at home in the confines of Old Trafford. Managers such as Lucien Favre, Tomas Tuchel and Sevilla’s stellar Spaniard, Unai Emery, would have been leftfield appointments, but terrific alternatives to Mauricio Pochettino, a perfect fit United let slip through their fingers.

Fellow columnist, Martin Palazzotto, may be too in love with LvG, but he’s correct in saying United pushed the panic button. Finishing below City again after seeing their rivals appoint one of the superstar managers of world football. United felt compelled to one-up the noisy neighbors to reclaim the headlines. Their resident village idiot, Ed Woodward, backed up by his absent, silent masters from Florida, have permitted England’s greatest club to define itself purely by the actions of its rivals.

You won’t see me shedding any tears over Van Gaal’s end. Ever since the likes of Herbert Chapman and Helenio Herrera revolutionised football’s position in the collective consciousness, it has been a ruthless game. Nevertheless, replacing Van Gaal with a younger, better looking version is not an improvement, just another flustered decision with no discernible long-term benefit whatsoever.

One response to “No tears should be shed for Louis but Jose is hardly better.”