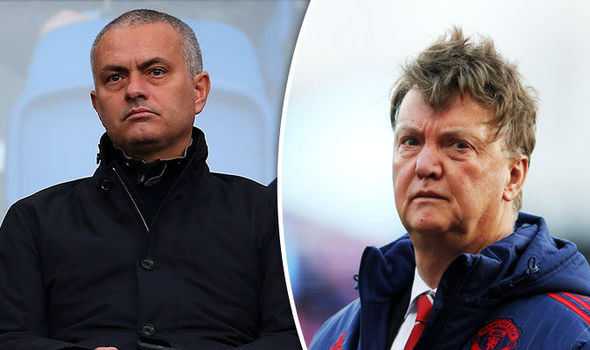 Words are often over-used. On the weekend, for instance, I overheard an announcer describing the  reaction to a long putt made at the Masters as the crowd “going wild.” Certainly they applauded more than politely, and cheered in the bargain, but that is hardly going wild. Golf has easily the most timid crowds in sport. In tennis, the chair umpire is at least occasionally moved to say, “Quiet, please,” into her microphone. The same can be said for snooker officials. On the links, all tournament marshals need do is each hold a thin, vertical placard over their head and the gallery is immediately subdued. No slavering at the mouth, no shouting at the slumping batter who just struck out that he’s a good-fer-nuthin’ bum, no banging on the glass like a convict who wants his yard time as players battle for the puck along the boards, no singing “You’ll be sacked in the morning!” to the poor gaffer facing relegation. Just meek, obedient silence.

Or is it the class and maturity not to put themselves above the game just because they paid the price of admission? As much as I enjoy a witty chant, a clever banner, and supporters who get dressed up in face paint and outlandish outfits, there do seem to be far too many fans who take the whole experience of supporting their club much too seriously.

Which brings me to another of those over-used words: unacceptable. The word is used more often in football these days than a five-dollar hooker at a Tail Hook Convention. So, let’s get it straight here and now. Flying planes filled with people into tall buildings filled with people is unacceptable, as is blowing up train stations and turning crowded night clubs into shooting galleries. Looking at the other side of a tarnished coin, so is overthrowing democratically elected foreign governments and propping up brutal dictatorships in their place to protect corporate interests. Voting for Donald Trump is unacceptable. As is not giving people the opportunity to vote, even if it’s for a loudmouthed bigot who regularly goes bankrupt, trades in wives for newer, sluttier models, and sports a comb-over on which a 767 could make an emergency landing.

Getting back to football, aping monkey chants at players of color and throwing bananas at them is also unacceptable. Especially when they’re playing for your club. On the other hand, your team failing to win a championship every season, or even finish in the top four is not unacceptable. It’s inevitable. So, whichever club you support, get over it. Be like Rush’s Tom Sawyer: “always hopeful, yet discontent, knowing changes aren’t permanent, but change is.” Dream. Be sad when the dream doesn’t come true, but dream anew rather than wallowing in bitterness and blame.

As this Manchester United campaign has progressed– and by progressed, I mean like a rusty, dented, unwashed Vauxhall overheating, spewing oil, and dropping essential engine parts in its wake as it lurches down the motorway–I’ve read too many columns and heard too many conversations in which the club’s performance is described as unacceptable because they’re not where this generation of supporters has become accustomed to seeing them. No, United are not zipping by in the fast lane. Rather, they’re stalled on the shoulder with the bonnet up and Louis van Gaal peering under the hood with no idea of what to do but wishing he had a rag to wipe the grime from his hands before talking to the media.

Yet, the fact is United’s squad is closer to a Jaguar than a Vauxhall. A used Jaguar, but a Jaguar nonetheless. It’s a luxury model with a lot of expensive new parts that, when properly tuned, can really fly. Who hasn’t been impressed with Anthony Martial, Marcus Rashford, Jesse Lingaard, and, when called upon, the hyphen twins Cameron Borthwick-Jackson and Timothy Fosu-Mensah? Every football club, from a new manager’s perspective, is like a used car, and every manager who takes over is inheriting someone else’s problem. Van Gaal inherited David Moyes’ clunker after the Scot drove Sir Alex Ferguson’s well-tuned engine into the ground. The part most United supporters these days forget is that United was a used club in rather sorry shape when Fergie kicked the tires and decided to give it a memorable twenty-six-year test drive.

From a fan’s perspective, though, a club is more like a bunch of favorite nephews than a car. We don’t get to drive it, or tell the lads what to do, but we love to watch them go out and play, as well as grow into men. The problem is too many of us are overreacting when the squad, or a particular player, doesn’t live up to our dreams. When the thirty-something Wayne Rooney turns out to be more of a hospital orderly or bailiff than the doctor or lawyer we’d hoped, we want to disown him. We seem to think he’s betrayed us in some way, despite the fact he’s got nearly as many goals and a far larger haul of silverware than Sir Bobby Charlton. Perhaps only the finest parts or the brightest lads are good enough for our squad, but what happened to the days when saying, “Thanks for all your effort, and we wish you nothing but the best at your new club,” was actually a sincere farewell? For me, the lack of gratitude is what’s unacceptable.

In a similar fashion, I’m grateful to Louis van Gaal, even though he hasn’t been able to fine tune the United engine in the manner we’d all hoped. He’s done some things right, bringing promising young players into the first team, for instance. Unfortunately, he isn’t willing to get his hands dirty. When a new player’s timing is off, or he isn’t fitting seamlessly into the group, the Dutchman’s first reaction is to throw him on the scrap heap. Yes, Memphis Depay’s back header which gifted Stoke a goal was atrocious, but it was a mistake from which a more supportive coach would have given him the opportunity to learn. Similarly, there was no reason to throw Marcus Rashford under the bus after the Spurs loss on the weekend, just because the goals have dried up for him. A young player needs the public vote of confidence from his boss far more than a veteran like Rooney does in that situation. The youngster’s midweek response, with an FA Cup goal against West Ham, was, according to many in the media, more likely a result of his teammates coming to his defense. What many took for an innocent, if embarrassing slip of the tongue, Van Gaal calling his best defender Mike, rather than Chris Smalling, while sitting right next to him, was an early window into his disconnection from the players.

In a recent Sky Sports interview, Sir Alex Ferguson credited Van Gaal’s willingness to use younger players, but also reminded everyone success was not a permanent fixture, even at Old Trafford. “For 150 years of history, it is worth having a couple of years on the quiet side of success because they (the United squad) will always come back, and come back strong.” Some critics, such as Thariq Amir at United Rant, viewed the statement as an endorsement of the embattled Dutch manager, and a veiled rejection of his all-but-anointed successor, José Mourinho. Although the latter part of Amir’s analysis is at best a guess, it’s a very educated one that is likely correct. But while Amir opposes Fergie’s Bruce Wayne-like closed-door meddling in the United boardroom, thinking he has it all wrong, I believe the Scot is only partially incorrect. It is time to thank LvG for his services, but bringing the Special One on board at Old Trafford would be like putting the Joker in charge of Arkham Asylum.

There was a time I liked Mourinho as a manager. I thought his first dismissal from Chelsea was foolish. The club had hit a rough patch but the Portuguese still had the respect of his players. At Inter, he proved he could still forge new bonds, building a side capable of winning even against seemingly invincible Barcelona. When he accepted a move to Real Madrid, however, he showed the world his personal interests were more important to him than the relationships he had built. Somewhat self-centered in their own right, the Merengues’ core group saw through Mourinho’s manipulations and rebelled. On returning to Chelsea, he paid lip service to notions of loyalty and partnership, but his actions quickly revealed he could no longer trust or be trusted by his players. At the earliest opportunity, he sold the club’s most productive player, Juan Mata, then methodically burned bridges with one young Stamford Bridge star after another. from David Luiz down to Eden Hazard.

Why anyone thinks matters would change at Old Trafford, where Mata has again made himself an integral part of the starting eleven and youngsters abound, is beyond me. Then again, Donald Trump is looking unstoppable in US Republican presidential primaries, proving negativity sells. The thing is, managers like Claudio Ranieri and Mauricio Pochettino are proving positivity wins in the Premier League. Positivity is the attitude and managerial philosophy United need if, as Fergie put it, they are to “come back, and come back strong.” Replacing one out-of-touch manager with another would be, to use an over-used word, unacceptable.

2 responses to “United’s situation is far from unacceptable”