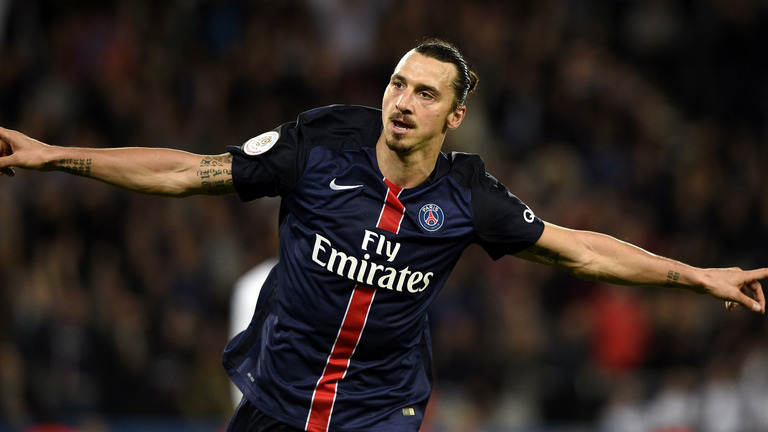 Manchester United have been linked with Neymar, Gareth Bale and Cristiano Ronaldo in the past and undoubtedly will be again this summer.

So many of the previous transfer windows under both David Moyes and Louis Van Gaal have been filled with speculation of United going for players they, in reality, had no hope of getting.

Sergio Ramos used Manchester United last summer for his own gains and talk of Neymar to Old Trafford is just a repeat of that saga that will see the Brazilian sign a mega improvement on his contract and leave the Reds scrambling for what will be panic signings once again.

This summer — whether it be under the charge of Louis Van Gaal, Ryan Giggs or Jose Mourinho — should see United go out for realistic targets and get them done quickly and smart.

In 2013 the club missed out on signing Marouane Fellini for a reduced fee due to a buyout clause in his contract, only to pay more weeks later. Such carelessness is laughable, whether it was due to the failure to sign their intended signing and Fellaini was just plan b or whether United were just not awake to the process of what is involved during transfer negotiations under Ed Woodward, who was new to the role at the time. Mockery of that level cannot happen at a club of Manchester United’s stature.

The majority of United’s signings since the departure of Sir Alex Ferguson have been disappointing. Despite spending over £300 million, the squad still lacks quality.

However talk of a clear out is wide off the mark. Leicester City have shown you don’t need a team of super stars to challenge for the Premier League title. Instead you need unity within the squad, at board level and from the stands.

Too many times this season United fans have left Old Trafford with an empty feeling they had not been used to. Indeed you could say the players that have signed for the club since 2013 have arrived at a club that they thought was going to challenge for trophies, that were going to be the best, that they could say they were excited to play at such a magnificent stadium. They too have been short changed.

Louis van Gaal has been an amazing manager within the game and when appointed by United, it seemed we had finally got it right. However he failed to grasp the so-called Manchester United way. His philosophy does not work at and there are good reasons to believe his tactics are outdated.

If, as expected, Jose Mourinho comes to Old Trafford at the very least we can look forward to a man with passion shouting instructions from the touchline.

He will revive United again. While he has failed to build a dynasty anywhere he has been, we as Reds should not be worried about that. Mourinho will take us out of the slump we find ourselves in.

The fact that he has failed to bring through young players at his other clubs, most notably Chelsea, is a concern but as Van Gaal says, it was a condition for him when he was in talks for the job, and the same should be the case for Mourinho.

Formerly of Chelsea, Mourinho must not ignore the younger generation. Van Gaal may have already helped him in this respect with the amount of talent he has brought through due to first-team injuries.

However, the Van Gaal period has not been all that bad. Yes, the style of football is dire but he has signed some good young players.

Anthony Martial has the potential to become a legend at United and Memphis Depay, if given the time, will show why we chased him and will eventually be happy he turned down Liverpool for us.

As I said previously a major clear out is not needed. Marouane Fellaini was never going to be a hit at United and his time is up. Phil Jones was labelled as one for the future by Sir Alex Ferguson when he retired, yet injuries have held him back and this season Daley Blind has shone at centre back, almost indefinitely making Jones surplus to requirements.

Michael Carrick has just two months left on his contract and at the age of 34 (turning 35 in July), I feel his time is up at United. With Bastian Schweinsteiger (31), tied up to a contract and the younger of the two it would make more sense to keep him. If both are not needed at the club, one must go. The midfield has long been over due a makeover and Carrick will not appreciate ending his playing days sat on the bench.

Adnan Januzaj, too, needs a severe wake-up call or he too could be out the door. His reported bad attitude could see him axed from United but a potential change in management could see him shine at last.

Both Cameron Borthwick-Jackson and Guillermo Varela have shown their quality in full-back roles, therefore, strengthening in these areas may not be necessary if they’re to continue developing. Matteo Darmian will improve after a stop start first season, while Luke Shaw will hopefully return as good if not better to when he got injured.

Players such as Raphael Varane and Aymeric Laporte must be targeted for the centre back role alongside Chris Smalling. Either of the two would cost a fortune but they’re young enough to repay that at United.

Marco Verratti and Ross Barkley would be dream signings in the midfield while a James Rodriquez or Marco Reus would add the lacking creativity.

Then, United must make the decision as what to do with Wayne Rooney. Romelu Lukaku, Harry Kane and Zlatan Ibrahimovic have all been mentioned as targets but that could cause concern towards the development of both Martial and Rashford.

Ibrahimovic, 34, is not a long-term option, and as a free agent it would be a no brainer.

If Van Gaal could finished 4th and win the FA Cup, it could be enough to satisfy not only the fans but the board also.

It’s not all bad at United; the next few weeks could make it that much better but the decisions that are made this summer could be vital to the future.