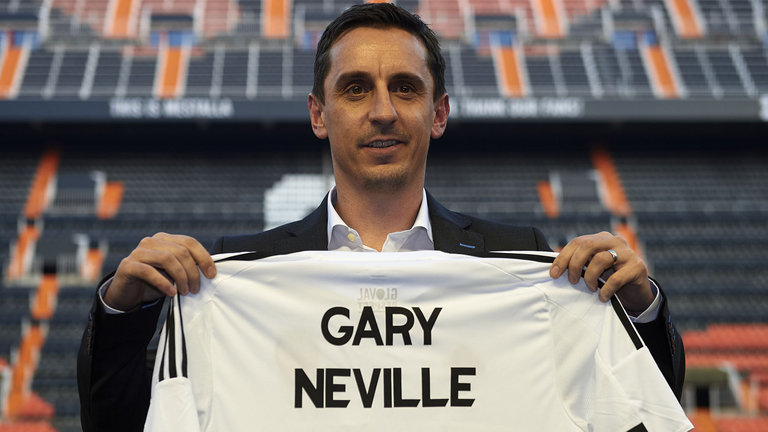 Failure it was. A miserable one at that. The Neviller won just 10 of his 28 matches in charge and in truth, the job was far too big for a managerial novice. Problems at Valencia run far deeper than the manager, as their defeat at the weekend, their first match in the post – Sky Sports Pundit era, demonstrated to even the most unrefined of minds like mine.

Neville copped a hell of a lot of flak since exiting the futuristically furbished confines of the Sky Sports studios for the Mestalla. Some of that criticism in some quarters seemed to be just for simply taking the job to begin with, including from The Secret Footballer. Neville didn’t help himself with previous comments on Spanish football for sure – although you can find other occasions where he favoured it heavily over the Premier League.

I must admit there is something to what anonymous athlete says when they describe a lack of respect for English football people on the continent. Even we see our way of looking at things as being backwater now. The criticism though was at best misguided and at worst plain malicious. Neville has ticked off a few people in his time and you got the sense they wanted to settle some old scores.

You cannot fault or criticise Neville for taking such a monumental opportunity when offered. Would you or I turn down the opportunity to manage one of the biggest clubs in Spain? In a beautiful city? Certainly not.

Then again though, maybe we would. Gary Neville had it easy. Retired from the game and sat in the comfort of a television studio winning widespread – and grudging – acclaim for his concise and insightful analysis of the game. Punditry is easy money. Most ex-pro pundits are absolutely terrible with a bare minimal understanding of something they have apparently dedicated their lives to being very good at. Their grasp of the basic tenants of language seems shoddier still. In comparison to them, Neville seems like football’s answer to Confucius or Thomas Paine. Neville appears to be a man who actually researches what he is going to be talking about, as opposed to winging it and throwing out a bunch of tired clichés and trying to be controversial for some cheap heat. (I’m looking at you Savage!)

Most of us would forego the inherent risk of ridicule and failure for easy money and even easier praise. Yet Gary Neville is what psycho-analysts would call an alpha personality. He is driven, single minded, with a seemingly unquenchable thirst for acquiring knowledge and winning. Turning round the fortunes of big club like Valencia was irresistible to him.

To take on the job was a courageous move that should be given credit and even applause. Yes it didn’t work out. Yes his chances of succeeding there were about as high as pulling Scarlett Johannsson on a night out in Rochdale. Nevertheless he bit the bullet, showed some fortitude and while heavily bruised and battered from his brief managerial debut, he’ll be the better for it.

His is an example to other English coaches and ex-pros out there. Many of whom are happy to sit in a studio spouting total tripe, for far more money than they deserve. Your local cabbie or your unbearably daft, inebriated uncle – or Eamon Dunphy as he’s also known – could genuinely do as well if not a better job. If their ever-spreading backsides aren’t sat in a studio they bounce from one also-ran club to another bemoaning not that they are not offered the “top jobs,” while never doing anything to actually earn it. Neville at least went out and got some of the required continental experience that the top clubs in England ask for.

Perfectionist that he is, Neville will be picking himself apart for his failings at Valencia, which despite this impassioned defence, there were many. However, he shouldn’t. The man loved and loathed in equal measure will have gained far more from his humbling experience in Iberia than from having to listen to Jamie Redknapp say much while saying nothing, or bickering with the barely comprehensible Jamie Carragher.

So before you think of mocking or rebuking Neville for his failure in Valencia. Give credit where credit is due to a man who stepped out of his comfort zone, and ran the gauntlet of mockery to prove and better himself. Valencia was what it was, a glorious, sunsoaked, worthwhile failure for Gary Neville.

Just please don’t start touting him as part of a new United management team with Ryan Giggs thanks. That’s just going too far. 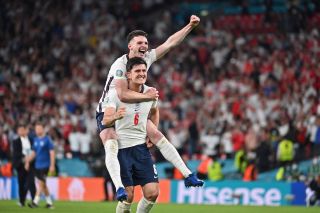