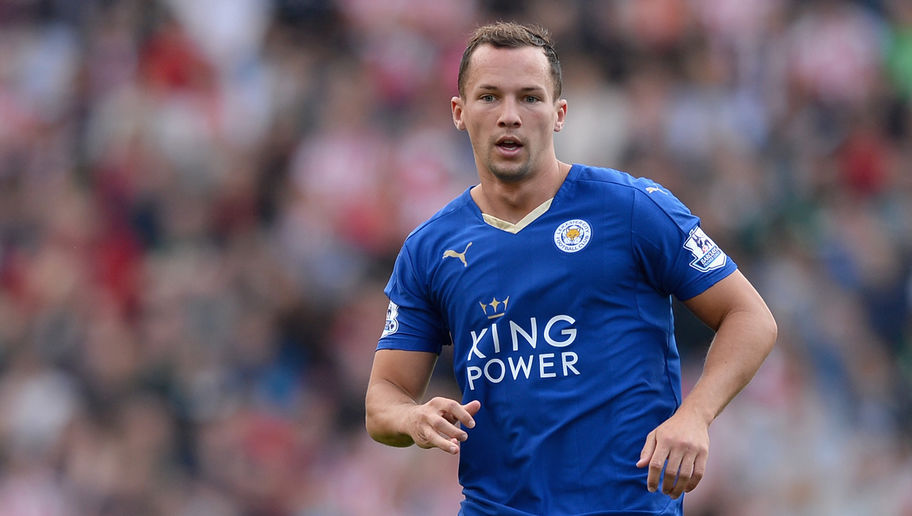 Despite a total spend running into the hundreds of millions under Van Gaal, it’s evident to every Manchester United fan that the current squad has glaring holes in it, not to mention the lack of return that the club has seen from its investment.

With Anthony Martial the only outright success over the previous two years (though with plenty of potential still to be realised) it’s understandable that frustration has followed the stagnation on the field.

There are five clubs currently above United in the league, so I wanted to take a look around the rest of the Premier League to highlight some ex-Reds who could have genuinely contributed to our fight for European football and have flourished having taken their chances elsewhere.

Its arguable that the form this season of the Premier League’s leading scorer — Jamie Vardy — is down to this ex-Red. From his position at the core of Leicester’s midfield, Drinkwater has often been the starting point of most of his team’s direct, pacey attack, with strong box-to-box running and variety of passing. Whilst United’s midfield this season has been stodgy and prone to being out-fought and out-thought, Drinkwater’s dynamism would have added an extra dimension to games this season — his 4 assists in the league are not particularly impressive on their own (though more than the zero that Schweinsteiger, Schneiderlin, Carrick and Fellaini have contributed, combined) but his overall contribution to the team is not in doubt. Drinkwater’s recent England call-up today only goes to highlight a player whose star is on the rise and at 26 he has plenty of years left in the tank.

Back in 2012, Sir Alex described Shawcross as being a player he should never have let leave, and his consistent presence in a constantly-improving Stoke side under Mark Hughes has only gone to prove Ferguson’s point since. United’s greatest centre-back pairings in the past have combined culture with steel (think Ferdinand/Vidic) and the thought of Shawcross’s strength alongside Smalling’s ability to pass and step out of defence gives food for thought as to what might have been. United’s inability to do the simple thing in defence has at times this season led to embarrassment — and Shawcross is not a player who overplays. Playing him alongside Smalling would also release Daly Blind to play in midfield, which, as mentioned above, is an area which remains under-powered at Old Trafford.

Another who’s ever-presence (aside from a red card against Arsenal) in a table-topping Leicester side has come entirely on merit. Arguably revitalised by Ranieri after a career which stagnated in the North East, Simpson has been integral part of a defence solid throughout the campaign. United’s issues at full back this season are well documented, but his ability to run the line and cross the ball puts him behind only the injured Luke Shaw in the current United squad, and fits in nicely with LVG’s preference for width coming from defenders. Darmian’s understandable dip in form at the end of his first season with the Reds was always going to come and Varela has provided adequate cover, but Simpson’s constant energy and ability on the ball would have given us something that the squad clearly lacks – pace on the wings.

A young winger, signed with a big fee for his tricks and eye for goal from an inferior league who then failed to meet expectations when thrown into the United first team. We could easily be talking about Memphis here, but it was Zaha who’s career with the Reds was all-but ended when he was loaned back to Crystal Palace last season before making his loan permanent. More than anyone, (and despite being signed by Ferguson) Zaha was tainted by association with David Moyes’ time at United and lost his way as the pressure on the squad increased. Though Palace are struggling in the league, Zaha has again started to show the sort of form that turned Ferguson’s head in the first place, with the licence to run at players and beat a man. With nobody in the United squad seemingly capable of beating a man from wide (with the exception of Martial, who’s best position remains as a striker) Zaha is precisely the sort of player who could have an impact from the bench… in exactly the sort of way that Memphis currently isn’t.

Despite his injury problems this year, Welbeck is a shoo-in for Roy Hodgson’s England squad this summer, and when the striker is in form it’s not difficult to see why. A fantastic work rate combined with an ability to finish ensures that even if he remains behind Kane, Vardy and Sturridge in the pecking order for a central striker’s berth, he will be given chances to impress from the bench and has the versatility to play out wide. With Chicharito departing last summer, only the recent emergence of Marcus Rashford in emergency circumstances has spared LvG’s blushes with a lack of cover for Rooney and Martial. Welbeck was a fan’s favourite when at Old Trafford and at Arsenal has continued to show he has the ability to pop up and score important goals – as shown in his winner at OT when they knocked us out of the FA Cup last March.

With all of the players above (and some others who might have been included in this article, such as Josh King, Jonny Evans or Darren Fletcher) there are always reasons, often very good ones, why United decided to let them go in the first place, and none would have waited until this season to be able to take their chance.

But, in analysing the current United squad, there is no doubt that energy, pace and reliability are lacking in most positions and all of the above would arguably be upgrades on the players which sit in their respective positions – not to mention that all of the above players are English, and have another 5+ years left in them at the top level. The last couple of months have given reasons to be confident that the players being produced by our academy are at the required quality, but can we be confident that the club will be able to keep old of the right ones instead of buying expensive replacements? Only time will tell, but we only need to look to the second place in the league to see a team who are making a decent fist of it with a group of young, hungry, and home-grown English players. Didn’t that used to be our thing?