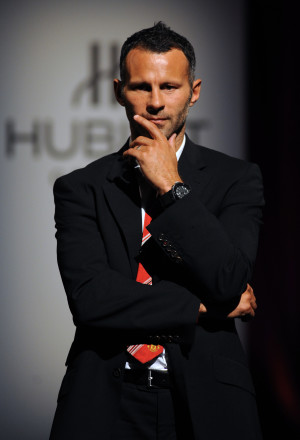 Right now we’re witnessing what is probably the worst stage of Louis Van Gaal’s Manchester United tenure. A tenure that has conspired to make us bored and incredibly angry at the same time. LvG’s like a walking, talking, personification of BBC Question Time. Every week you hope for the best. Every week you end up disappointed, angry, and shouting into empty space before falling asleep through life-threatening dullness. The stage we’ve now reached is malaise. Our righteous fury has dissipated into total apathy.

As our dear leader Mr O’Donnell rightly argued on The Sun football podcast recently, fans are now beyond the point of being outraged by Van Gaal and his regular foolishness embarrassing the club. United fans are plain bored and looking ahead, like a relationship turned rotten, where you both know it isn’t working and each is waiting for the other to put the whole thing out of its misery. Even the second leg Europa League/UEFA Cup/Fairs Cup/Le Sherbért Dib-Dab Trophy is seemingly failing to inspire a swaggering energy about the place. We all just want the season done and dusted, Van Gaal gone and the new guy – whoever that will be – to come in and sort this mess out.

Several months ago there was a man who I delighted in the thought of becoming the manager. A man who spent his whole career with the club, won everything, and loves the club. Ryan Giggs. A man seemingly destined to become the manager of the club he holds so dearly to his heart.

However, the longer the malaise has set in, the longer I, and I’m sure all of you, have had to ponder and analyse that prospect. Such cold, hard logic leads you to one authoritative conclusion: Hiring Ryan Giggs as the next Manchester United would be completely barmy. A step through the looking glass into sentimental madness. This is a huge job. Manchester United is an organisation that is  desperate need of modernising and restructuring from top-to-bottom. So yea, let’s hand it over to a man with zero managerial experience and little experience of different footballing and management cultures.

Several months ago, the appointment of Giggs looked romantic and fun. Now it looks like a potentially unmitigated disaster for all involved. Giggs is not comparable to supposed contemporaries such as Guardiola, Pochettino, Simeone, and Conte, who all had competitive experience before taking on their first big job. Giggs served as player/coach under David M**es, a disaster, and assistant manager under Louis Van Gaal, a costly failure.

At best Giggs is partially culpable for these failures. Offering up ideas that have fallen flatter than a Jim Davidson stand up routine in a trendy Chorlton bar. At worst Giggs has been a hapless and helpless bystander, sidelined by two managers who have royally mucked up. To be so easily disregarded does not bode well for any future managerial career. How the bloody hell is Ryan Giggs supposed to command the respect and attention of preening babies with massive egos when he is ignored by his colleagues?

Some cold, hard logic is needed in regards to the class of ’92. They are men, not miracle workers. They cannot turn water into wine, or a bunch of mentally damaged players into world beaters overnight, if at all. They cannot be magically good as managers because they were great players who learned the trade at the feet of Sir Alex Ferguson. Ask the likes of Bryan Robson, Steve Bruce and Paul Ince about how that worked out for them? Two are out of work and the other has taken a team down. Mark Hughes has been the most successful and even his record is chequered.

Time to take off the rose-tinted glasses, folks, and be logical. Not to say we can’t be a bit romantic, of course. Footballing neo-realist, José Mourinho is still a no-no. All the problems we have with Van Gaal are personified in Mourinho, his star student. Mauricio Pochettino is the man United should hire, someone who fits right with the cultural ideals embedded into the club no matter how awful the owners. Building teams around a core of talented younger players and striking a balance between artisan and pragmatic football. Entertainment with a rod of iron running through its spine. It is what United at their best were all about.

What we don’t need next is the lurch into plain silliness of Manchester United manager Ryan Giggs, with his Class of ’92 comrades making up his back-room staff. It would be like watching your favourite rock and roll band reform, way past their prime, for a sub-standard, expensive gig. Like  Stone Roses reunion tour….