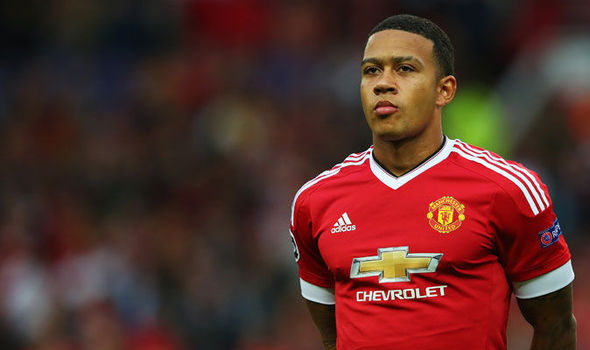 When Memphis Depay was unveiled as a Manchester United player last summer, the whole of Old Trafford licked its lips in anticipation; finally, Louis van Gaal had invested in a young, quick winger with bags of tricks and an eye for goal. Instant comparisons to Cristiano Ronaldo, the club’s last great No.7, might have been a little premature, but there was every reason to get excited about a return to the fast wing play that the Stretford End has revelled over for decades. It appeared that the Reds of old might finally be back.

Fast-forward to mid-March, and it has been anything but. An embarrassing Champions League group stage exit combined with the increasingly likely possibility of failing to land a top four spot in the Premier League is a bitter pill to swallow. Infuriatingly, though, the performances have arguably been worse than the results. This is a Manchester United side void of its identity, and it’s almost certain that the gaffer will be walking the plank come May. Unfortunately, a number of his signings may have to follow him out of the Old Trafford exit. Memphis might be one of them.

It’s hard to be too critical of a 22-year-old who still has his best years ahead of him, but he wasn’t signed as a hot prospect for the future. The Dutchman arrived from PSV fully aware of the expectation levels and knew he would be thrust straight into first team activities. By his own admission, his maiden campaign has been a major disappointment. As it stands, conceding that penalty at Anfield is the standout feature. For a £25m signing that arrived after almost singlehandedly firing Eindhoven to its first Eredivisie crown for seven years, the returns this year simply haven’t been good enough.

Those sentiments are echoed by Dutch experts onlinewedden.com, who believe Depay arrived at Old Trafford with the world at his feet but has failed to deliver: “Forget the vines of occasional brilliance, this is a young star that was once held in the same breathe as Neymar. For whatever reason, his career has stagnated terribly in England. It could be time for United to cut their losses.”

It’s certainly a little premature to throw the towel in and suggest that Depay can’t turn things around. But after seeing the 2014-15 No.7 leave after a far more effective, albeit still disappointing, campaign, it wouldn’t be overly surprising if the Dutch winger did leave.

Old Trafford isn’t a place where you can go missing, especially as a big money signing. Whether it’s Jose Mourinho or someone else, the next manager certainly has a huge call to make. It should be an interesting development to say the least.

One response to “Is time running out for Memphis Depay?”