While Leicester were continuing to defy expectations, wiping out the championship favourites on their own patch to start running away with the league, and United continued their mission to balls up their season just when things started to turn around, a far more important story was unfolding at Anfield over the weekend. 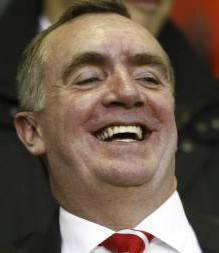 On the 77th minute of Liverpool’s match against Sunderland, many Liverpool fans staged a walkout. Not all,but 10,000 was enough to make it noticeable, then suck any life out of the atmosphere. Most protesters tend to come from the hardcore support, as we saw back in 2005. “Enough is Enough” the banner at the Anfield road end stand read. “You greedy bastards, enough is enough” they chanted. When ticket prices will be rising to levels as high as £77, such sentiment is bang on the money.

Astonishing stuff. It seems as if Liverpool’s owners, Fenway Sports Group, believe the average match-going punter in Merseyside has riches to hand on a par with Middle Eastern oil barons. Most telling was the response of Liverpool’s Chief Executive, Ian Ayre, to the protest, perfectly encapsulating the thunderingly disgraceful attitudes of English football’s powerbrokers towards the fans.

“People should be careful what they wish for… [and] should make their own decisions, but I feel absolutely we have made the right decision and have everyone’s best interests at heart. I respect everyone’s right to do what they think is right, but for every fan thinking about that I would say, ‘Have a look at the facts’. If people want to leave after 77 minutes that is disappointing, but it shouldn’t be because they feel the prices are wrong, as there is something for everyone in there”

Most of the above quote is replete with meaningless buzzwords, or bollocks as it is also known. However the message behind “People should be careful what they wish for,” is clear enough. ‘Stop whining you ungrateful plebs. You should be happy your godlike owners even let you sit in your seat, you increasingly beleaguered sacks of ever decreasing money!’

I’m well inclined to tell Ian Ayre to take his “facts” and “interests” and stick them up his arse.

Easy as it is to take potshots at the Kop, there should be no such sneering or snide comments here. They are like most of us who follow one team or another, replete with contradictions, hypocrisy and knee-jerk reactions. On this occasion, however, it must be said they’ve acted with clear heads and the best intentions.Good on ‘Pool fans for taking a stand by deserting their seats, because enough is bloody well enough!

While prices were largely frozen last year, the action’s timing was like whistling into a wind tunnel in Wigan, or more appropriately, pissing into a 747’s jetstream. The previous four years saw ticket prices rise three times the rate of inflation and sit around 7% above the cost of living (which is also too high) and here is a newsflash: Most football fans aren’t exactly flushed with cash to begin with. Moreover since the 2007 financial crash, those who were okay suddenly found their situation precarious, and began looking over their shoulders, and when you’re looking over your shoulder, you’re in serious f***ing trouble. 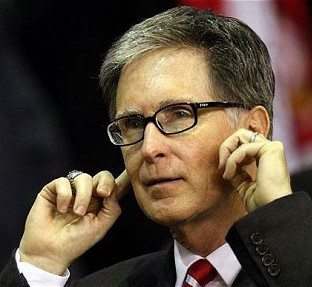 It isn’t getting better anytime soon, either. A proposal to cap away ticket prices at £30 – an eminently sensible suggestion considering the elaborate rip-off job public transport now is – was voted down by Premier League executives, of which the nauseating Ayre and buffoon Ed Woodward are two.

In an era of reduced incomes, higher costs of living, and increased poverty, football has become about “brands” and “customers,” with clubs being referred to as “projects.” Ticket prices have risen to reflect modern football’s attitudes. United’s match day prices (which are still too expensive) have largely stayed the same but season tickets are now up to £950. The cheapest Premier League club, Bournemouth, still tops £500!

Liverpool fans should be applauded for taking a stand against the horrendous moral corruption permeating even beyond the English football’s top tier, as Charlton fans will tell you. Whether you agree with the manner of protest or not, only a bloodsucking leech could disagree with the sentiment. Protest is something not seen enough in England. Karl Marx once predicted England would be the first nation-state to explode in revolution with the proletariat taking over and telling moneyed elites to sling their hooks. Instead, after the go-go 80’s crushed any sense of community and dissent, we English have been a remarkably, pliable bunch of placid consumers. Indeed, bar the renegades who set up FC United, and those of us who decided to no longer put their money into the club, Manchester United fans seem to have had their collective will broken like a pack horse.

For a club borne out of a city known for revolutionary ideas and standing shoulder-to-shoulder with the anti-slavery cause in America even when it brought us poverty, it is a sad state of affairs. United, like many clubs–Liverpool included–has, by design, drifted away from its local community. Take a walk through many areas of Manchester or Liverpool, and you will see a wholly different world from the one of eye-watering wages, utterly massive television deals, and faceless, shadowy agents which form the modern game. To ask the average punter to pay upwards of £77 sums up the cruel contempt the game’s power brokers have for the fans today.

For £77 I can actually fly from Manchester to Venice and still have £27 to enjoy a nice bottle of wine as I watch the world go by, surrounded by beautiful scenery and Italian women. It’s a more pleasant alternative to being crammed into an open air stadium next to a morbidly obese, shirtless chap on a cold, grey day. Attempting to raise ticket prices to such a high level looks nothing more than a blatant attempt to start pricing fans considered undesirable – which is most of us plebs – out of the game.

We all need to take our lead from Liverpool fans and begin making life awkward for terrible owners and smarmy business executives. If fans do not start drawing the line then going to watch your team on a weekend afternoon could quite easily become a semi-mythical relic from another age.