In American gridiron, the term is prevent defense. Most sports have their version of going into a shell to protect a late lead, however. Manchester United hasn’t often been in a position to fall into the tempting trap this season. At Stamford Bridge, they finally were, and did. The result was the typical one; Chelsea equalized in added time. For United, conceding at the death made a road draw in what has long been a difficult enemy fortress to conquer feel more like two points dropped than one gained.

Of course, the Red Devils find themselves outside the Champions League places largely because they’ve been playing prevent defense from the opening kick of virtually every match in this campaign. Their more buccaneering style in the two matches leading into the visit to Stamford Bridge, at Derby County’s Pride Park in the FA Cup and Old Trafford v Stoke in the league, therefore whetted the appetite for a more traditional clash between United and Chelsea despite the disappointing seasons both have endured.

Guus Hiddink’s second stint as Blues’ interim manager has seen the hosts distance themselves from the brink of a relegation battle, but clearing the oppressive air in the clubhouse hasn’t exactly restored the club’s world-beater status. Victories over Crystal Palace and Arsenal in the Prem, and Scunthorpe and MK Dons in the FA Cup haven’t created momentum, as they’ve been sprinkled in among six draws. moreover, Chelsea’s play in those standoffs has been inconsistent. Prior to the one-one result against United, there were two scoreless affairs and seven goals conceded in the other three tilts. All the goalfests were at the Bridge, surprisingly, yet none were against intimidating opponents–Watford, West Brom, and Everton all being mid-table sides. On the other hand, Chelsea has yet to taste defeat with the Dutchman at the helm. Factor in one of those nil-nil draws taking place at Old Trafford over the holidays, and United fans knew there wouldn’t be a third successive cakewalk for their club. 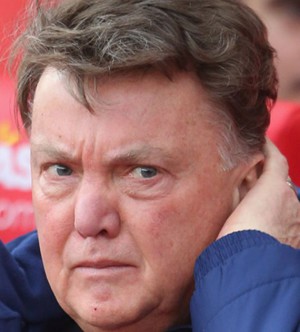 Meanwhile, the visitor’s Dutchman ironically found himself denying rumors José Mourinho, recently deposed Chelsea boss and bus parker extraordinaire had already been signed to succeed him next season, despite Louis van Gaal’s seat being heated by his system’s lack of flair and creativity. Credit is at least due LvG in that, faced with a difficult match, he didn’t revert to a more cautious approach from the outset. While Chelsea had their moments, United looked to attack for all but the final ten minutes, and were rewarded for their aggression with Jesse Lingard’s goal on the hour. The strike was reminiscent of the goals from the Stoke match, with Anthony Martial holding the ball on the left, then laying off to Juan Mata at the top of the box. The Spaniard quickly fed it back outside to an overlapping Cameron Borthwick-Jackson, who immediately pinballed to Rooney in the middle of the six, the captain flicking on to Lingard, who, fending off a masked Cesar Azpilicueta, spun and ripped a sharp volley just inside the post to a helpless Thibault Courtois’ left.

Although the Blues threatened sporadically, there had been no question the lead was deserved. Had United continued to press for the entire match, they would have at least kept a dangerous opponent on its heels, if not found a second goal to seal all three points. Unfortunately, the adage declaring old habits die hard was proved when Van Gaal announced his intent to close shop by removing the enterprising Marouane Fellaini for the more staid Morgan Schneiderlin on seventy-nine minutes. From that point forward, United seemed to feature a back eight, despite the knowledge there would be considerable time added to compensate for the delay caused when Kurt Zouma landed awkwardly after leaping for a midfield header, horribly twisting his right leg. Allowing Chelsea to bring the ball to the edge of the box uncontested for a quarter-hour was an open invitation to split the points despite David de Gea’s now pedestrian magnificence in goal. Hiddink threw on Eden Hazard to give Diego Costa a synchronized diving partner, but there was nothing beneath the surface of Chelsea’s leveler. It was simply inevitable the ball would find Diego Costa in space, despite young Borthwick-Jackson’s desperate efforts, and that the ex-pat Brazilian would finish.

While the only time one’s position in the table matters is at season’s end, it’s also true every result is more critical than the last. With each lost opportunity, there is one less match to make up ground, and the result at Stamford Bridge was most definitely a chance squandered. Coming into the Sunday kick-off, United knew exactly where they stood with all the clubs above them having played. One victory here would have placed them within striking distance of City in fourth and distanced themselves from the mid-table pack. Now, they need their crosstown-rivals to drop points in two or three matches in order to close the gap on them. 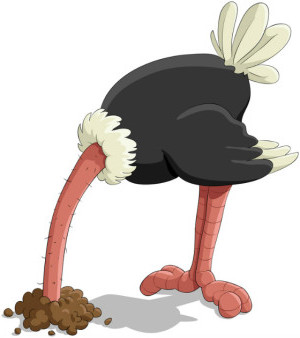 After the match, Louis van Gaal lamented his side’s inability to “reward itself.” He cited the players’ failure to keep the ball in the last fifteen minutes. More accurately, it was his decision to take his eleven’s collective foot from Chelsea’s throat, not pressuring them all over the pitch as they had for the first eighty minutes, which allowed the Blues to steal a point. The squad needs a manager urging them to continue taking the fight to their opponent. Instead, from his chair in the dugout he has taught them to sit back and wait for something to happen. Well, something happened, and the Dutchman has no one to blame but himself.