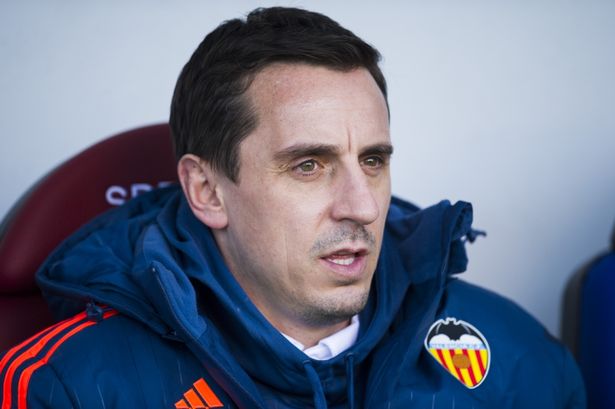 Remember when Roy Keane told us all about the showers at Manchester United and how they would brag about the size of their cocks? Nicky Butt had the biggest you’ve ever seen, prancing around doing the windmill while Gary Neville squandered with a little button mushroom.

No, neither do I. But it must be true because social media said so. There’s even a Photoshopped image with text and Keane’s face for proof. 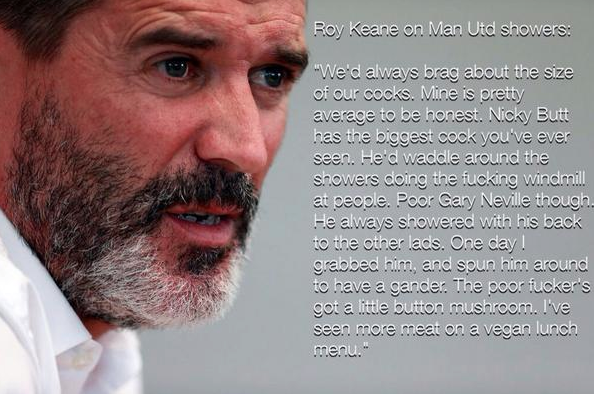 Roy Keane’s face and some made up quote…

Anyway, bullshit aside. Wednesday night brought more misfortune to Gary Neville, and it had nothing to do with button mushrooms. His Valencia side, not going through the greatest of spells, suffered a 7-0 hammering in the first leg of their Copa Del Ray tie with Barcelona. Luis Suarez scored four while Lionel Messi netted a hat-trick to kill of the tie. 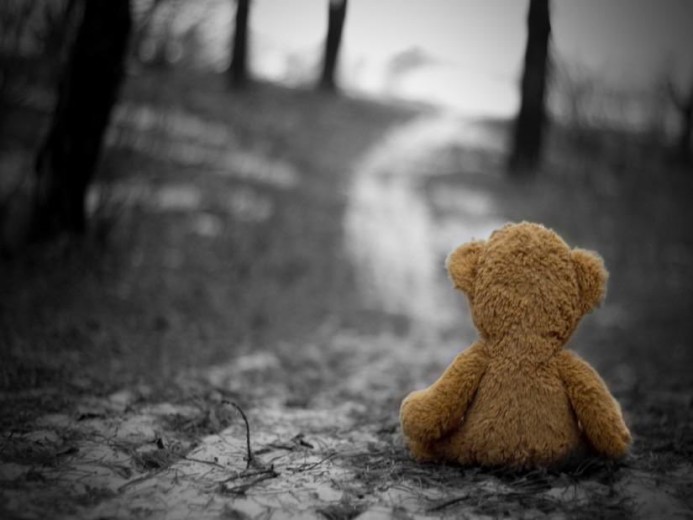 I believe Neville deserves time to turn what has become a shambles at Valencia around. Taking that job took balls (another genitalia reference) and he knows the game inside out. I know that having spent time with the former Manchester United captain last year.

He may not be ready for management yet — and may never be — but a tonking against that Barcelona side means nothing. Although, it still came as a kick in the mushrooms.

“I am not going to sleep well tonight,” said Neville, insisting he would not quit when joined by journalists.

“This is one of the worst experiences I’ve ever gone through in football.”

The above quotes are legit — sourced by some of the biggest media organisations in the UK. Below, however, we bring you complete and utter bullshit that the likes of The Sports Bible present on Social Media without sourcing its legitimacy.

We have no idea who came up with it but we have a feeling it went a bit like this: *attention seeking dickhead runs into bedroom, opens laptop, launches Photoshop and creates a false quote* 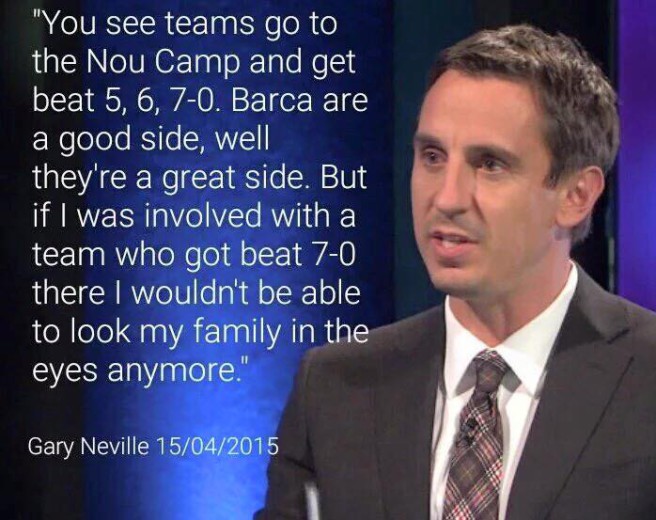 We just thought we would save you from the bullshit probably bubbling on your timeline this morning. Don’t like, retweet/share any of it with a single hint of belief.

Next up: Keane telling us the feud with Fergie began with chronic flatulence. 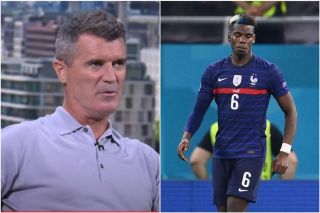