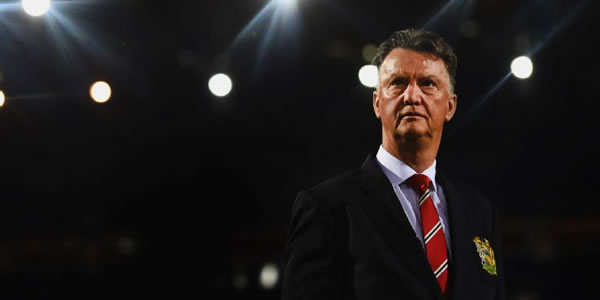 It was almost nine years ago now when Jorge Valdano decided to voice his displeasure at English football. The high drama that took place in the Champions League semi-final match between Liverpool and Chelsea didn’t quite wash with old Jorge. The one-time world cup winner was dismayed at the lack of technical quality Messrs Mourinho and Benitez put on and even more irked that the fans went nuts for it as if it was the best thing since bread was delivered in sliced form.

Well if an intense and dramatic semi-final classes at “shit hanging from a stick” then it’s a fool’s errand to try and find the lengths to describe what the latest annual detestfest between United and Liverpool was. Poo on a pebble? Crap from a cannon? Faeces from the arse of a feral drunk in Failsworth? Whatever it is I’m not sure there is quite enough human waste to go around that would adequately sum up what was served up at Anfield on Sunday.

In many ways viewing the game was worse for me. I recorded the match to watch after I got home as I couldn’t watch it live. I knew the score and I had prepared myself for how bad it would be. It was so much worse than that. Unlike many of you I found little to nothing to be happy about despite beating our most hated rivals. Getting a huge slice of luck in the midst of a shocking performance in a criminally terrible match was nothing to brag about.

Maybe in the context of a season where United were playing crowd-pleasing football, you would take the result at face value as another bloody nose scored on Liverpool. Unfortunately, this was an inept display in an ocean of tepid, tedious, tiresome, tripe. It says a lot for the state that Liverpool are in that they managed to lose to a United team who looked even worse than they did in defeats to Bournemouth, Norwich and Middlesborough.

The latest chapter in the storied and glamourous rivalry between the two big boys of the post war era was thunderously bad, possibly one of the worst matches I’ve ever seen. Passes constantly going astray, defensive errors a plenty, United playing the tactics of the 1993 Wimbledon team and Liverpool offering as much penetration upfront as a eunuch. In the central hub of this whirlpool of sewer waste was Fellaini and Lucas. Two men who could only be called “footballers” in the very loosest sense possible. Fellaini is particularly awful. Starting as an expensive joke, before transitioning to loved, comedy squad player to now being someone most fans would rather just served up half-time entertainment.

United should look to their rivals with a worrisome gaze because on current course, that is exactly where the club is heading on and off the pitch. Dismiss Van Gaal’s arrogant and typically deluded observations that the club is “too big” to not win the league for over two decades. Spewing forth that kind of verbal diarrhoea is what is keeping Van Gaal in a job. A handy distraction to the incompetent chief executive and absentee owners who very likely still don’t understand why United players are without pads, helmets and don’t use a brown, egg shaped ball.

No club in England is too big to fall off their perch. Especially when said club is still several hundred millions of pound sterling in debt. Once the habit of winning disappears from the hearts and minds of players it becomes very difficult to find again. Then the quality of players gets worse.

It is happening already just in case you missed it. Ferguson covered for the Glazers by buying average, Moyes was worse and Van Gaal has spent nearly a quarter of a billion for a band of packhorses, some of whom could easily be thoroughbreds if given the freedom. Instead at current rate much of the current squad would be lucky to play fullback for Aston Villa nevermind match the great players and teams of United history.

Most United fans seemed utterly delighted by Sunday’s result from my own interactions and observations. They shouldn’t be. Were either of those teams playing anybody else they would have been crushed. Moreover, after the uncharacteristic excitement on the Tyne last week Sunday will only reinforce Van Gaal’s zealous belief that results will only be achieved by playing football so bad to watch even Jorge Valdano would be lost for words.