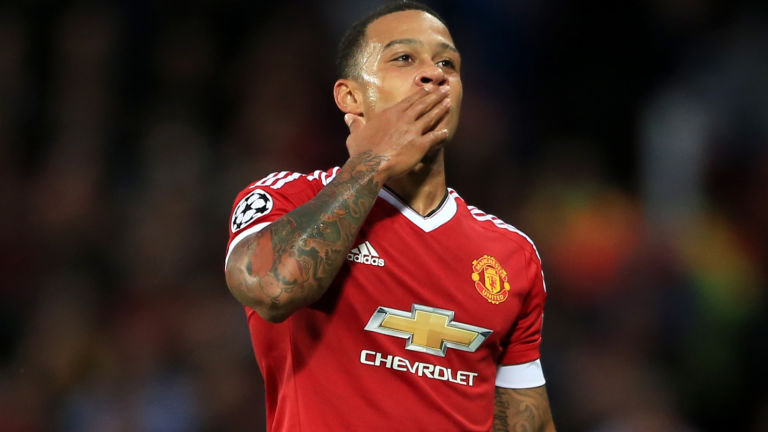 Memphis’ 2015 culminated in Ruud Gullit claiming that he has been the worst signing of the year. Let’s be honest, Falcao takes that dubious prize without the need for a recount, albeit with honourable mentions to Pedro, Firmino, Thauvin, Mitrovic, Delph and everyone Sunderland and Villa decided to sign in the last twelve months. Clearly Gullit’s fallen into that classic pundit trap in which Robbie Savage has made a permanent nest for himself, by trying to be controversial and then wondering why everyone thinks he’s an idiot.

No, Memphis has not produced the form he showed in Holland for United, yet is that really surprising? This is a single guy, coming to England for the first time at the age of 21 and getting filthy rich in the process. Say what you want about the amount of money now in football and how it’s ‘destroying the beautiful game’, but that is the world we live in. Football is entertainment after all, Hollywood stars get paid at least as much for merely pretending to be someone they’re not.

Being the same age as Memphis I understand completely his predisposition to spend the entirety of his wage, in his case probably the equivalent of the UK national debt, immediately on things you don’t need. If I was lucky enough to be in the same situation as him I too, no doubt, would splash my cash on Rolls Royce’s and ridiculous outfits that make me look like a Mexican cattle farmer. Unfortunately my student loan only covers my gambling addiction and alcohol dependency, which leaves nothing left for contributing to Western society’s rampant materialistic consumerism.

There is no reason he should not be allowed to enjoy life off the pitch, after all it’s not like van Gaal allows him to enjoy himself on the pitch. It’s not his fault that every time he leaves the house he gets photographed and then splashed all over The Sun and the Daily Mail. Obviously, he’s being used as another stick with which to beat van Gaal but I’m not interested in the slightest in his so-called antics outside of football.

If you’ve ever seen the Barcelona team before a big match, they come dressed as X-Factor auditionees accompanied by Messi dressed as my GCSE geography teacher. Apart from opining that they look a bit stupid, which is a gross understatement, nobody bats an eyelid. The difference is, of course, that Barcelona win every week and are not bogged down in the inability to force the ball between the rectangular white posts at either end of the pitch. But on the rare occasions that they don’t win and their front 3 doesn’t score 8 goals between them, I doubt the Spanish press complain that Dani Alves’ dress sense or Neymar’s new haircut was the critical factor in them not winning the game.

I therefore don’t buy the argument that Memphis’ lifestyle is affecting his performances. If he was pictured leaving nightclubs at 3am on Friday nights and then was off the pace on a Saturday afternoon you could attack him for unprofessionalism, but it is none of anyone’s business whose company he keeps or what he does with his money.

By all means, constructively criticise the guy’s performances on the pitch, and there is no doubt he does not deserve to be starting for United at the moment. But he’s come from a league which has nowhere near the quality and intensity of the Premier League even in, let’s face it, a very poor quality Premier League this season. At least give him the courtesy of some time to adapt to the country, the club and the style of football without analysing whether those new Ugg boots he may have bought last week have affected his ability to kick a football.