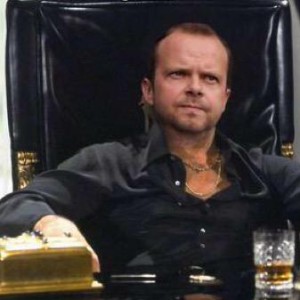 When the phone rang in the kitchen of a small, but elegant home in Wilmslow, Cheshire, the ginger-haired lady baking biscuits for Sunday tea wiped her hands on her apron, brushed a bit of flour from the tip of her nose with the back of one, then picked up.

“Oh, hello, Edward. So nice to hear from you. Did you enjoy the Holiday? Christmas, I mean. Obviously not Boxing Day. That was a right mess, wasn’t it?”

“Oh no, dear! I absolutely didn’t mean to rub it in!” Her face flushed with embarrassment. “I do apologise. Forget I ever mentioned it. How was your Christmas? Did you have family over?”

She leaned on the counter nodding and tutting as Edward went on for perhaps too long and certainly in too much detail. At last he ran down. “Well that’s nice–” she began to reply. Edward moved on before she could finish, however. “Hmm? Yes, he’s here. Shall I fetch him?”

“No, it’s no trouble. No trouble at all. Just give me a mo’, dear…Oh, and say hello to Isabelle for me, will you?” Putting the receiver down on the counter, she moved to the dining room and opened a french door leading to the garden.

The morning sky was gray but without a threat of rain. The light breeze reminded her it was December even though it was far too warm to be concerned about the white stuff. Her husband sat in an adirondack chair, his back to the house, looking over the wall at bare treetops and the grey, cloudy sky. Bundled in a warm coat, hat, and scarf, a heavy blanket draped over his lap, he looked completely at ease.

She watched as he rose stiffly from the chair. The arthritis was obviously bothering him, yet he insisted on “getting a bit of air.” As he strode over, she held the door for him.

“You’ll be the death of yourself, you stubborn git,” she chided. He smiled and gave her a peck on the cheek as he passed inside. “Ugh,” she complained again. “Your lips are ice-cold.”

She heard him laughing as she pulled the door to and set the latch. Then she darted into the sitting room, carefully picking up the extension to eavesdrop. The first sounds she heard were the banging of cupboard doors and the clatter of porcelain. Was he really pouring himself a cuppa before answering? The cold might take him from her but good manners never would. She could hear water pouring, then, finally, steps approaching the kitchen phone. There was a thunk as it was lifted off the counter.

Alex offered a grunt of recognition which was followed by an interminably long period of dead air. At last Ed broke the silence.

“I hope you enjoyed the holiday, sir.”

Passable, Cathy thought. She’d gone to great pains to get the entire family over, kids and grandkids, cook a delicious meal, and make him the center of attention, as he so loved. When this call was over, she’d give him passable!

“Well, that’s good, I suppose.” There was another awkward silence. Cathy felt for Edward. She knew Alex wouldn’t break it. Not on his life. Finally, the younger man cleared his throat and spoke again.

“Sir, I’m sorry to bother you like this, but the Board wonders if you’d be so kind as to come in for a chat.”

Cathy’s ears pricked up at the request. She didn’t like the sound of it. Not a bit. A chat?

“Forget it.” Alex growled. “Not a chance in hell.”

Good for him, Cathy thought.

“I know you’ve settled into retirement, sir, but the club is in a bit of a bind.”

“So, you’re sacking the Dutchman, then?”

“Giggsy can do the job.”

“Well, sir, the Board doesn’t share your confidence. We’re out of a Champions League spot now and things need to be turned ’round immediately. They’d like someone who would inspire more confidence in the lads.”

“Giggsy can do that. Hell, the Dutchman could have managed it if he’d gotten off his fat arse now and then. They’d have felt he was in their corner if he had.”

“Maybe so, sir, but they all know Giggsy hasn’t any experience. They need a stronger hand to guide them.”

“I meant someone else.”

“There isn’t anyone else at the moment, sir. There won’t be until Pep becomes available in June. To be frank, he’ll be much easier to entice away from City if you take charge for the duration of the season, and keep us in Europe.”

There was a snort from Alex, and then another silence. This time, Ed knew he couldn’t be the one to speak first. A moment passed. Then another. Finally Alex made up his mind.

“Perhaps you could take more time to think on it, sir? A day or two?”

Good for him, Cathy thought again. Bravo. United had him for twenty-six years. Now it was her turn.

“Are you certain that’s your final decision, sir?”

There was the briefest pause, then Ed replied. “I see, sir. As I said, sorry to have bothered you. If you forgive my abruptness, I’ll let you go now. I have to get on the phone to Jose.” There was a click and the line went dead.

Shite, Cathy thought as she blanched. She kept listening, as Alex hadn’t hung up. After a moment, he spoke. “I suppose you have his number somewhere, Cath?”

Damn. You just couldn’t put anything past the bastard. Sighing, she put the phone back in its cradle, moved slowly to the front door, like a prisoner walking to the electric chair, and took her bag from the antique marble-topped table next to it. Pulling out her cell, she looked up Edward’s number and walked resignedly to the kitchen.

Alex was leaning on the counter by the sink, cuppa in one hand, phone in the other. He at least had the grace to look remorseful.

“I’m sorry, Cath. I just can’t let the Portuguese get his greasy fingers on my club.”

“I know.” She took the phone from his hand, dialed Edward’s number, then handed it back. As it rang, she retreated to the doorway. She was too far away to hear the man answer.

“Hullo, lad,” Alex finally said. “Perhaps I can drop by to talk to the board this afternoon, after all. That is, if you haven’t made that call?”

“Great… Oh, and Ed, lad? I have to say that I wish you’d shown similar stones when you were chasing Pedro. Well played. Be there shortly.”