Been flirtin’ with disaster,
Ya’ll damn sure know what I mean.
And the way we run our lives,
It makes no sense to me.
I don’t know about yourself or
What you want to be.
When we gamble with our time,
We choose our destiny. 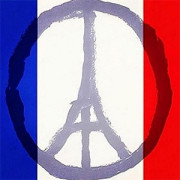 Eleven minutes into the match at Vicarage Road Memphis Depay split the Watford center halves and placed a sweet half volley-over Heurelho Gomes’ head before the Brazilian keeper could react. One-nil to the visitors. This wasn’t the overly patient Manchester United we had seen for the past several weeks of the season, or was it?

Louis van Gaal’s side had pressed the pedal to the metal at the outset, been rewarded for their aggression, and should have been humming along to Sammy Hagar rather than Molly Hatchet as they piled on the pressure and the goals. Instead they took their foot off the gas as the match wore on. David de Gea, who hadn’t much to do for most of the contest, suddenly found himself rather busy after the hour mark. His saves preserved the slim advantage until–inevitably–Marcos Rojo’s silly challenge on Odion Ighalo resulted in Troy Deeney’s conversion from the spot, leveling the match with stoppage time looming. Although Jesse Lingard, having broken clear, had muffed a lob over the onrushing Gomes just prior to the penalty, it was only after conceding for the first time in more than ten hours’ play that United felt the urgency to hit the accelerator once more. The man who had just put the red in Red Devils’ faces would ultimately save their blushes, Bastian Schweinsteiger’s cross along the goal line forcing erstwhile hero Deeney to become the goat, bundling the ball into goal in an unecessarily desperate effort to keep it out.

The old adage is goals win matches but defense wins championships. In one sense that’s true. On the other hand you can’t win without scoring and the opposition cannot level in one strike if they are two or more goals down. Against a dangerous side, say Arsenal or City, pressing the issue can come back to haunt a team. In that instance it is probably wiser to concentrate on protecting a hard-earned lead. The Hornets, despite their surprising mid-table status, are not the Gunners or Sky Blues however. As competitive as the Premier League may be, there is a significant gulf in class between Man United and Watford. This match should have been put to bed much sooner than the ninety-second minute and Louis van Gaal should be concerned it wasn’t. The proper balance between attacking and defending has not been struck. His side are still erring on the side of caution.

To be fair the apparent hamstring injury suffered by Ander Herrera did hamper the visitors’ cause. Hopefully it is a strain rather than a tear and therefore not too serious. It was his perfectly weighted, right-footed cross, delivered after curling to the outside, drawing defenders and creating space for Memphis, which gave United the early lead. With Juan Mata, who prefers to cut into the middle and deliver with his left foot, now providing service from the right, Depay drifted out to the left to clear the way for the Spaniard. Tactically this relieved much of the pressure on the left side of the Watford back line. Nathan Ake’s halftime insertion at left back for the ineffective Jose Jurado did even more and the Hornets were better able to focus on the skill the left side of United’s attack presents.

The contrast between Man United’s two attacking flanks is telling. The greater technical skill on the left, for instance, sees an almost exclusive penchant for short corners, the ball being worked around the box as the players seek an ideal angle to deliver the ball. Over on the right, Mata’s left footed inswingers are invariably sent directly into the box. Unfortunately the left side’s patient approach does a disservice–pun intended–to United’s tall center halves Chris Smalling and Phil Jones. While they’ve only combined for fifteen goals, ten and five respectively, in their combined two hundred fifty-three games for the club, the duo are a threat in the opponent’s eighteen on set plays. This contest’s one directly taken corner from the left proved so, although it was the outside of Smalling’s right boot rather than his head which forced a diving save from Gomes. Perhaps Van Gaal should advise Memphis and company to mix up their approach a little more, in the process becoming less predictable. It’s worth noting Quique Sanchez Flores’ aggressive tactics are what have the Hornet’s punching above their weight class, much as his Atleti side with De Gea manning the sticks did in winning a Europa League title.

Regardless his squad’s imperfections the “Sitting Dutchman” needs to remember another old saying: fortune favors the bold. A more swashbuckling style would have LvG flying like the infamous pirate ship rather than seated for the entire match, lines etching his worried face, knuckles whitening as they grip his clipboard.