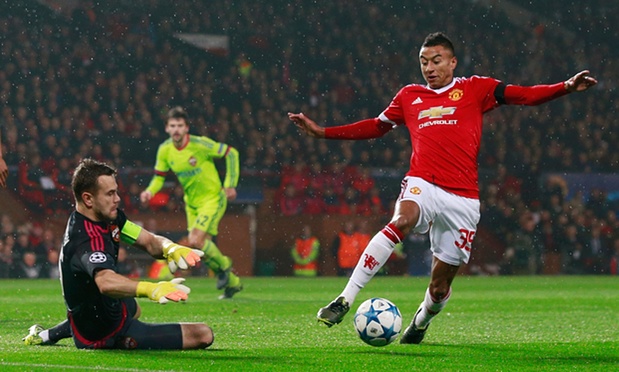 There has been frustration starting to boil over the past couple of weeks but given the demographic of United fans at Old Trafford — average age being of 45+ — I’d expect a little more patience, belief and even class from those that had seen times before Ferguson.

When half time came cries of Attack, Attack, Attack ringed round Old Trafford as the players walked towards the tunnel. Even as a stubborn man, set by his own self belief, Louis van Gaal must have took note of the fans. Although the first half wasn’t that bad we controlled the game and were working the ball to get in behind, pushing men forward but no advantage was taken from the opportunities.

Taking stock at half time, I could only think to myself that the cries of the entire ground willing the players to have a go and in all break that duck must have been the only motivation any player needed to come back out and give it thier all for the fans. We, like in the first half, started lively and I just hoped for an early goal to ease the nerves or at least not die into another stalemate with CSKA happy to keep United out whilst providing no attempt to attack themselves. It then showed they have seen the previous 3 scoreless draws and wanted the same.

Martial going off was bizarre for two reasons: 1) For the fact fellaini came on and offered nothing more than someone we could use at set pieces which never actually happened and 2) the ground booing the decision the manager had made. Even under Moyes had I ever seen that. What ever happened to the days of backing the manager and players right till the end never mind the outcome? Why is Old Trafford now full of people that sit on thier seats hardly chanting and then expect yo be entertained or even more try to undermined the manager?

I’m not saying I agree with the decision but in the end that change never affected the result. It’s just fickle and shows a lack of class. Anyhow, De Gea, who was hardly called into action throughout, stepped up and partially prevented a goal with help from the one and only Mike Smalling, who again has shown how much he is improving and has become a vital part of the team.

The goal, however, was something that a lot will only remember for one reason and that’s Jessie Lingard’s first time touch for Rooney to head in. I am delighted by all accounts and the relief around the ground was superb to see as it meant a lot to ever single player and fan.

I want to credit it more to Jessie because he could have been selfish and gone for the volley. After spending the entire game running at and past CSKA players he may have thought he deserved to have the shot, but instead he cushions it across for Rooney and lets his captain take the plaudits and goal.

Let’s take it back a second to why Lingard was in that place at that time… Van Gaal had subbed off Mata to bring on Memphis and move Lingard over to the right. I would love to know how many Reds picked up on that change of tactics that was vital after they had booed him taking of Martial only 10 minutes earlier.

I’ve seen Lingard play in the three home games after being impressed with him versus Everton at Goodison. In all three home games — City , Boro & tonight vs CSKA — he deserved a goal for his efforts but had an opportunity in each. Tonight I was gutted to see his effort brilliantly saved because it would have topped a man of the match performance off.

Moving on, three points at home to PSV and we are through. The aim now is to get a good run together in the lead up to Christmas starting this weekend against West Brom. It’s not all doom and gloom with the LvG OUT brigade retreating quicker than Chelsea fans swapping back to City fans. I look forward to finding the idiots that where calling this a crisis not 48 hours ago.