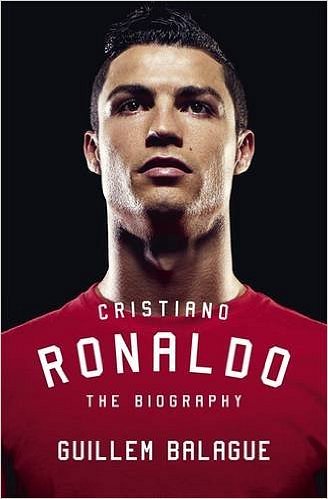 While I plan on meeting Guillem Balague in Dublin next month at a similar event, Jonathan Shrager was at the National Football Museum tonight for the Spaniard’s latest book launch.

The book focuses on former Manchester United star Cristiano Ronaldo, so it holds some relevance to us at StrettyNews.com. This publication promises to be a hit as Balague has previously written best sellers on Pep Guardiola and Lionel Messi.

“Cristiano Ronaldo – The Biography “ is now available at Amazon.

Anecdotes and other snippets from the event via @JonathanShrager

Quinton Fortune on Ronaldo: “We used to wind Ronnie up that he was wearing the number 7 shirt until Becks returned from Real [Madrid].”

Mike Phelan: “We’d play open game in training where Ronnie was the only player restricted to two touches. He didn’t like that.”

Phelan: “Sir Alex was a master of managing egos. There was no bigger ego that Sir Alex. And that was key to longevity of Manchester United’s success.”

Mick Clegg – Player Development Coach: “I always had the impression that he was turning himself into the best whilst at Manchester United to ultimately go to Madrid.”

Phelan: “The Rooney – Ronaldo 2006 World Cup winking incident was a non-issue within Manchester United. We all accepted him back with open arms.”

Fortune: “Half-time, 3-0 down at Spurs, Sir Alex was as calm as you like. We expected otherwise. You know what happened next.”

Fortune: “Sir Alex’s man-management was amazing. We sometimes left changing rooms wanting to run through a brick wall for him.”

Fortune: “Ronaldo was the only Manchester United player who had a mirror by his dressing room seat. He used to come to training fully dressed-up.”

Phelan: “Ronaldo is doing things on the pitch now at Real Madrid that he learned at Manchester United. It’s nice when I watch him on TV.”