And so I wake in the morning
And I step outside
And I take a deep breath and I get real high
And I scream from the top of my lungs
What’s going on?

If your glass is half full you’re happy Man United have kept clean sheets in three consecutive matches. If you’re as sane as the rest of us. though, your glass has been emptied, filled, and emptied again until you are senseless because United’s opponents have also had no need to do laundry over that spell. The helpful announcer on my particular feed for the match pointed out the club has not endured three successive nil-nil draws since 2005.

Relax, you optimists are probably saying. When something happens once a decade it’s just a blip on the radar, a rare occurrence, an anomaly. I’m not so sure. I mean three games may just be the tip of the iceberg this time. Under their current manager United have learned how to control possession but have forgotten how to strike fear into opponents. The consensus among fans has been Wayne Rooney is the sole reason for the club’s current morass. His loss of pace and touch have taken the sting out of the attack. Yet at Selhurst Park today he had the club’s best scoring chance against Alan Pardew’s Crystal Palace. The best. Maybe the only.

When the lynch mob’s anointed savior Anthony Martial moved into the middle he was equally inept, just as unable as the man eleven years his senior to evade the hacking and jostling of Scott Dann and Damien Delaney. When he did have control of the ball, making a cutting run towards the box late on, he delivered such a heavy pass even the seventeen-year-old Rooney, who once turned heads at Goodison Park in the same manner his teenaged understudy does these days, wouldn’t have been able to run on to it while wearing a jet pack.

Don’t misunderstand. I’m not saying they’re both rubbish. Quite the opposite. I think they could be a dangerous tandem with the proper guidance. For me the rubbish is sitting in the player’s box, clipboard on his lap, glowering at one and all while making sure Ryan Giggs does not wander off for a pint and a sad reminiscence of the good ol’ days with his pals the Red Dog and the Ginger Prince. 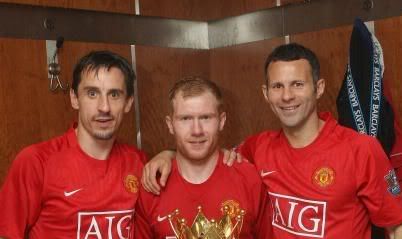 Stretty News’ fearless leader proclaimed his support for Louis van Gaal after the League Cup match despite the loss. Unfortunately I can’t toe the company line. Isn’t a good manager supposed to build on the positives from any match even if it is a defeat? In the end there were some intriguing ideas to draw from the Boro debacle. Playing in the box Marouane Fellaini had four or five gilt-edged chances in the space of a half-hour. Where was he against Palace? On the bench until late on. Jesse Lingard showed progress, pace, and purpose, hitting the crossbar in successive matches. Where was he when the first ball was kicked in anger at Selhurst Park? On the bench, not given the opportunity to prove whether third time does pay for all until when? Late on. Where are United supporters? Napping with their hands on the snooze button until late on. Is it just me or is there a disturbing theme here? 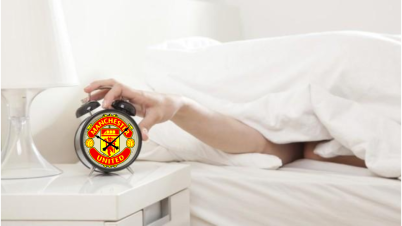 Once upon a time Louis van Gaal may have been one of the best managers in football. You only have to go as far back as the World Cup to see a LvG-bossed side with some intent. The Dutch absolutely shredded Spain in the group stage. They also beat Australia, Chile, and Mexico in regulation before slipping past Costa Rica on penalties and falling to Argentina at the same stage. Look closer, though, and you’ll find three of the four wins–including versus La Roja–were of the come-from-behind variety and the fourth–against Chile–derived from two goals which came when? When else but late on? The only match in which they took the initiative was the consolation final against the brittle, demoralized hosts, Brazil, who had come into the match fresh from a 1-7 dismantling at the hands of eventual champions Germany. So the question is whether Louis van Gaal is an elite manager or simply one of the planet’s luckiest procrastinators?

As the World Cup progressed the Netherlands’ will to attack dwindled. The emotional desire for revenge evident in the opening match against Spain gradually dissolved and Van Gaal’s emphasis on control came to the fore. Any mental health professional worth his or her salt will tell you the desire to control is a negative emotion rooted in fear. And make no mistake negative is the style of football United now plays. Make sure you’re safe is the message. Take no risks. Be smart rather than bold. Under Sir Alex Ferguson United’s philosophy was in line with the notion fortune favors the bold. Certainly fortune has not favored the present club’s lack of audacity. That is why Paul Scholes has distanced himself from the current manager.

Is it time for the Dutchman to go? Unless there is an abrupt change in his tactics toward a more positive, attacking style, I think so. In my opinion he should take a long holiday to reflect on his management philosophy. Perhaps he could be joined by his former protegé, now struggling in the bottom half of the table. They could form a support group for arrogant, condescending bosses who only think they know it all.

At this point I would be glad to see just about anyone take over the reins at United, even Larry the Cable Guy. At least he would deliver the right message. Don’t just stand around until it’s too late. Get out there and git’r done! Unfortunately the United Board is not going to move quickly. They’re going to play it safe with any decision to change managers. Just like they’re current boss, they’ll wait until–you guessed it–late on.