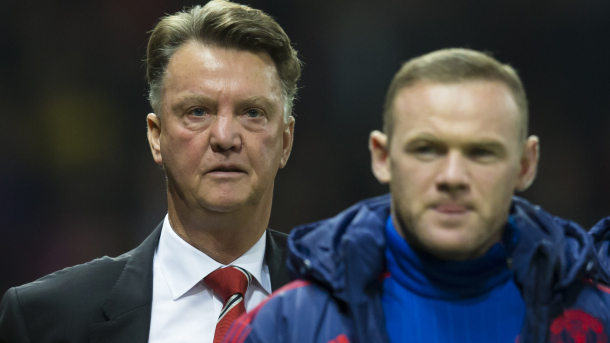 ITV in recent years commissioned a staggeringly successful show called Downton Abbey. I say staggeringly because it is a show where absolutely nothing happens. So much though that if you paused it, time would go into reverse–much like how viewers feel about a show celebrating a time when the lower orders knew their place and Muslims were replaced by the Irish in our massively xenophobic, British narrative on immigration.

The Earl of Grantham and co are a safe bet for all. Unadventurous, not challenging anything, successful and boring. Van Gaal’s United are successful, at least moderately so as they consolidate top four status this season and you can’t build a grand house like Downton Abbey without solid foundations. Bar the entertaining but ultimately mortifying suicide note performance at the Emirates recently, where United surrendered quicker than Neville Chamberlain at the Munich conference in 1938, United have been solid.

Having foundations is thoroughly pointless when you building something ugly. United’s current style of play resembles one of those nightmare Brutalist buildings (constructed by blue sky thinking architects to modernise us Northern yeomen). Van Gaal, like those misguided, optimistic artisans has a pragmatic view of things. Van Gaal’s  success via control at all costs is a Brutalist approach to football.

Paul Scholes, never a man slow to put the boot into the current boss, said he wouldn’t have enjoyed playing in the current United setup. Not half as much as we despair watching it I’ll bet. Last night’s performance against Middlesbrough was bloody awful and the Derby was drearier than a wet Wednesday in Wigan.

Maybe my romanticism is misguided, if you’re a professional working in the game as a coach or player, it definitely is. You want to be a part of a winning outfit, entertainment value is none of your concern. Chelsea, last season played safe to the league title after Spurs bloodied their nose over the winter. Mourinho saw time to shut up shop and make sure the job was done, with players such as Nemanja Matic,  John Terry and the now thoroughly knackered Branislav Ivanovic taking the starring roles with Eden Hazard sprinkling the odd bit of brilliance here and there.

Although it was duller than a Coldplay album, the Kensington branch of the KKK are daft and sufficiently divorced from reality to be happy with any league success that comes their way. Show them something shiny and they can be happy with ludicrously expensive to watch Downton Abbey style football.

However, United are not a shut-up-shop kind of club. We are–or were–the expressionists to the functionalists, taking the risk of a humiliating low to be successful in swashbuckling, sumptuous style. It is why players past, present and future have chosen United over other clubs. The romanticism of it all, the wonderful glamour, the storied history the winning and losing in style. Not many clubs can lose a local derby at home 6-1 and come away with some modicum of pride as we did back in 2010.

United are not supposed to be Downton Abbey, functional and successful. United are Breaking Bad–some moments that don’t work but when it does it truly a sight to behold, blistering, breakneck and breath-taking. If any victory summed up United most, it would be the reciprocal mauling of our noisy neighbours last season. The 4-2 scoreline was flattering to City as United could have easily hammered in seven or eight on another day. United spent much of the first fifteen minutes on the ropes, falling behind, but once stop-gap superstar Ashley Young levelled things United were blisteringly brilliant. Like John Cooper Clarke in full flow, mesmerising everyone including the beleaguered opposition.

Unfortunately Van Gaal is too risk averse to have his team playing like that on a regular basis. It is a bloody shame as his approach at first seemed an interesting evolution in the development of the traditional United style, reviving the feeling of the old while blending in the flavour of something new.

Being the romantic I am, though, I live in hope Van Gaal will finally go all in to electrify Old Trafford. He has a three-year contract and in an age where we all bang our head against the brick wall over the short-termist thinking of football clubs, United should do what they usually do and go against the grain by giving a manager time. It is a manager of whom I am unsure but at least that uncertainty will give me some excitement at United. Because watching us play sure as s**t isn’t.