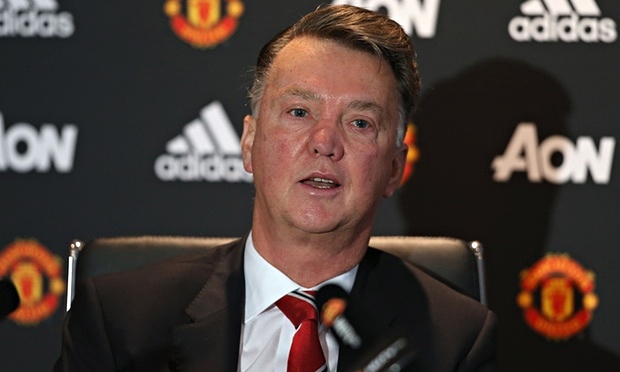 Louis van Gaal is an unpredictable, complex character normally unafraid to go hammer and tongs into any debate. However this time around he was more measured.

We’ve seen that throughout his career at Ajax, Barcelona, and Bayern Munich. Anywhere he went an array of incidents occurred with Van Gaal never being one to avoid controversy.

Unsurprisingly the Dutchman disagreed with recent comments made by Paul Scholes, suggesting the current Manchester United side is not one of which he would want to be part due to its risk aversion and lack of imagination.

“I think the hardest thing to do is to coach scoring goals, creativity and to have players who are off the cuff,” Scholes told BBC Radio Manchester.

“There’s a lack of risk and creativity. It seems he [Van Gaal] doesn’t want players to beat men and score goals – it’s not a team I would have enjoyed playing in.

“The style is not something that Sir Alex Ferguson would have adhered to.”

Van Gaal is not going to turn around and say ‘Yeah, I play dull football, fuckin’ deal with it.’ Well, actually, given the fact he portrays the image of someone that doesn’t give a damn what others think, he probably would for shits n’giggles.

Yet regardless of their disagreement the United manager referred to Scholes as a legend. Take it in a smarmy manner if you wish but that would be completely out of context. LvG’s courtesy is all the more surprising given this isn’t the first time the Ginger Prince has had something negative to say about the new United boss.

The 64-year-old defended the style of his team, insisting that they do take risks.

“No, now you are agreeing with Paul Scholes’s opinion; I always take risks. I always use Dutch expression, but you have a fantastic expression for that ‘sticks and stones can break my bones, but names [words] will never hurt me’.”

“Fantastic, fantastic expression. You do understand the meaning of this?

“He [Scholes] doesn’t have the responsibility so he can say everything. Why is he saying something? Because of the benefit of the club or for the benefit for him? He is a legend and he has a lot of resonance I have heard. I know when we shall lose and lose I shall be finished – but I will do everything for this club because of the fans, who are unbelievable.”

The manager also commented on the way in which these comments were made. Broadcasted to a live audience and not privately to Scholes’ former team-mate Ryan Giggs, or Ed Woodward, the club’s executive vice-chairman.

“I think when you are a legend, you have to speak with the manager or his friend, Ryan Giggs, or Ed Woodward, but not this way, because he will be paid by the BBC or Sky. When Scholes thinks I should go, then I go. But he is not a responsible man, he is not the Glazers or Ed Woodward.”

So maybe words do hurt after all. Fair, although discretion is surely asking a bit much of Scholes in his role as a pundit. When people tune in to hear current or former footballers analyse situations they want honesty. What is the point in going on air and not saying it how you see it? Roy Keane gets endless shit for speaking his mind but he makes for great entertainment whether or not you agree.

Next up is Van Gaal’s lack of comprehension.

“I think Manchester United is always entertaining and I read also in the papers and I see that it is ‘boring,’ but I don’t think there are more spectators in another stadium than in this ground.

“It was a fantastic atmosphere because of the fans of Middlesbrough but also of the fans of Manchester United. They have supported the players fantastically and in spite of the defeat, also when we are going to our dressing room, they were applauding.

“I think when you come to the match and you see the way we have played and you see also the way Middlesbrough has played, also in a fantastic way, it was a close game.

“The second half was better than the first and extra time was also exciting and penalties are always exciting. For us it was not so nice but I think the fans had enjoyed it. If we had scored, then nothing happens but now because we are out of the cup, it is always like that.”

Even as an admirer of the Dutchman, the football we’re being subject to is not very entertaining. Sadly, anyone telling you otherwise is in denial. Attendance and standing ovations, on the other hand, are irrelevant in this argument. United fans proved under Moyes that no matter what shit is put in front of them they will attend games and get behind their team.

Tactically Van Gaal could take more risks to get us off our seats more often. Saying it how you see it doesn’t mean you’re against the man or want him out. We’re still very much behind him but a more adventurous brand of football would go down well.