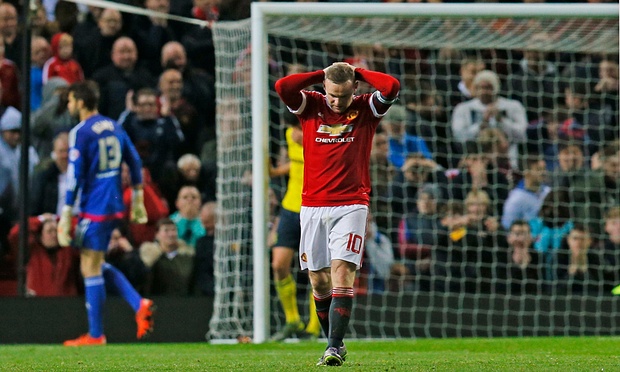 Being pissed, I’ll keep this reaction short. I don’t want Stretty News becoming another one of those football blogs/fan-sites that are renowned for knee jerk views. We do our utmost to come across measured.

Yet again Manchester United are guilty of underestimating lower league opposition under the management of Louis van Gaal. In the same competition last season the Reds suffered a spanking against MK Dons but still, on Wednesday night, went into a game against Middlesbrough, a team placed fourth in the Championship, with a lackadaisical approach.

That doesn’t sit well with supporters paying hard earned cash to follow their team home and away throughout each campaign. The manager and players ought to unite in taking responsibility for not learning from previous lessons, but as fans we’ll support win, lose or draw. That’s just the way it is.

This not your typical match report. Unfortunately, I’ve neither the time nor disposition to properly construct one tonight. But saying that, if I was paid to write one on a freelance basis it would look something like this:

It’s time to dust ourselves off and get set for Crystal Palace away at the weekend. This magnificent club has bounced back from much worse but Van Gaal and his squad need to start learning from mistakes and setting records straight. I, for one, consider myself convinced he will.

And congrats to Middlesbrough. They gave us plenty of space in wide areas and we didn’t take advantage of that.