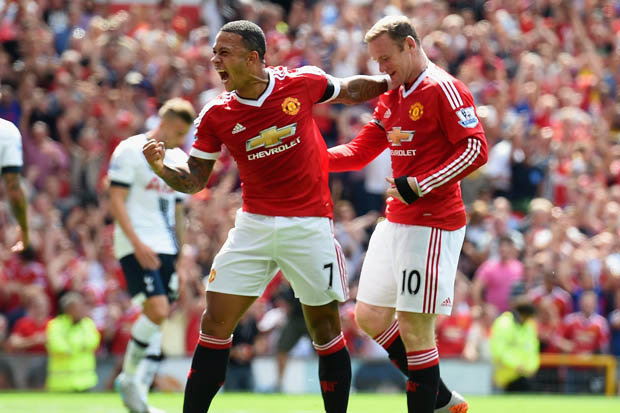 Wayne Rooney did two shocking things this weekend. He scored away from home, something he had not done for almost a year and more shockingly scored against Everton. Rooney’s performances against Everton, even at his rampaging, rambunctious best, were often more tepid than a world folk music night at a basement boozer in Blackburn. In fact, against any team from the Liverpool area Rooney withdrew into himself as if some pre-programmed behaviour kicked in not allowing him to work in favour of us hated Mancunians against the motherland.

However, Rooney scored this weekend, showing up all the doubters like me for the fickle, fair-weather fans that we are, or “Haterz” as the kids today apparently call us. Except Rooney did no such thing for any of us who watched the entire match at Goodison Park, which by the way was our best performances of the season by several light years. Rooney was wasteful with his chances – his goal was a chance in a succession of wasted opportunities – wasteful in possession and again demonstrated the first touch and close control of a Tory MP in an orphanage during the 1980’s.

The idea of Wayne Rooney, the Viking berserker of a footballer who struck a deathly dread into opposition, still holds a power with many fans, United and others alike. Unfortunately that player, the one who was worth the price of admission on his own, hasn’t existed in years. It isn’t because he has altered his game to make it more nuanced and intelligent as he gets older, he is just in a tragic, terminal decline. A forlorn finality to a man who was the high ideal of what a great Northern footballer should be.

The Specials song, “Too Much, Too Young” is a perfect analogy for our Wayne’s career. Flogged mercilessly by club and country as a teenager, Rooney is now burned out. Not just physically either, even in his interviews and press conferences, never the most interesting at his best, he looks like a man who is tired of his profession. It is understandable of course, an early physical decline along with having won everything before turning 28 kills a man’s drive. Wayne would probably rather put his feet up with the wife and kids and enjoy a well-earned and wealthy early retirement. Frankly I don’t blame him.

United need to clear their wage bill and their captain should be near the top of the “to-go” list. But who will buy? No other big club would want this shell of a player and nobody less could afford him. If I was Ed Woodward I’d sell Wayne Rooney to the FA and Wembley stadium. The national obsession with the new all-time record goalscorer and captain is utterly ludicrous, considering how often he flatters to deceive when it counts.

However, he is the FA’s only real financial draw left with a long, long line of squandered talent, overhyped second-raters and an uninspiring national team. The FA can roll him out every couple of months to try and recoup the ludicrous expense on the corporate monolith known as Wembley Stadium. A special attraction for England games, maybe they could even persuade teams in other sports to bring him on for a few minutes. Wayne Rooney turning out as running back for the Jacksonville Jaguars would be a sight to see and for any NFL fans reading probably an improvement on any players the pointlessly poor Jaguars actually have.

The Balled of Memphis

Speaking of wasted talent, United’s number 7 is toeing a thin line right now. The kid has talent but it is a pity the only talent he seems content to show right now is the talent to infuriate us like Michael Owen’s droning and dim-witted commentary. Of course he does have real talent on the pitch does the young Dutch tyro. Anyone who saw his one man show against Club Brugge or saw him swagger onto the scene in Brazil at the World Cup knows that.

Alas Memphis is finding out the hard way that talent is a curious thing. That innate and superior natural ability means sod all when you cannot be bothered to commit to any sort of self-improvement whatsoever. It looks even worse when the modern media hype machine gives us fanfares to talented but unproven young players like the opening parade of contestants for the Hunger Games.

Its hype Memphis did nothing to try and damper when he arrived. Strolling through the doors like he owned the joint, with his quirky dress sense, fitness model physique and an enviable pair of tattoo sleeves. He had the air of the fantastical and despite his denials, is so desperate to paint himself as the second coming of Ronaldo and take advantage of a bizarre cult where a man who while fabulous, sulked and stropped his way through his last twelve months gets more support from some United fans than any current player.

Memphis should concentrate less on trying to be Ronaldo Version .2. Just try and be the best version of himself he can. Of course there is a lead he can take from Ronaldo in how to ingratiate yourself back into the good graces of the support and an increasingly and publicly impatient manager: Work bloody hard! Reports of his lackadaisical lifestyle demonstrate he hasn’t grasped that yet. Ronaldo was workhorse and dedicated himself wholly to the concept of being the best and figured out how to be the best and only version of himself.

Memphis should realise just like Ronaldo did early on, that the problem with trying to be someone else is that you always end up inferior to the original. The quicker he remembers that the quicker he will avoid being another Angel Di Maria.