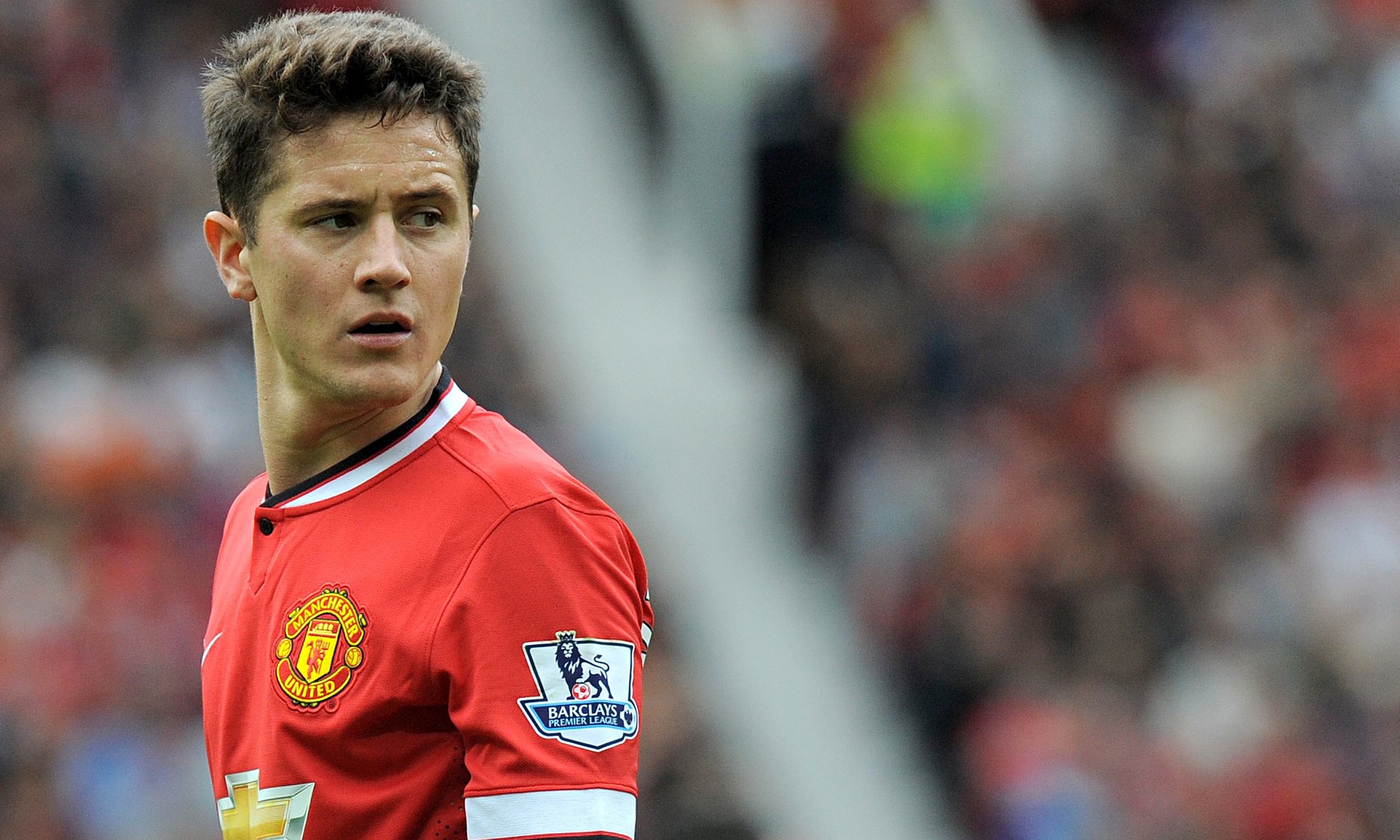 There are a lot of reasons why Ander Herrera is proving to be a very popular figure in this Manchester United setup among fans and players alike: The cheeky, chappy Dennis the Menace persona, the immovable bromance with amigos Juan Mata and David De Gea, playing a starring role in Slippy G’s ‘Gone In Forty Seconds’ at Anfield, turning into the midfield goalscorer we have been crying out for since Paul Scholes’ heyday, and being one of those foreign imports of the Vidic and Evra ilk–enthused and educated by the United history–who ‘gets’ what it means to pull on that red shirt every weekend.

Perhaps most crucial is he makes this United side tick whenever selected. His stats make for hugely impressive reading–11 goals in 27 starts is admirable for a United side widely acknowledged to be deficient in midfield goals before his protracted signing. Even more startling is Herrera’s conversion rate, 8 Premier League goals from a mere 10 shots. It was worth a year’s wait to bring him to Old Trafford. When looking back at teams down the years which have gone on to collect silverware, midfielders notching double figures have been paramount. Scholes and Lampard’s ability to hit the net were key ingredients in Ferguson and Mourinho’s title winning recipes.

Given a sustained run in the team, Herrera could threaten double figures, especially if he is given license to continue to flourish in the number 10 position. His header against Everton, on a sublime delivery from Marcos Rojo, was reminiscent of the Ginger Prince arriving late and finding the space. Like Scholes, Herrera’s one and two touch interplay provides a spark that Louis Van Gaal’s United side lack on occasion. That Van Gaal spoke so glowingly of Herrera post-match was the ultimate confidence booster if the Spaniard ever needed one: Admitting he will be needed in the Russian capital in midweek and essentially calling Herrera undroppable when he is on song should send the player into the Champions League week riding the crest of a wave.

As should the entire side. After such a limp showing at the Emirates, going into Saturday on the back of no goals or points in our last three Goodison outings left my confidence at an all-time low. Saturday’s performance quashed any fears I had of a post-break hangover. It was the perfect start to a set of challenging fixtures.

The system went a long way to securing a crucial three points. After elder statesmen Bastian Schweinsteiger and Michael Carrick were taken to the cleaners at the Emirates, Morgan Schneiderlin’s hustle in place of Carrick eased the physical exertions on the German, who was able to dictate proceedings at his own pace. The former Southampton man’s omission from the lineup against Arsenal, a fixture for which he was surely signed, appeared at the time and in hindsight to be a huge aberration in Van Gaal’s philosophy. Adding Schneiderlin, along with the physicality of Phil Jones for Daley Blind, provided solidity to the side that was carved open at will at the Emirates.

Herrera’s tenacity and energy was hugely missed that day too. With Memphis given a dusting down by manager and assistant, Anthony Martial proved to be a more willing and diligent option on the left, enabling Wayne Rooney to play on the shoulder rather than stifling himself coming deeper. Add in Herrera’s incisiveness and there was a vibrant, assertive, control which left Louis Van Gaal purring at full-time. This was his philosophy coming to fruition, well timed with the fixtures against CSKA and City in a critical week.

Victory in Russia will go a long way to securing qualification to the CL knockout stage as you would fancy our chances in the home fixtures to come. Combating icy temperatures, an artificial pitch, and the extensive travel will not be elementary obstacles to overcome, but victory on Merseyside was just the right tonic. Confidence should be brimming after such a clinical and emphatic display at the weekend.

This could be the start of a special week. Going into the Sunday derby with momentum will have Old Trafford electric, with supporters charged for a second successive derby win.

Let’s have it, reds!