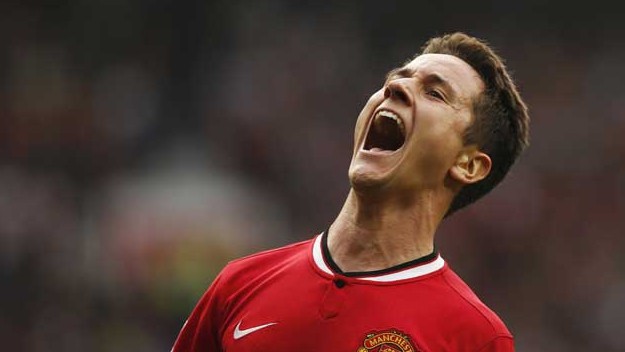 One universal opinion to which every Manchester United fan in the world will agree is that we played close to perfect football against Everton. After a long time, swashbuckling was again a term used to describe United’s play. Every player did their job to perfection. This is a proper 4-3-3, which we utilised so effectively towards the tail-end of last season. Make no mistake about it. This was a tough away game. United have been woeful at the Goodison recently, losing 4 of the previous 5 meetings against the Toffees at Goodison.

The game was loaded with positives. Phil Jones and Chris Smalling effectively snarled the physical Romelu Lukaku, then Arouna Koné in the second half. The gaffer vindicated his decision to leave Daley Blind on the bench. Anthony Martial was a constant livewire on the left, providing some blistering runs along with Marcos Rojo, who supplied a sumptuous inch-perfect ball for Ander Herrera to head home. Wayne Rooney scoring his first away goal since November 2014 was icing on the cake. Though the skipper should’ve converted a second one-on-one with Howard, his play was vibrant and energetic as we have come to expect from the former Everton boy.

Let’s get back to our #21 again. Twitter explodes exactly an hour before kickoff if he’s on the team-sheet. The fans worship him. Singled out for praise by Louis van Gaal himself after the game, Herrera does seem to bring a new dimension to United’s play. He is an enigma of sorts, not a typical No.10, neither a deep lying midfielder. But he is the closest we’ve come to replacing the ginger prince in United’s engine-room. Effortlessly spraying the ball around with great accuracy and finishing off moves with late darting runs. He has a venomous shot on him as well–Yeovil anyone?

His league stats are right up there, most notably 8 goals from 10 shots on target in the Premier League. Amazing for someone who is predominantly a midfielder. It begs the question why is he not the first name on the team-sheet?

Though his positional play can be suspect from deep midfield, he brings so much more to this oft-faltering United side. He combines his boundless enthusiasm to attack with a willingness to get back and defend. Even after a Man of the Match display Louis van Gaal said the enthusiastic Spaniard may still be dropped if the game demands, much to our dismay.

Two massive tests are coming up for United, starting in the midweek in Moscow and then the Manchester Derby. If Herrera performs the way he did against Everton, the midfielder from Bilbao well may make the ‘Trequartista’ position his own.