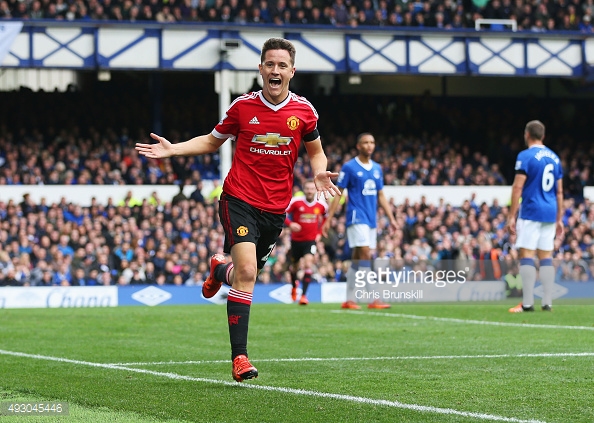 Yesterday I wrote about the fun atmosphere and energy Jürgen Klopp promises to bring to the red half of Liverpool. It seems only fair to briefly follow up. In his first match in charge, at White Hart Lane, that energy was evident in the first twenty minutes. Divock Origi bounced a close-in shot off the crossbar during the spell but Spurs weathered the storm, growing into the match. They continued to be the more dangerous side in the second half although Liverpool had an opportunity or two. Late on Klopp sent in Jordan Ibe who showed the type of attacking speed we’re used to seeing from Klopp teams. Unfortunately Ibe’s most impressive run was diagonal. Even when the four or five regular Reds starters currently in the trainer’s room are healthy the German will have no Pierre-Emerick Aubameyang, no Marco Reus, no Henrikh Mikhitaryan to so easily penetrate enemy lines. In the end Klopp came away with an acceptable first point in English football from a nil-nil draw but the road ahead is long and fraught with peril.

Shortly after affairs in London concluded United kicked off their match against Everton at Goodison Park. It’s fair to say the international layoff was beneficial to the club’s morale. Here are four things I took away from the match.

Even Louis van Gaal isn’t stubborn enough to stick to the same Manchester United starting XI after a debacle like the one at the Emirates before the break. The ill-advised pairing of Bastian Schweinsteiger and Michael Carrick was shelved with just the German starting. Having only the one midfielder to play through, United’s breakouts were more focused and efficient.

As well Ander Herrera and Morgan Schneiderlin were back in the side, and Phil Jones and Marcus Rojo returned from injury. The Argentine slotted in at leftback allowing Matteo Darmian to return to the right flank where his play is more enterprising. More importantly though Jones’ presence at the expense of Daley Blind gave United two physical center backs to deal with the imposing Romelu Lukaku. At the other end of the pitch Herrera and Schneiderlin made their cases for regular spots in Van Gaal’s lineup. Schneiderlin’s opener came from the top left corner of the eighteen, a low, powerful volley that beat Tim Howard inside the far post. Herrera’s header from just outside the six came off a perfect cross from Rojo, and the Spaniard would turn provider for Rooney in the second half. With Schneiderlin sticking to Ross Barkley like toilet paper to a shoe, it seemed LvG had crafted the perfect gameplan with exactly the right personnel.

The absence of Memphis was likely an opportunity to rest after a disappointing fortnight with his national team, the Dutch being eliminated from Euro ’16 contention. Anthony Martial filled in splendidly, making two dangerous runs along the Everton touchline and slotting a sweet pass through three defenders across the top of the box that Jesse Lingard sadly wasted with a wildly off target volley.

Lingard was a surprise insertion at the half for Juan Mata. At the writing it’s uncertain whether Mata was injured or, as he hadn’t played badly, was the victim of a tactical switch. With the Toffees two goals in arrears the young Englishman’s pace threatened to expose the home side should they push too hard to get back in the game, yet his teammates didn’t seem to have the confidence to provide him service until the match was put to bed. Instead, with Mata absent, they turned to another player to keep Everton on their heels.

In the first half it certainly appeared that way. Rooney wasn’t coming back in the manner he has been throughout the early campaign but he was holding the ball up very well and laying off for the attackers on the flanks. When he was a part of the breakout, spearheading a rush up the pitch, he inexplicably sent the ball back to Phil Jones rather than leading Mata or Darmian up the right side. He also found himself in cleanly on Tim Howard only to pass up the shot to lay it back for Martial, giving John Stones a chance to come to his keeper’s aid and block the volley from the top of the eighteen.

On the other hand, with Mata out of the match, Roo became the focus of the attack, enjoying a handful of opportunities including Ander Herrera putting him through to ice the game after a poor clearance from Phil Jagielka was intercepted. Not too long afterwards he was in again for a possible brace but couldn’t find the trigger before running over Howard who had charged out to smother the ball.

3. Phil Jones is a pub brawl waiting to happen.

While he played a solid, responsible game without the risky adventures he sometimes fancies, the former Blackburn Rover couldn’t help but get in harm’s way once again. His nose was bloodied in the twenty-eighth minute, forcing him to the sideline for treatment and momentarily giving Romelu Lukaku a bit of time and space. David de Gea charged out to foil his shot from just off the right post, taking a shot to the jaw for his trouble. So maybe this time Pugnacious Phil was an innocent even if he had stuck his nose in the wrong place.

4. Roberto Martinez makes his own adjustment.

Whereas bringing Jesse Lingard into the match at the half was only beneficial to United’s cause in the indirect sense, the Everton manager’s substitution of Steven Naismith for Arouna Koné doubled down on the physicality in the Everton attack. The move almost paid immediate dividends when the Ivorian nearly connected after muscling his way deep into the box. Hard pressed United hung on until Rooney’s goal sealed the deal, but not without taking some liberties. Bastian Schweinsteiger was carded for manhandling Ross Barkley then Marcus Rojo saw yellow for nonchalantly tossing the monstrous Lukaku off his back. Apparently the Superman tattoo behind the Argentine’s left ear has some significance.

Next up for United is a midweek trip to Moscow to face CSKA in the Champions League before a daunting challenge: rampant City commute to Old Trafford for a top of the table tilt on Sunday next. Who said life in the Prem was easy?