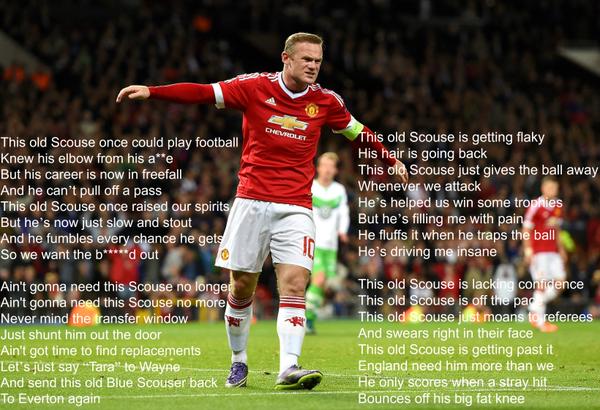 It was the @ManUtdMEN Twitter account, renowned for sharing Manchester United news, that uploaded a poem wrote by a fan who lets say, has little to no patience with Wayne Rooney.

Whoever it is, they’re not alone. Rooney is walking a thin line at the moment and we’ve already ran two opinion articles (will the real, angry Wayne Rooney please stand up & Wayne’s on the wane) on him today.

One Manchester United supporter has had enough of Wayne Rooney. And here’s his song to prove it. #mufc pic.twitter.com/acq632WIxh