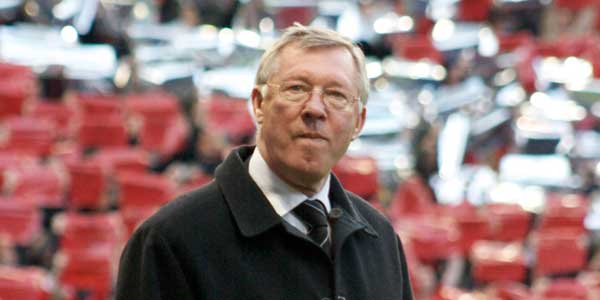 It shouldn’t be hard to find anger, it’s not as if it’s hidden away in dark corner like the clit is, it’s usually a massive great big thing that you’re obliged to give your undivided attention to.

I don’t want to be one of those Kramer Vs Kramer reds who keeps banging on about what it was like under Sir Alex and how Louis will always be shit just because he’s not him, but when I watch us play such anaemic football as we did at The Emirates, I’m pushed closer to being exactly that kind of red.

I dread to think what will happen Saturday afternoon if we step out at Goodison and offer the same level of limp wristed football there as we did last year on Merseyside, and last time out in London and we’ll receive the kind of beating that’ll be on a DVD being shoplifted from the club shop until the end of days!

When the summer ended I was euphoric. We had shipped out the tumours eating away at the winning mentality Sir Alex had installed in the club. We had brought in a number of players who added genuine and significant quality in areas we desperately needed it in, all looked good to be something close to a credible force again.

Against lesser opponents like Villa, Liverpool & Sunderland we looked like that was the case, but when you look at our performances against Wolfsburg & Arsenal, we looked like boys against men! In both games we got opened up more often that the box of Roses at Christmas (other chocolates are available, this is just an analogy, not a paid for advert), if we play like that again against Everton, then Murphy & Shearer will be killing all contenders to be the first 2 in the studio to rub salt in the wounds of another defeat.

Under the great man, the worst time you could ever play United was after a heavy defeat. Sir Alex’s demand for his players to go out there and show people that the natural order was being restored was evident in everything his players did, it was amazing! We didn’t always have the best players, or depth of squad in his final years at Old Trafford, but what we did have was a spirit that could carry the club to levels well beyond the skill levels of the players at its disposal.

Look at this season, the squad is far superior to the whoops basket of a squad that Sir Alex left the ginger train wreck to manage, if you want to argue against that theory you’re just a fool!

But what it’s showing us is that it’s wonderful to now have a midfield made of Mata, Carrick, Schweinsteiger & other sexually appealing options.

It’s beautiful seeing young players like De Gea, Smalling & Jones mature into something highly beneficial to the club than they were 2 years ago.

It’s arousing looking at the potential in young recruits like Marshall, Memphis & Shaw.

But it’s truly terrifying when you see a United side go out to grind out results like we’re sorry to be a nuisance, that’s not how we do things.

I’ve learned to accept that we’re no longer a counter attack side who’ll kill you with pace down both flanks, it wasn’t easy, but I did it. What I can’t find it in me to do is accept that we’re a side who don’t have that bite, that fuck you mentality where players simply refuse to concede defeat.

Having watched United sit back and smile politely last Sunday at The Emirates, and last season at Goodison as the opposition wandered through us with ease time and time again, I can’t accept watching a United side that players without the anger that was the hallmark of the winning mentality.

I can cope with not winning trophies year in year out if I can see that the lads had given everything in the pursuit of them, but it just hadn’t come off, but I don’t see that with these lads, and that scares me!