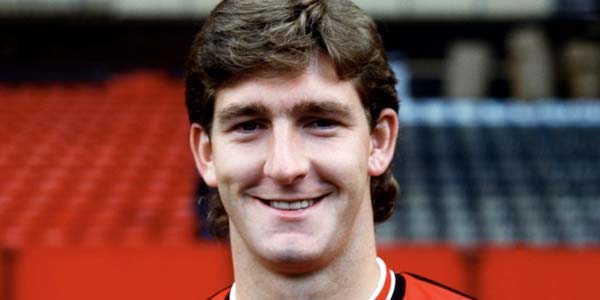 In the build-up to Manchester United trip to Goodison Park on Sunday, Stretty News had the pleasure of conducting an interview with a football legend that played for both clubs.

Norman Whiteside did not just smash scousers but records also. In 1982 he broke Pele’s record for the youngest ever World Cup finals appearance (Northern Ireland vs Yugoslavia) at just 17-years-old and 41 days.

Stretty News: It’s a bit irrelevant this week given Saturday’s encounter is in the Premier League, but tell us what winning the FA Cup back in ’85 meant as a footballer?

Norman Whiteside: It is every schoolboy’s dream to play in the FA Cup Final, but to score the winning goal put the icing on the cake. A very proud moment for me and my family.

SN: It was a close game against arguably the best Everton side of all time. Do you think their trip midweek – beating Rapid Vienna 3-1 in the European Cup-Winners’ Cup Final – took its toll at Wembley?

NW: Yes, very much so. For a change Man United were the underdogs in the final – something you don’t hear very often.

Yeah, they ran out of steam. I also remember it wasn’t a great football but we battled on with 10 men.

SN: Much of the talk about the final was about Kevin Moran’s sending off for a mistimed tackle on Peter Reid, who according to Kevin Sheedy got up and asked the referee not to show red. But it was you, a 19-year-old that put the ball past Neville Southall and brought cup success to a great United side. Do you have many other great memories as a United player that rival that moment?

NW: Too many to mention really. Where do I start? I captained the club as a 20-year-old, scored in three Wembley finals & two semi-finals, made my debut at 16 and became the youngest Man United goalscorer.

SN: You went on to play for Everton in ’89 and retired without a league medal. With the significance of the FA Cup at the time you won it (’83 & ’85), did it make up for a lack of league success?

NW: No, not really. Every player wants to win the league, including myself, but it wasn’t meant to be. I am so pleased that my mate Robbo won it as he truly deserved it.”

SN: What was it like to work under Big Ron? Do you think he would be successful in today’s game?

NW: He was great to work for; great at man management and also had a laugh with the players. He had a happy medium you need to be a top manager. And yes, I think he would be successful in today’s game because football people are always football people.

SN: And finally, on the topic of scousers, tell us about taking a certain Liverpool captain for a shortcut…

Brilliant, thanks for your time big Norm.