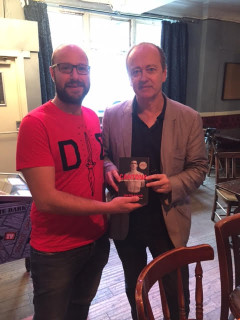 Win a Signed Eric Cantona Biography by simply subscribing to Stretty News TV and answering the following question based on @JonathanShrager’s in-depth interview with esteemed author of the acclaimed book, Philippe Auclair;

Who is the biographical source on Cantona described as a “godsend” by Philippe?

Email your answer to (N.B. this competition has now ended, with the winner already determined) with the subject title ‘Philippe Auclair’. In the message area, please contain your name, address for delivery, and twitter handle.

During this in-depth sit-down, @JonathanShrager delves deep into the world of Cantona, his idiosyncrasies and eccentricities, his upbringing, the French media perceptions (and misconceptions) of Eric throughout his stories career, the process of compiling a comprehensive and compelling chronicle on the captivating Cantona, the intimate sources drawn upon to do so, his love affair with Manchester United, his seemingly premature exit from the beautiful game, and much much more.

The Auclair sit-down is one of an ongoing series of interviews with ex-United players and luminaries conducted by our resident interviewer Jonathan Shrager, who prides himself on getting to the heart of his subjects, and consequently gaining insights into the essence of our beloved club Manchester United.