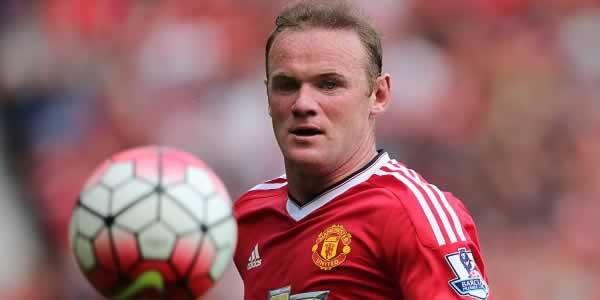 Love or loathe him, you probably tuned into Monday night’s Wayne Rooney documentary. My initial thoughts were ‘here we go again, another PR stunt’ to mellow a few of us that have become fed up with his lackadaisical displays on the pitch.

Despite Wayne being our captain and top goalscorer-to-be, granted he gets his act together, there’s a feeling towards him that fans have fell out of love with a player they once adored.

The transfer request episodes, in particular, that involved Chelsea and Manchester City have never fully left my mind. I always reflect on those and wish they didn’t happen as Rooney came to Old Trafford and looked destined to become a legend. That now, even though many will argue his goalscoring tally deserves such status, hangs under a cloud.

Then behind it all you could have an alternative perspective. This is a genuine bloke who’s shot himself in the foot a few times which is something we’re all guilty of but Rooney has it printed on the front pages.

The documentary itself was a good watch. Gary Lineker did the interviewing and granted us parts to Rooney’s life never seen before. Making sure his kids have the best of everything, the BBC appeared to do its utmost to put him across as a loyal family man, although maturity throughout the years may have actually done that.

Big names such as Cristiano Ronaldo, David Beckham, David Moyes, Sven-Göran Eriksson, Louis van Gaal and Zlatan Ibrahimovic made appearances and all had nothing but positive things to say about the Manchester United striker.

However, strangely enough, Ronnie was asked whether he regretted backing Ricardo Carvalho, his Portuguese team-mate, at the 2006 World Cup after Rooney stood firmly on his bollocks. Erm. The English media never fully studied that incident, did they?

Pardon the pun but that extracts the urine a little.

But where was Sir Alex Ferguson in all of this? Is he still upset with the BBC? It’s hardly anything to do with Rooney, who has seemingly made up with his former manager, correctly labelling the Scot the best manager of all time when asked about the little tiff they had prior to Fergie’s retirement.

An observation many pointed out is that with Rooney unfortunately being a footballer in decline you would almost forget how terrifyingly good he once was. The injuries didn’t help but nor did dicking around with a footballer in his peak with the unhealthy expectation that he could play anywhere. It’s a compliment to be asked play in numerous positions for a club like Manchester United but he never really got a consistent break up front in his heyday.

Being proved wrong would be sweet. I wish I didn’t think Rooney’s best days were behind him but few people could convince me otherwise.

The documentary gave us great insight into his life and successfully mellowed me a bit towards him as a bloke. Just get your bloody goalscoring boots back on, la.

2 responses to “Déjà Ru – That documentary with Wayne Rooney”