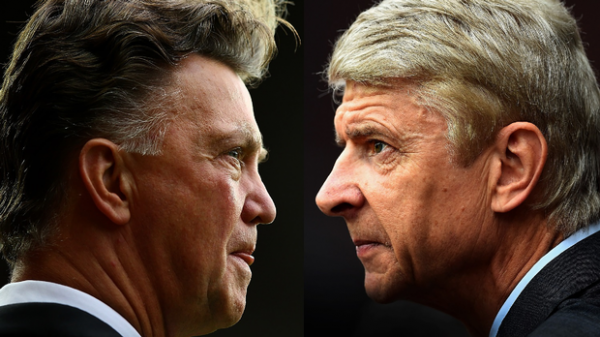 “They’re soft. They’re weak.” Those are the words Roy Keane used to describe Arsenal following their midweek defeat against Greek side Olympiacos.

Keane, as per usual, is bang on the money. An underrated pundit that gets under many people’s skin but what nobody can question is his value in the broadcasting field.

“There is a certain weakness to the group. They look like they lack characters, leaders and winners.”

Unfortunately for everyone involved the days of Patrick Vieira and Roy Keane going head-to-head down tunnels are long gone. There is a genuine lack of character, leadership and winning mentalty in English football – not just Arsenal.

This topic could not be examined by a better man than Roy. He ran the show and got stuck right in when it mattered. I don’t fancy Aaron Ramsey or any other Arsenal player for the matter to replicate what Vieira brought to the team on feisty occasions.

You could argue United have Bastian Schweinsteiger and Morgan Schneiderlin willing to reintroduce bite to this fixture but we’re still lacking something if it’s not there from the opposition.

When the reds travel to the Emirates this weekend a lively encounter will be put on show but what about the grit? Neither side looks a patch on what they were when challenging for domestic crowns which has contributed to this sense of flatness.

It once consisted of players that had faces you’d never get sick of punching. Yes, a reference to Martin Keown, the fuckin’ troll, but how great would it be to have that feeling of hatred return?

Don’t get me wrong, I’m looking forward to the game, but nowhere near as much as I used to or should be.

The Battle of the Buffet, splashes of red wine or Vieira having a go at Gary Neville… Nowadays, in comparison, it’s a friendly get together.

We joked about Arsenal no longer being considered rivals because we were winning titles while they were busy constructing a new ground and celebrating top four finishes. In hindsight it’s laughable, considering our draught since Sir Alex Ferguson’s retirement.

Maybe the lack of competitive ambition will bring back some tension between these two football institutions but the personnel isn’t there. Arsenal’s answer? Lil Jackie Wilshere.

Arsene Wenger and Louis van Gaal are two very difference species of the managerial world. Analysis from Michael Cox of ESPN hit the nail on this one, so instead of trying to replicate his good hard work, here’s a snippet:

“Wenger is the father figure who indulges individuals, and insists upon improving players through ‘guided discovery,’ creating training-ground regimens so players arrive at their own conclusions about how to play. Wenger believes this is the best way to instil beliefs in his players.

“Van Gaal, however, is the headmaster, the strict disciplinarian who preaches the importance of the system, and drills players in a positional sense, creating set patterns of passing and movement to help unlock opponents in a methodical, predetermined, almost robotic manner. Last month, a British tabloid ran a story suggesting United’s players thought Van Gaal’s training sessions were too strict, too boring. But United’s familiarity with the system is unquestionably excellent.”

Wenger, who knows what it’s like to manage a balanced team, seems to have lost his way a bit. The current team is top heavy, a good replication of American model Kate Upton, and lacks an experienced midfield enforcer that will battle with winning know-how.

It is fair to say United have more steel and are more organised. The manager has it drilled into his players how exactly they should perform using what he would call a philosophy – a phrase used regularly by the Dutchman without being fully explained.

Whether van Gaal is the right man to bring domestic success back to Old Trafford I don’t know, but I would argue he’s done a good job at getting the club back on track after the infamous David Moyes reign.

A win on Sunday would keep United on top of the Premier League table. They need to keep up the momentum before heading into a busy Christmas period if challenging for the title is to become a realistic objective.

Anyway, here’s to some handbags this weekend. Even if it’s just two managers whispering sweet nothings in one another’s ear.