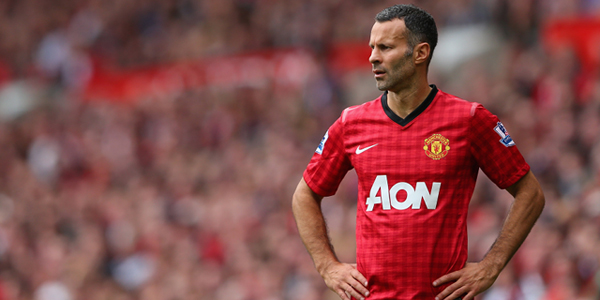 It is a statement that will attract heat in my direction without a doubt as Ryan Giggs holds a special place in the hearts of Manchester United fans.

He is something of a cult hero, nevertheless Alex Ferguson/Sir Rent-a-Quote’s insistence that Giggs was one of only four world class players he managed at Manchester United. It is of course sensationalist nonsense probably calculated to sell books. Because if there is one thing champagne socialist Ferguson is about more than anything it is making money.

I’m not even sure Giggs would make the starting XI of a definitive Alex Ferguson Manchester United team. Giggs was a wonderful player on his day but for his entire career his day did not come often enough, he was frustratingly inconsistent and for the first half of his career, beset by niggling injuries.

Being world class requires one to be at the cutting edge of excellence. Foremost among the best and to be that requires consistency, something which Giggs’ individual career glaringly lacks despite its astonishing longevity. It would be like calling the Stone Roses a world class band when, quite frankly, they were not. One great album and one bang average album along with only a half decent live performing ability leaves the Roses someway short of the consistent brilliance and first rate musicianship of The Smiths. Just as Giggs fell someway short of contemporaries such as Roberto Baggio, Zinedine Zidane and Luis Figo AND…several of his own teammates.

This is all opinion of conjecture of course but after spending several days stewing on it I’ve put together a list of players who I considered to have achieved that rather abstract moniker of “world class” while playing at United under Ferguson:

Those players delivered and delivered consistently to such a point where even on their worst days everyone, from teammates to fans to the opposition still lived in expectation and fear those players would deliver a game changing contribution to proceedings. They often did.

I haven’t read Ferguson’s book where his, at least in his own mind, final and definitive definition of “world class” is bestowed on this blessed handful of players. I have no desire to either. Ferguson seems to have been waging some sort of one man guerrilla propaganda war against the club which defines him and in turn he redefined. Popping up at semi-regular and wholly inconvenient intervals since his retirement to remind us all how brilliant he was.

Yes Alex, we know you were brilliant pal, we were all there! That however does not absolve him of the barely hovering wreck of a team he left behind which in my mind was the main factor in the very calculated timing of his exit. Timing which flies in the face of his own public regret of not winning more European Cups. His own world class management of Manchester United should always be admired and remembered but his post-retirement ramblings should be taken with a pinch of salt. They are nothing more than sensationalist headline grabbing and score settling for a quick buck and grabbing a quick buck was something that typified his career in the era of debt laden Glazer ownership.

You wonder what slights the players who were left off Ferguson’s world class list were guilty of. Players who without, Ferguson would never had achieved such unprecedented success with a longevity that will never be seen again. Giggs was one of those players, however he didn’t make the world class list, he was the superb supporting actor. The Robert Duvall to Al Pacino in the Godfather. There is no shame in that of course, Giggs has had more success in his career than most other players will have in their careers combined. It did not however, make him world class.