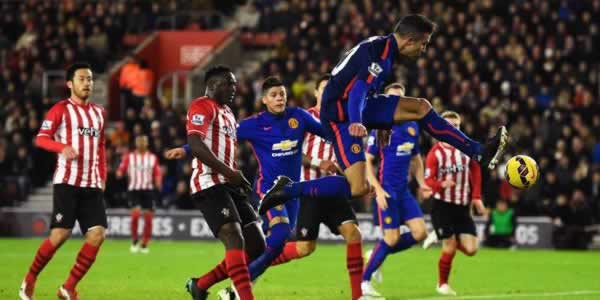 Manchester United travel to St Mary’s on Sunday, facing a Saints side who’ve won just 1 of their last 5 games in the Premier League; however it’s a fixture that has produced 2 draws in the last 4 meetings.

It’s a game that should produce goals with the Saints’ in form Dusan Tadic netting 2 for the team so far, the man who upset the Reds the last time out, with the only goal in a 1-0 win at Old Trafford last season. However, that was the first time in the two sides meeting, where both teams didn’t convert; for 6 years.

With Wayne Rooney probably out with a hamstring injury, it looks like youngster Anthony Martial will lead the line for the Reds, most likely with Mata, Depay and Young behind. I expect Ander Herrera or Bastian Schweinsteiger to start, alongside Morgan Schneiderlin, who’s chance it is to face his former club, the same would go for Luke Shaw – however the full back won’t feature due to the devastating injury he picked up on Tuesday night in Holland.

With Shaw out, it’s likely for Marcos Rojo to earn his first start of the season at centre half alongside in-form Chris Smalling, with Daley Blind moving to left back, and August’s player of the month Matteo Darmian sustaining his place at right back. Of course, David de Gea is expected to start between the sticks.

I expect it to be a brilliant fixture, and hopefully a successful one for the Reds. It’d be nice to keep a clean sheet at St Mary’s, something United have not managed to do in any of their last seven league encounters against the Saints. However, all 4 of the league meetings between Ronald Koeman and Louis van Gaal have ended as away wins (PSV Eindhoven v AZ Alkmaar in 2006/07 and Southampton v Man Utd in 2014/15). So going off that stat, United should come out victorious on Sunday!

Kick off is 16:00 GMT, and my prediction is Southampton 1-2 Manchester United, a reoccurance of this fixture last season.

One response to “Match Preview: Southampton vs Manchester United”