Newton Heath was the birthplace of the Newton Heath Lancashire and Yorkshire Railway Football Club which was established in 1878 and later became Manchester United Football Club. To many this is the start of the story of a football club that became one of the world’s biggest with Newton Heath being a starting point in its now infamous history.

But what did become of the town where it all began and its links to football. Well in truth not much, only a couple of references actually mark any link between the town and the now world famous Manchester United. The library on the bank of the Rochdale canal bares an image of a United and City player battling to head a ball and nearby streets are named after the Busby Babes. Though this respect is shown to the men that lost thier lives in the 1958 Air Crash at Munich, it’s still no direct link to the men of the Newton Heath LYR F.C and the roots of the club.

This you have to dig a little deeper to find… The only remaining link between the town and United being North Road, which was the pitch that Newton Heath LYR F.C played on from its foundation in 1878 until 1893, when the club moved to a new ground at Bank Street, Clayton. The North Road ground consisted only of the pitch, around which an estimated 12,000 spectators could congregate around. The addition of stands in 1891 increased the capacity to about 15,000 for the 2 years before United moved on.

Today the stadium no longer exists, and North Road has been renamed Northampton Road. After a spell serving as playing fields for locals, Moston Brook High School was opened on the site. A red plaque was attached to one of the school’s walls, marking the location of the old stadium, but it was stolen and not replaced following the school’s closure in August 2000. The site is now home to Fujitsu Services as shown on the map above, the ground ran lenghways along Northamption Road covering the space now occupied by the three office buildings.

Why is this all relevant to the title I hear you ask, well because despite the history of United and its links to the town, Newton heath is one of North Manchester’s most deprived towns. In recent years FC United put in a planning application to convert the then run down Ten Arcs sports complex site (half a mile away from North Road) into their new stadium which would have brought a football club back to the area and also the facilities to encourage the local children to take up football and keep them off the streets. However, due to local government funding cuts and the banking crash of 2008, the project was halted at the planning stage and FC United moved on to building their ground at Broadhurst Park. This yet again left Newton Heath with no local football club or the facilities for local children to play sports.

This was until a couple of months ago when locals Ian Laider and Ian Holden set up Newton Heath Junior Football Club. The club which as you can see from the pictures has fully embraced the heritage of the town and its links to Newton Heath LYR F.C & United by playing in Green & Gold which also features on the club badge. In the few short months since the club began its life it now boasts four teams (2x U7s, 1x U11s and 1x U14s) who play their home matches at Orford Road and train every Wednesday at the now refurbished Ten Acres Lane site. 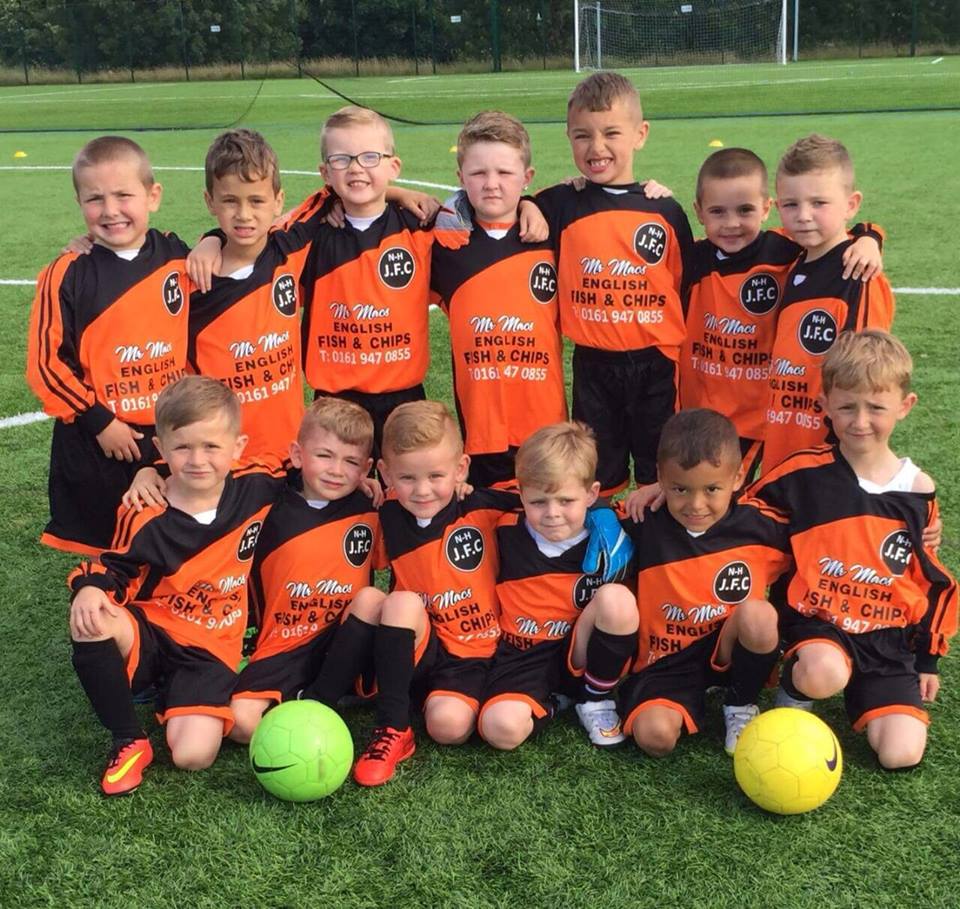 The Under 7’s line-up in their away kit 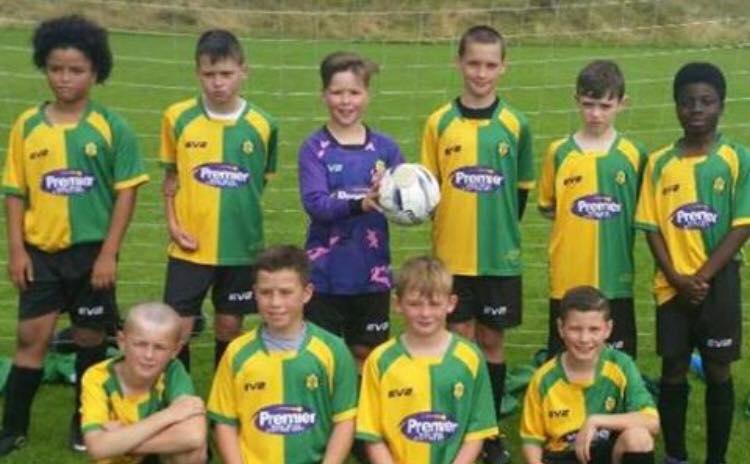 MUST caught up with founder and Co-Chairman Ian Laider on why he set up the club and what he hope the club can bring to the area for the future.

“I did it being from Newton Heath which should be the heart of football in the East of Manchester but nothing was here. You have all the Moston teams, Failsworth teams but nothing in Newton Heath. Parents have to travel & I don’t think they should, Newton Heath as an area is deprived but it should have everything on its door step to get kids off the streets & playing sports and that’s what I’m trying to do.”

“We have started four teams since April and looking to add to that year on year to give as many children in the area the chance to play football”.

Frederick Attock the first president of Newton Heath L&YR F.C and the members of the dining room committee at the carriage and wagon works at Newton Heath Lancashire and Yorkshire Railway would never have envisaged what would become of their football club long after they had passed but it was the simple idea of bringing men from different departments and rail companies of the Newton Heath railway depot together to play football that sparked off the historic tale of a North Manchester town and the now world famous football club it originated from.

Over a century later and a new dawn has risen again from the very same town, this time with the same idea to bring together the local children of the area to play football but also the vison to improve their lives and those of the town, for many generations to come. Maybe someday Newton Heath will be able to have one of their own follow on from the clubs founders to be able to proudly pull on that famous red shirt.

Some sad news came to us just before publishing this article that Newton Heath JFC lost one of their young stars in 10-year-old Aaron Asiedu, who had died after an injury at home playing with his brother. Aaron had been playing for Newton Heath since they were established in April of this year and was scouted by a couple of clubs including Blackburn and Burnley. The community around the club and town have come together to raise funds towards his funeral and for his family of which to date around £4,000 has been raised. 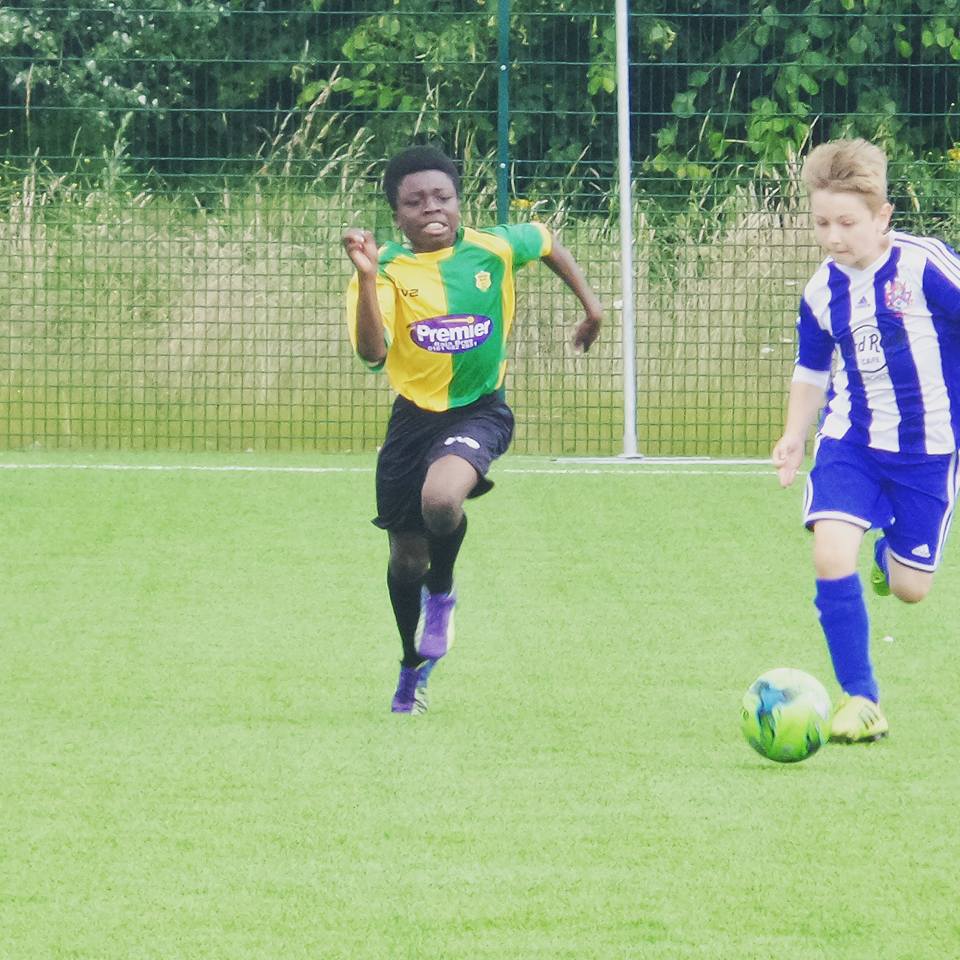 Aaron closes down his opponent, sporting the club’s colours of Green & Gold

If you would like to make a donation to help his family during this tough time please click here.

Also if you live in the East Manachester area and want to get your children or yourself involved in the club you can contact Ian on email footy.coach@yahoo.co.uk or phone 07593036908.