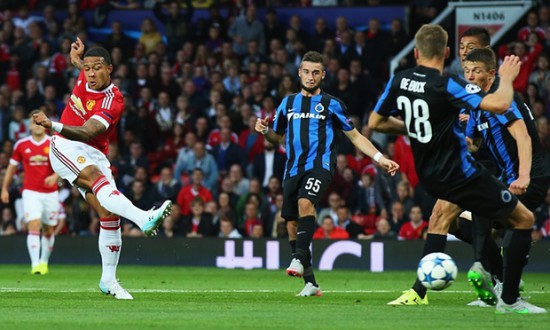 Tonight we learn whether or not Manchester United qualify for the Champions League group stages. Louis van Gaal’s side face Belgian opposition Club Brugge with a 3-1 aggregate scoreline.

An early away goal should put the tie to bed.

Goalkeeper – I’ve said it each week that Sergio Romero still has convincing to do but time is running out to strengthen between the sticks and David de Gea’s exit is still looking likely. Whenever the pass is passed back he looks like a new kid at school ready to shit himself. This needs addressing.

Defence – Nothing to add here. All have been excellent so far this season.

Midfield – Ander Herrera starts! I cannot control the excitement. Watch him run the show with terrific turns and urgency in attack – if LvG allows him.

Striker – Big night for Wayne, who needs a boost in confidence. A goal or two may help and remove that cloud of pressure that hangs above his head.

There will be another Strettycast recorded on Thursday which will reflect on tonight’s game. The first podcast of the week can be heard here or through the audioBoom player below.