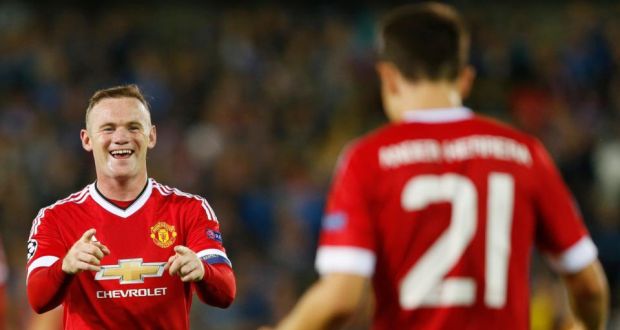 Louis van Gaal spoke to BT Sport following Manchester United’s 4-0 hammering over Club Brugge. Below are some of the topics and responses touched on before the squad set out on their travels to Manchester.

When asked about the performance against Club Brugge, the boss said: “I think that we were very organised and we played more simple than before.

“We scored so that is good.”

Van Gaal’s thoughts on Rooney ending his goalscoring drought: “Every goal shall give confidence to the front players.

“I am very happy for him, he was generous to give the penalty to Chicha but I think it was a slip.

“He has the best mentality that you could imagine.

“And players at his level will always come back.”

The boss could potentially face his former clubs Bayern Munich and Barcelona in the upcoming group stages draw. He responded: “I shall watch the second team and I think that’s more important.

“I don’t think they [Barca and Bayern] want to draw us.

“It was a glorious night for Manchester United but Swansea City is the most important now.

“Last season we lost six points against them so we have to improve that.”