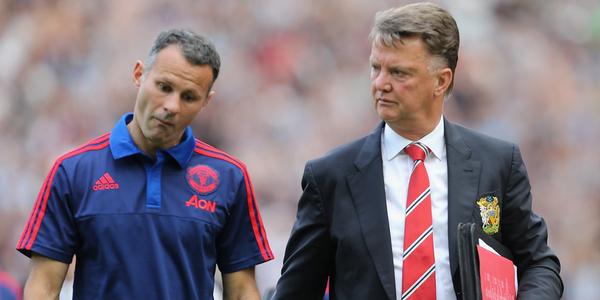 After arriving in Brugge, Belgium, Louis van Gaal faced the press to answer questionson the second leg of Manchester United’s Champions League qualifier. Last week’s encounter ended 3-1 with a last minute winner from ‘Plan B’ Marouane Fellaini, who joined the manager in the press room.

– Louis van Gaal says the game in Brugge is the biggest of the season, as aim was to be in the Champions League.

– Speaking about Marouane Fellaini this season, the manager said: “This year he will play as a no.9 and no.10, rather than 6 and 8, because there we have other players.”

– van Gaal on the starting eleven to face Club Brugge and Ander Herrera’s lack of game time: “You shall see. We need every player because the Premier League demands so much. I have to rotate.”

– Fellaini on his first season as a Manchester United player: “I know my first season was difficult – it’s in the past. Now I’m looking to do well and score goals.”

– When Januzaj, Lingered, Pereira and McNair were all named dropped, the boss had this to say, not sounding like a man convinced our business this summer is done: “Those players will play more or less minutes depending on what happens in the transfer period.”