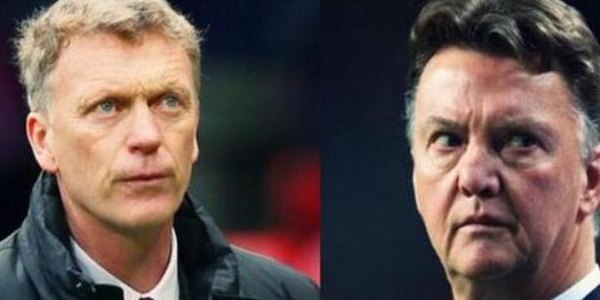 “We will try and do it (sign players), but from what I saw of the players, I’m more than happy with the players I’ve got.

“I thought they played really well, probably the best we’ve played this season.”

“The performance was one of the best in my period […]”I have a lot of options. I have chosen Chicharito, because he is another type from Rooney, and we have also Fellaini, who is another type, then I have Wilson and Januzaj, so I don’t think we need a striker.”

The similarities are unerring. My initial reaction to M***s’ comments were shock and dismay. I’d always admired M***s’ quality at Everton of being a straight shooter, is his team were poor he’d say so and not insult everybody’s intelligence. United did not play well against Liverpool that day in a largely forgettable affair, they had plenty of the ball and did very little with it. M***s, however, refused to acknowledge reality in what would become a depressingly regular occurrence.

Sound familiar? Well Louis Van Gaal, evidently not satisfied with sharp, incisive and high tempo 4-3-3 which yielded good results for a brief period last season, decided to revert to what we saw before: Stale, dour, safety first football which has yielded just two goals in three league games – one own goal and a deflection.

Our reactions to Van Gaal’s comments were probably similar: Now hang on a second pal that’s a load of codswallop! We all saw these bloody games and United were utter rubbish to watch – bar a glimmer of hope against a depleted and third rate team from Belgium – and Januzaj and Fellaini are not strikers. Although they do look better strikers than United’s first choice number 9 right now. As for performances, United have only been impressive and successful in the same way the sour, middle aged office jobsworth successfully organises his desk.

Speaking of sour, middle-aged men, Rooney is starting to resemble one of those. He looks like a haggard has-been and considering how many miles on the clock he probably is. One stand out stat from the weekend was that Van Gaal’s current golden boy has played 300 senior games more than one-time transfer target and Chelsea new-boy, Pedro. Pedro is only one year Rooney’s junior…

Still, back to the boss, Van Gaal has begun to remind me of David M***s more and more of late. He doesn’t have the same look of constant surprise in his eyes but that total denial of reality is there. Insulting everybody’s intelligence by describing a match the rest of never saw. His description of United’s performances of late were as if he watched something akin to Hungary’s Magical Magyar team thump Ingerlund 6-3 at Wembley. Sure the first twenty five minutes was bright and breezy but once Serbian psychopath Mitrovic smacked the crossbar United reverted to groan-inducing possession based conservatism and late desperation.

Some may argue Mourinho did the same against Man City with his post-match comments, claiming his Chelsea team played well when they in fact deserved a far bigger thumping than the 3-0 one they got. However, Mourinho was casting an eye over Pedro and also in the midst of attempting to solve his lack of pace at the back with Baba Rahman and Harry Potter extra, John Stones. United’s now desperate need for someone to add pace, goals and the elusive and mysterious “first touch” to the attack looks increasingly like it won’t be addressed. Mourinho’s words may have been protecting his players but his actions said otherwise.

Not Van Gaal whose actions are married to his words. When United needed a goal on Saturday, Van Gaal threw on a holding midfielder, a striker he doesn’t want and most criminally, Antonio Valencia, increasingly looks like a bemused fan who happened to have his kit on and got lucky.

How did the delightful Ander Herrera wrong Van Gaal so badly too? He was the star man of the club’s renaissance last season, a man who finally reminded us why we enjoy watching United. A driving, creative, free spirit with a smile on his face, a song in his soul and a goal at the end of his boot. Him and Mata together looked like the future and they “got” playing for United too.

Instead Herrera has been dumped unceremoniously out of the team with no satisfactory explanation and Juan Mata’s influence has been marginalised to the right wing. Van Gaal’s quality is not in doubt, his track record is excellent but it is also littered with stubbornness and intractability to the point of committing Hari-Kari to prove a point. Just ask Bayern and Barca. One suspects Van Gaal would be happy with his team not winning provided they didn’t win his way carrying out his instructions to the letter. It was an approach that put the nails in Moyes’ coffin as he alienated fans and players.

Van Gaal has improved United from where they were before. Although considering the amount of money spent, it’s like saying the Ukrainian village of Pripyat is looking a tad perkier these days. The concern however, is that Van Gaal’s sheer, stubborn b***ard mentality overrides his quality and prevents United from being truly competitive again.