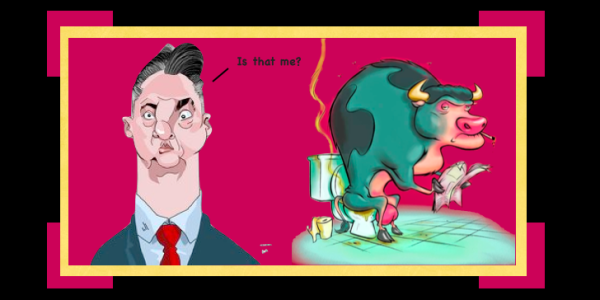 Manure is what haters like to call United. As plays on words go you have to admit it’s clever. Unfortunately there are certain occasions when manure is also what the club serves up to its supporters. The rhetoric coming out of Old Trafford after the failure to sign Pedro is the latest example.

Before Ed Woodward hopped on a plane to the Catalonian capital, Louis van Gaal was on record as saying he only wished to sign players with speed and creativity and that the fourth wheel in Barcelona’s front three aptly fit the description. He was also on the record as saying none of his players were guaranteed a place in the starting eleven. That’s sufficiently straightforward to be appreciated.

Yet when it was announced Chelsea had agreed a £21 million fee to purchase Pedro, seemingly before the United Executive VP could even board a plane to return empty handed, suddenly the Dutchman was less than his usually blunt self. Rather he was as evasive as Memphis Depay with the ball at his feet.

Saying Pedro fit his profile didn’t mean the club had interest in the player. Of course not. Because who needs a speedy, creative forward who is a) desperately available, b) plays on the side where you are weakest in attack, and c) would be an upgrade to any club save two—Barcelona, with Lionel Messi, Neymar and Luis Suarez up front, and Bayern Munich, with Arjen Robben, Franck Ribery, Thomas Müller, Robert Lewandowski, and Mario Götze? If that wasn’t enough to send the needles on the bullshit detector into a manic frenzy Van Gaal added he had every confidence in Woodward, whose most memorable quality appeared to be an unflagging ability to provide his manager with daily updates.

“I have the idea you want to separate Ed Woodward with me. Never. Never, because every day I am updated by him and I trust him. I don’t think [the critics] have to doubt Ed Woodward because he has proven already for many, many years he is the right person on the right spot.”

That last isn’t how I would describe the obviously out-of-his-depth Englishman as he sat in a chair outside Josep Maria Bartomeu’s office, briefcase on knees, idly composing a report to his supposed subordinate while the Barça president wrapped up a telephone conversation with Jose Mourinho. Nor would I describe two as “many, many years,” but then again I’m not a hamster.

When asked his version of events, Pedro, who is evidently a class act, declined to criticize United or confirm the most credible rumor out there. We may never know whether banished United goalkeeper Victor Valdes warned him against coming to play for Van Gaal while Chelsea midfielder Cesc Fàbregas convinced him he’d adore playing for a manager he once vilified for poking the late Tito Vilanova in the eye. Instead he merely said Chelsea moved quickest to make him an offer. Well, yes, a telephone call is faster than an Aeroflot flight, if less personal. Yet more to the point when it comes to playing for LvG, Pedro added that the Special One did guarantee he would play.

Given the status of both Valdes and David de Gea, as well as the criticism of Adnan Janujaz after the youngster scored what remains the club’s only league goal from the run of play, it’s not a stretch of the imagination to envision Louis refusing to assure the Spaniard he would be his first choice on the right side. The bullshit is piled high in this fiasco but I do believe the Dutchman changed his mind about the player and pulled the plug on the deal. I also believe that this time it wasn’t Ed Woodward’s fault the deal fell through—unless you wish to blame him for keeping his manager in the loop. Pedro may have been willing to come to United even in the face of Valdes’ alleged warnings, realizing his skillset dovetailed perfectly with the club’s need. All he required was a kind word to demonstrate he was valued in the one way he hadn’t been at the club he loved. Unfortunately for United and its supporters, Louis van Gaal doesn’t do kind words.