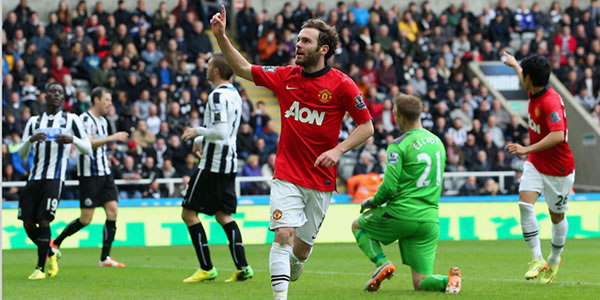 Given the start Manchester United have had to the new Premier League season and Newcastle’s one point from a possible six, the Reds fully expect to win their third consecutive game – not including the first leg Champions League qualifier win over Club Brugge during the week.

The Magpies are still in the hunt for their first win of the season which is unlikely to come at Old Trafford on Saturday. Steve McClaren has a lot of work to do at St. James’ Park and it’s difficult for their fans to be optimistic after how the first two games of the season went.

Ronald Koeman’s Southampton, who have had an equally poor start to the new season, held Newcastle to a 2-2 draw on the first weekend. Then, last weekend, it got worse for McClaren, seeing his men suffer a defeat against Swansea City.

According to chroniclelive.co.uk, this week Newcastle have built up for a tough away fixture at Old Trafford with hard training sessions on Monday, Tuesday and Wednesday but the week will be ‘tapered’ down at the end as players and coaching staff focus on tactics and their game plan.

Another nice piece of info from that article is how McClaren now makes his Newcastle players to wear suits for home fixtures, a new tradition for the club.

It’s a big ask to get the season rolling with an away win at Old Trafford and not even their fans will be expecting that. United have yet to concede a goal in the league with clean sheets kept against Tottenham Hotspur and Aston Villa.

Most of the talk this week has surrounded Wayne Rooney. Lets face it, he’s been awful and we’re not getting 25+ goals out of him this season which mean you can rule us out of any title race. Chelsea and City both have strikers capable of doing just that whereas it is exactly where not only United but Arsenal will struggle. That is unless they invest in world class goalscorers.

As explained on this week’s Strettycast, Rooney could go on a spree of 7 or 8 week scoring for fun. That’s not consistent enough for United to compete but it could start this weekend – Newcastle are not the strongest side defensively.

The only change I would like to see to the starting eleven against Aston Villa and Club Brugge is Michael Carrick for Bastian Schweinsteiger. The England international is still considered Mr. Reliable but he’s not quite been at the races since pre-season and Schweinsteiger is eagerly awaiting his first start as a Manchester United player.

Weight has been lifted from Memphis Depay’s shoulders since scoring a brace midweek. The brightest prospect to come out of the Netherlands in recent years will have even more confidence in his locker as he hopes to open yet another defense.